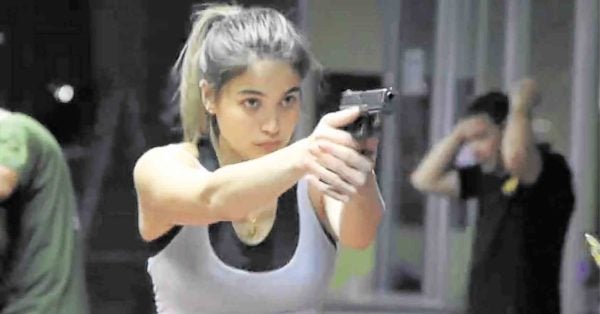 Time was when many film buffs dismissed local action movies as being “deader than a dodo bird,” permanently done in by overaged action superstars and their smug producers’ failure to keep viewers excited and dynamically entertained.

For many decades, action blockbusters were a reliable staple of the local movie industry, making big bucks for producers from year to year.

But, after years of being taken for granted, local action aficionados finally got fed up and rejected the film luminaries and moneybags who had been taking them for granted and watched the bigger, more exciting and more dynamic Hollywood action blockbusters, instead.

At first, the old and overweight action has-beens didn’t know what hit them! After more than a decade of “lifelessness,” however, action producers have finally realized that the formerly dominant action film type can be “resuscitated” only if they’re made fresh and current again.

That includes lining up a new set of younger action stars for similarly youthful viewers to more fully empathize with.

Signs of the now more literally active film times and tides include the great showing on TV of “FPJ’s Ang Probinsyano” and some other action-oriented series; the release of new film actioners like Toto Natividad’s “Double Barrel,” as well as the big-deal revival of past hits like “Ang Panday,” “Darna” and “Pedro Penduko.”

Truth to tell, the fact that the revived titles we’ve mentioned are nostalgic references to past hit actioners is not the right way to go for the current attempt to breathe new life into Filipino action films. It’s too easy to just do the “updated” versions of old hits.

The more truly dynamic and engaged approach should be to more creatively create the Filipino action film for this new “incarnation” of the long-dormant or even comatose local actioner.

Another major challenge is to come up with a new batch of young action stars for viewers to connect with.

This requires much more than just taking “existing” stars and starlets who are buff and physically fit, and turning them into action stars.

Each new star has to have “something” dynamic and unique to make him stand out.

Like in the old days, Fernando Poe Jr. (FPJ) was very different in essence and appeal from Joseph “Erap” Estrada.

That’s an impressively sizable list of new action-drama projects in the pipeline, but the stars mentioned are generally “one-shot” action players.

What we need are new action stars who will build long-running careers in the film type, like FPJ and Erap did during their ascendancy.