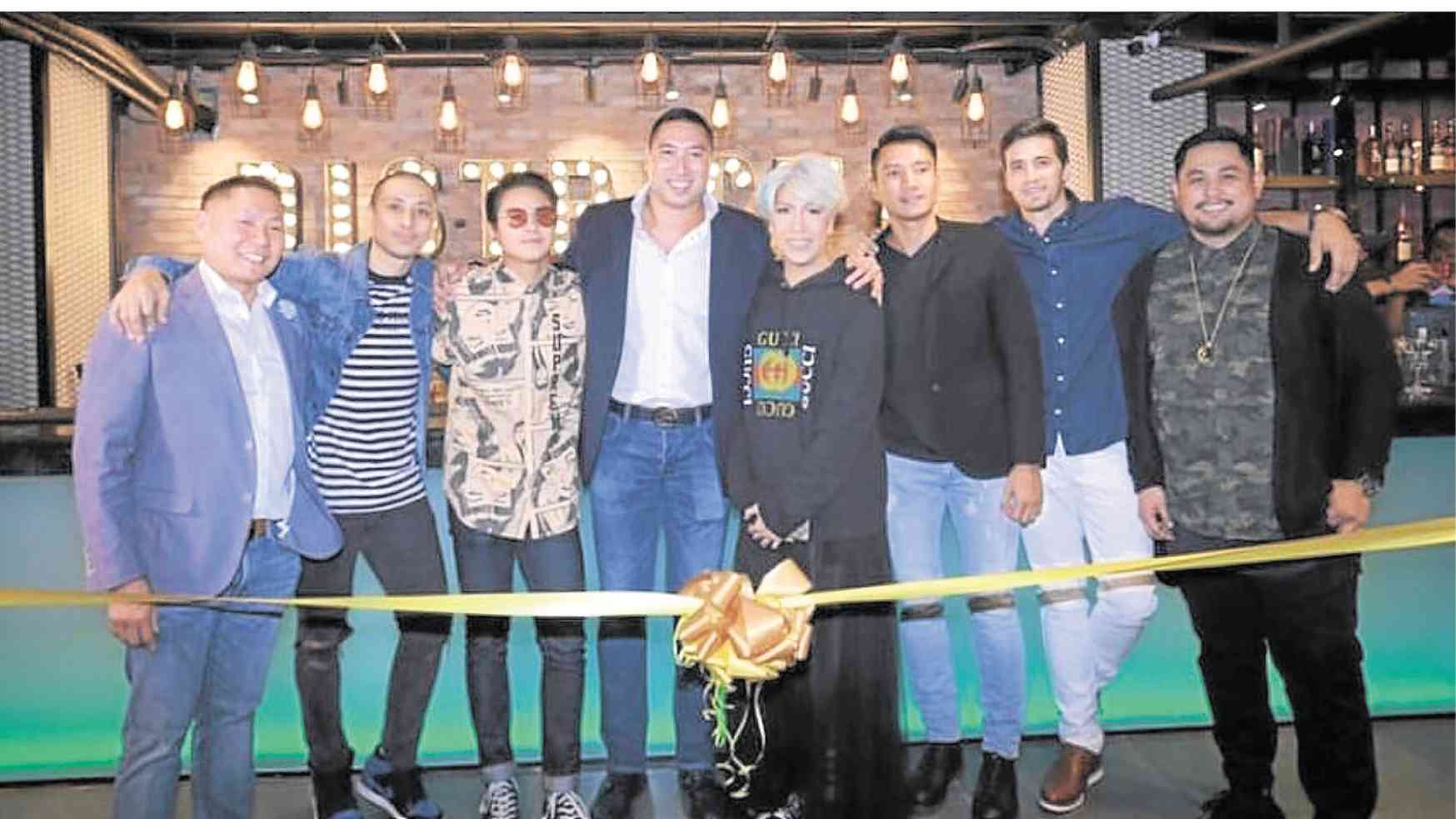 What an epic night it was at the grand opening of the newest gastropub, District 8 (D8), at the G-Strip in Greenhills.
It’s owned by James Yap, Daniel Padilla, Vice Ganda, Marc Pingris, Paul Artadi, Charlton Yu, Kel Zaguirre and Francis Zamora.
The interiors of the chill-out joint have the artsy and industrial feel of establishments dotting the hip meatpacking district of New York.

It is Daniel’s first business venture.

“It’s about time I branch out of show biz,” he said. “Kathryn (Bernardo) and I are also planning to put up a biz.”

DJ came straight from the graduation of his half-brother (who’s my godson), JC Padilla, son of Karla Estrada and Naldy Padilla.

“I’m proud of my bro,” he beamed. “It felt like I also graduated. At least I got the feel of it.”

It was my first time to meet Daniel. Now I know why everyone says he is so “real.” He has no star complex at all. The young superstar even gamely took our selfie. Then, he asked Kathryn to pose with me.

Another amazing thing about Daniel is that he still hangs out with the same friends who were there for him when he was still a nobody.

Karla and Naldy have remained friends. It was nice to see them partying together. Naldy told me that even he and Rommel Padilla (dad of Daniel) were in good terms.
JC might also join show biz, but as a singer. He’d rather leave the acting to his brother.

James and I have a standard greeting (which I coined) when we see each other, “Vodkanize!”

Being a professional cager, James hardly drinks. But, that night, he drank hard to celebrate his latest venture.

James’ gorgeous girlfriend, Mic Cazzola, is an expert in mixing drinks. She said that, one of these days, she would concoct her own cocktails for D8.

It was a star-studded affair. Some of the guests spotted were Pia Wurtzbach, Julius and Tintin Babao, McCoy de Leon, Jolina Magdangal, Danica Pingris, Ciara Sotto, Karylle and Yael Yuzon.

Check out D8 and get dressed to chill. 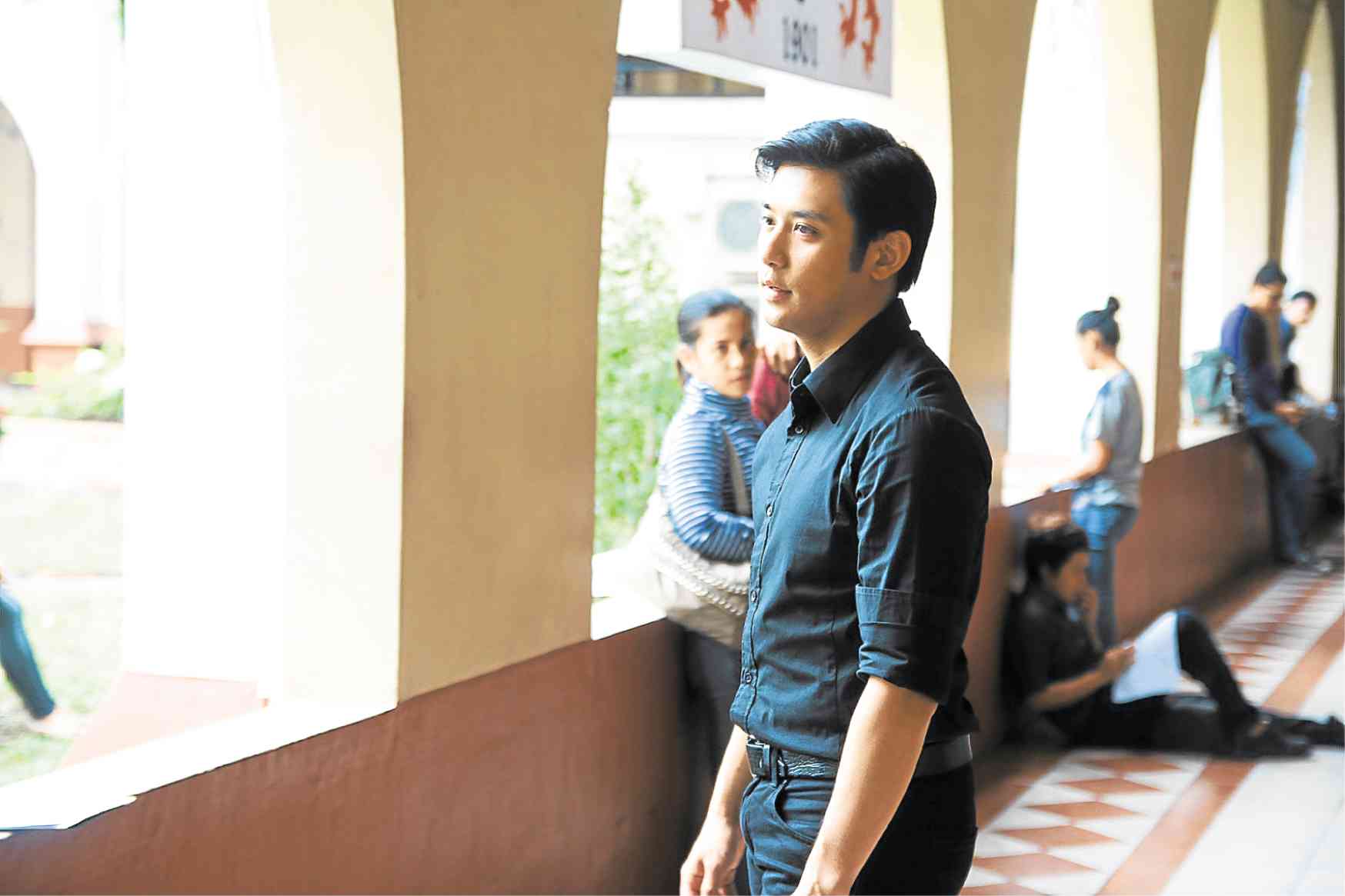 I was impressed by Rocco Nacino’s acting in “Bar Boys.” We gave the movie a grade of A at the Cinema Evaluation Board.
It centers on the travails of law students as it peeks into a special kind of brotherhood.

The film is funny and heartwarming in equal parts. Rocco was able to relate to his role because it reminded him of the days when he was still a nursing student. He passed the board exams, then show biz beckoned. Bravo, Rocco!

Here’s my chat with Rocco:

Is it harder for you to do comedy or drama? Both fields are hard because, in each, you need a certain technique to ensure proper execution.
In comedy, the use of improvisation comes into play. You have to pull that talkative side out of you. Dead air is a no-no.
It’s harder for me, because I’m out of my comfort zone. But, I’m glad I was able to try comedy for the first time in “Bar Boys.”

Tell us about your ad-libs in the movie. They came out naturally. I didn’t know if I could pull it off. You’ll see my naughty and clownish side. It’s a lot of fun!
All of us had different objectives in our scenes together, so we had no choice but to ad-lib, to achieve a desired objective.

What would it take for a girl to pin you down? The girl has to be competitive and outgoing like me. I want someone who can beat me at things I like to do, and she must make everything fun.

Are you happier single or when you’re in a relationship? For now, I’m happy being single. I’ve always been with someone my whole adult life.
So now, I’m taking my time to enjoy being a bachelor and making the most out of it, so when the right person comes, I know I’m ready.