Frequently cast as a street urchin, indie actress also has the makings of a glam chanteuse
By: Bayani San Diego Jr.
Philippine Daily Inquirer / 12:20 AM August 19, 2017 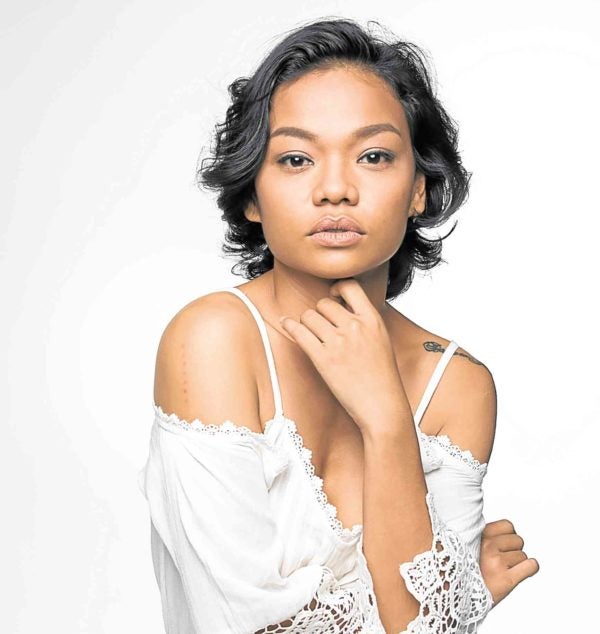 In a rare poignant moment in the frenetic Cinemalaya winner Alberto Monteras II’s “Respeto,” actress Chai Fonacier, who portrays a street-smart urchin, suddenly sings a Cebuano ditty that’s tough and tender at the same time—much like Betchai, the character she plays.

Turns out Chai is not only an award-winning thespian in indie movies (she won best supporting actress for Ara Chawdhury’s “Miss Bulalacao” in the Cinema One fest in 2015), she’s also a singer.

Originally from Cagayan de Oro, she first ventured into the biz as a contestant in the reality talent tilt “Pinoy Dream Academy” in 2006. “I am not sure how my stint in that show helped … although I know it did,” she related. “I was young and immature then. Looking back, I don’t think I was ready for it, but at least it gave me a peek into the business.”

In her halcyon youth, she confessed that she had wanted to be a musician. “I still do,” she said. “I just didn’t expect my storytelling would take another form.”

Another pleasant surprise was that her two loves—music and acting—would somehow intersect. “I didn’t expect the two would come together … [but] I wrote a song for ‘Respeto.’ I want to do more of that.”

The “untitled” ballad she composed and sang in that pivotal moment in “Respeto” had been temporarily dubbed “Betchai’s Theme.” She recounted that she had discussed with the film’s star, rapper Abra, the idea of collaborating on “and finishing the song.”

In the meantime, she is shuttling from one indie movie to another. Quick on the heels of “Respeto” in Cinemalaya, she is seen in two entries in the ongoing Pista ng Pelikulang Pilipino: Paolo Villaluna’s “Pauwi Na” and Victor Kaiba Villanueva’s “Patay na si Hesus.”

In the two road-trip movies, she plays divergent characters: a heartbroken lesbian in “Patay na si Hesus” and a dreamy but gritty cigarette vendor in “Pauwi Na.”

“I’m not sure if I am attracted to certain roles,” she pointed out. “So far … every character has been a good challenge. They scare and excite me at the same time.”

As bonus, she got to work with the industry’s best in her recent movies—like Jaclyn Jose in “Patay na si Hesus,” Dido dela Paz and Abra in “Respeto,” and Cherry Pie Picache and Bembol Roco in “Pauwi Na.”

Chai admitted that she was initially “intimidated,” sharing a scene with Cannes best actress Jaclyn. “It was a joy to watch how she worked. I took home a few pointers just observing from a distance.”

She described her “Respeto” castmates as “the best.” “Tito Dids is admirable and Abra is a happy revelation. They exude a lot of positive energy!”

She was likewise honored to act with Cherry Pie and Bembol. “The speed and accuracy with which they took on emotions … were amazing. Off-cam, I enjoyed listening to their stories. I could sit there for hours, just listening to them.”

Coincidentally, all three movies were shot in the country’s helterskelter streets.

When fans approach her on the set, she tells them that she’s just a bit player. “It’s hard to stay focused when the crowd gets a little unruly and we are running after sunlight. But as they say, it’s all part of the fun!”

In the future, she’d like to play a drummer or a lawyer, for a change of pace.

One thing’s for certain, though, she can easily play an authentic Visayan/Mindanaoan girl on the big screen.

It was indeed a breakthrough that a Cebuano-language film like “Patay na si Hesus” had been given the chance to screen in cineplexes nationwide.

“Stories are important no matter where they come from,” Chai asserted. “Our country is so vibrantly diverse and geographically divided … [but] stories allow us to introduce ourselves to each other as a people. That’s why we should make more stories in the different languages that exist in our archipelago.”