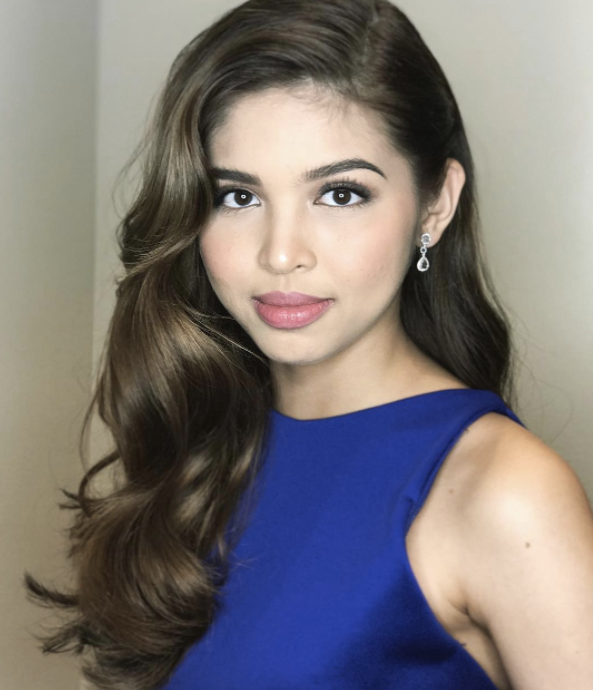 While actress-TV host Maine Mendoza further earned respect with her honesty in paying the right taxes, she also amazed people with her humility in being discreet about it.

Former politician Teodoro “Teddy Boy” Locsin Jr. was among those who praised the actress.

In reply to Inquirer.net’s report on Maine Mendoza as among the top individual regional taxpayers, which was amplified on Twitter, the former congressman of the first district of Makati City and current Philippine envoy to the United Nations commended the actress, because “she doesn’t brag about it.” 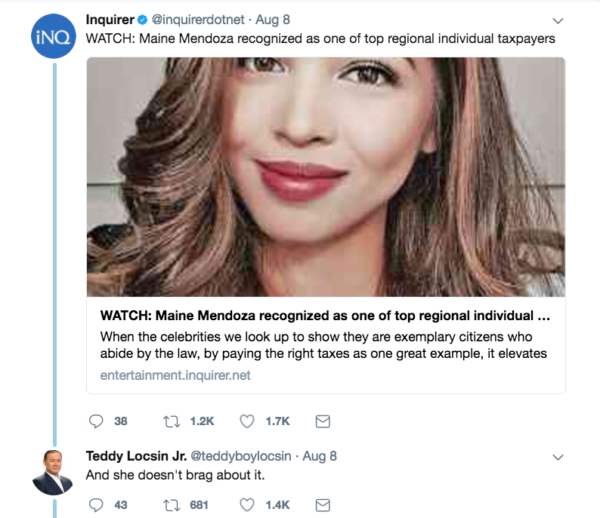 Soon, Locsin was engaged in a conversation with the followers. A netizen commented and said “Humble po kasi…” Despite the supportive comment, Locsin begged to disagree in a positive way, because for him, there’s another reason behind Mendoza’s silence about the recognition: “Hindi. May class siya.” (No. She has class.).

In another tweet, Locsin shared his thoughts on humility, and about how some people get carried away by recognition.

Locsin has a huge following on Twitter and is popular for his provocative posts. Mendoza is currently one of the hosts of the long-running noontime show “Eat Bulaga”. JB