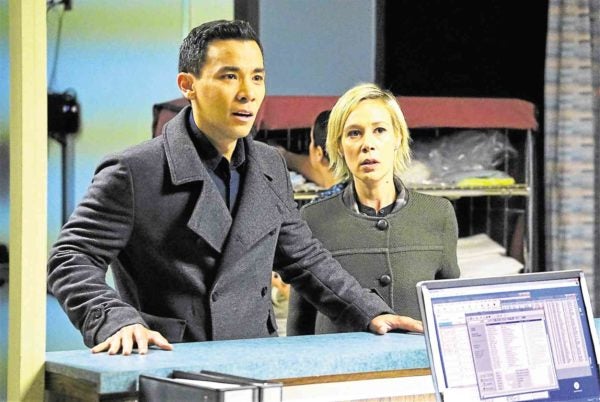 (Editor’s Note: This begins another series on the struggles and triumphs of actors with Filipino heritage in Hollywood.)

(First of a series)

LOS ANGELES—Conrad Ricamora is having the best of both worlds. During the recent hiatus of ABC’s “How to Get Away with Murder” (“HTGAWM”), where he plays Oliver Hampton, he reprised his Ninoy Aquino role in Seattle’s revival of the award-winning David Byrne/Fatboy Slim musical, “Here Lies Love” (“HLL”). Now, he’s back on the set of “HTGAWM” for Season 4.

“I don’t really think about my career as a journey,” said Conrad, who matter-of-factly described his enviable actor’s life of being able to switch between Broadway and Hollywood. “I just get up every day and do the work I need and want to do. The same way I’ve been doing it for over 10 years. I just happen to be doing it on a TV show and on Broadway.”

The son of Ron Ricamora, who was born in the Philippines, and Debbie Bolender, was promoted to a series regular in Season 3 of the legal drama that stars Viola Davis as Annalise Keating, “HTGAWM.”

The relationship of Jack Falahee’s Connor Walsh and Conrad’s Oliver in the show has become so popular that fans have coined a term for the couple: Coliver.

Raised in Niceville, Florida, Conrad made his splashy Broadway debut as Lun Tha in Lincoln Center’s Tony-winning revival of “The King and I.” The cast recording, in which Conrad is one of the principal soloists, scored a Grammy nomination for best musical theater album in 2016.

For his performance as Ninoy in the original off-Broadway production of “HLL” in 2013, Conrad won a Theatre World Award and earned a Lucille Lortel Awards nomination for best actor. This year, Conrad starred in the indie drama, “The Light of the Moon.” 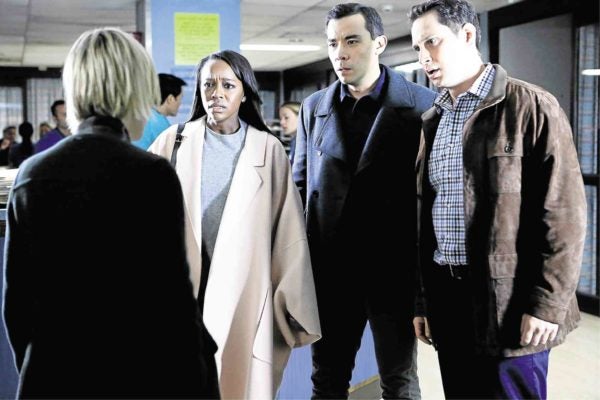 So, I dug in and started doing the work—working on my voice and audition monologues and reading plays.

How do you prepare for an audition? Any good luck rituals? Before I start the material, I usually take a deep breath and get centered. I prepare as much as possible before the audition.

Hopefully, I’ve had a few days with the script, but sometimes you only have less than 24 hours, so you just do the best you can. Afterward, I always buy myself a treat, like a bacon cheeseburger.

What is the most frustrating part of trying to land roles in Hollywood? I don’t know. I only moved here a year ago, and I have a full-time job at “HTGAWM.” During the hiatus, I was doing “Here Lies Love.”  So, I haven’t had any free time to audition.

How do you handle rejection? I let myself be upset for a day or two, but I also don’t let it stop me. Even if I’m upset, I’ll make myself go to the gym, or read a play, or take a class. Something that metabolizes that rejection into forward motion.

Have there been times when you almost gave up? No. I knew this was what I wanted to do, and I knew that there would be a lot of rejection. I just accepted it and kept going.

As an actor of color, do you feel that opportunities for minorities are improving or getting worse? This question needs to be posed to white people now. I’m tired of even talking about it. I feel like it’s been oversaturated and talked about [a lot] in the media at this point. Things just have to change.

What’s your stand on whitewashing—or the casting practice in which white actors are cast in nonwhite character roles—in Hollywood? People should have artistic freedom to create art in whatever way they want to express themselves. But the whole diversity conversation that’s been happening in the last few years is happening because audiences are hungry to see themselves in the art that they consume.

They want to see people of color onscreen that are fully fleshed out human beings. It’s a collective consciousness shift that’s happening and a correcting of long-held discrimination in the entertainment industry.

Can you talk about landing the Oliver Hampton part in “HTGAWM”? Originally, I went in for the role of Wes (Gibbins), but I guess it wasn’t a good fit. Then, about a month later, they asked me to audition for the role of Oliver that was a one-time role in the pilot.

When we shot the pilot, Pete (Nowalk, creator) seemed really excited about the stuff I was doing and the way Jack (Falahee) and I worked together. He said he was going to look into bringing Oliver back for a few episodes.

What can we expect from your character in Season 4? I’m not sure yet, but we ended Season 3 with a marriage proposal. Yikes. Maybe Oliver proposed a little hastily and out of fear, because of all of the intense things that happened last season.

There are going to be big questions Oliver has to answer for himself, personally and professionally.

What was it like being back on “Here Lies Love” and playing Ninoy Aquino again in Seattle? Will you be in another staging  in other cities? I love being a part of it. The cast and creative team are my family forever. “HLL” is such an urgent show right now, given the state of the worldwide political climate.

There’s talk of future productions of “HLL.” I’ll always be ready to go back to the disco.

To people who are planning to pursue acting, what should they prepare for? They should prepare their voice. Develop a rich, nuanced, powerful, flexible voice. They should learn about their body in space, and increase their spatial awareness. They should learn how to harness their will, and attach it to the will of another human being. In other words, the ability to empathize.

They should write their goals down and say them out loud. Then, they should go to every audition and be in front of an audience whenever they’re given the chance.