Juday very sure her hubby Ryan has no mistress 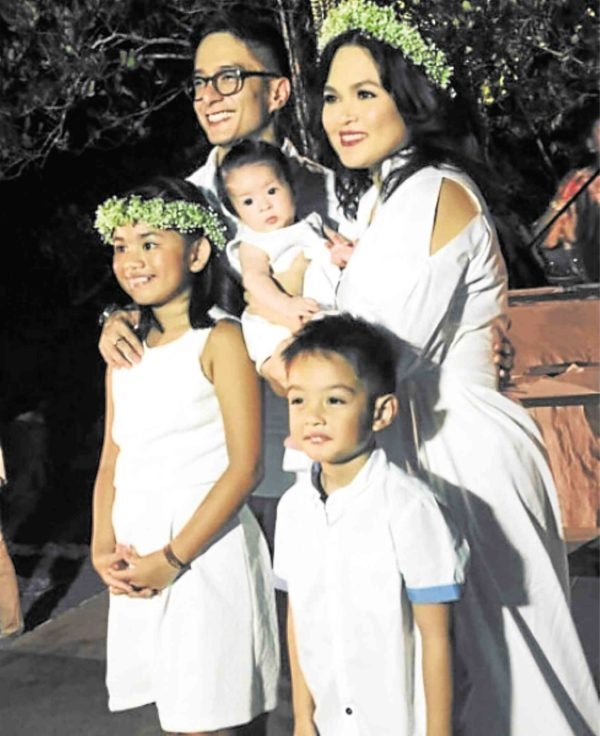 How can Rye (Ryan Agoncillo) have someone else when we’re always together?”

This was how actress Judy Ann Santos reacted to rumors that her husband has a mistress.

“They will tell you all sorts of things—like recently, someone said Rye had been spending more time with his mistress. To console myself, I would sometimes say that the Lord would take them away any time soon,” she said, laughing.

“You answer back because you can’t just let very hurtful comments slide,” she explained.

At times, she felt she needed to lash back at people who would threaten to ruin her family.

According to the actress, who has been in the entertainment business since age 8, she feels she has successfully dealt with bashers of varying viciousness.

Some of them would make rude comments about Judy Ann’s weight problem. “I refuse to feel pressured because of them. I wonder how they would react if they were in my shoes,” she pointed out.

“These bashers would sometimes change their account names, but you know they’re the same people because they say the same things. I guess they consider bashing a pasttime.”

“To fight negative vibes,” Judy Ann has been sharing a lot of fun moments with her family on Instagram, like what she has been making in her kitchen, her workout sessions with Ryan, or their recent trip abroad.

“It’s been five years since Rye and I went on a vacation with just the two of us. We didn’t have GoPro or Instagram back then,” she told the Inquirer. “It’s nice to see the photos and videos we have taken and share them with people. When I’m not busy, I like reviewing my IG feed. Nakaka-bagets!”

When asked how she consoled her dear friend, singer-actress Sharon Cuneta, who recently admitted to having battled depression, Judy Ann said: “I’ve always been her shoulder to cry on. I’m her best supporting actress,” she quipped. “I would ask her how she was feeling, then I would send her food that I had cooked.”

The two actresses have been good friends since 2009, when they worked on Joel Lamangan’s big-screen drama, “Magkapatid.”

Just like Judy Ann, the Megastar would occasionally strike back at her bashers. “There are times when you wake up and realize that you’re already carrying so much weight on your shoulders,” Judy Ann said. “In the midst of all the craziness, what you really need is just one supporter who will make you feel loved, who will show you she cares at a time when the whole world seems to hate you or don’t care about you. I want to be that one person for her.”