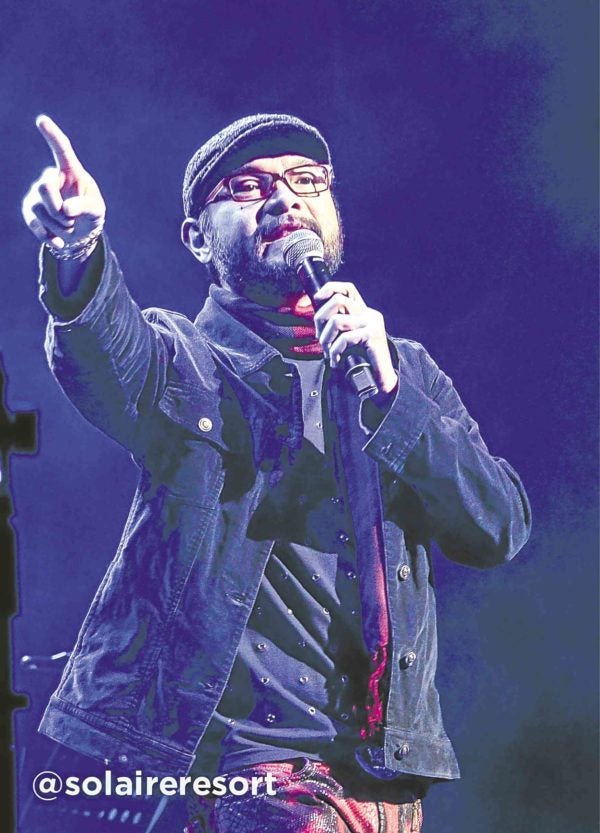 At a press conference for “’90s Live,” the recent reunion concert that gathered some of the most beloved artists of that decade’s band scene, AfterImage’s Wency Cornejo, the show’s director, jested that because he and his coheadliners were now at “a certain age,” it was about time they did something more structured than the usual gigs they play.

After all, they were to perform, not at a small bar, but at The Theatre at Solaire, a considerably more formal venue. But that was not to say that they wouldn’t rock the stage and bring the house down.

The mere idea of seeing nine ’90s pop and rock acts on one stage was more than enough to elicit nostalgia. But just for good measure, the night opened with a video montage of historical events in the ’90s: fads and fashion trends, iconic commercials and movies, etc.

Amid amused giggles and wistful murmurs, the musicians held court one after another, dishing out hits that have helped define their careers: The Dawn’s Jett Pangan powered through “Enveloped Ideas” and “Iisang Bangka”; Introvoys’ Paco Arespacochaga kept things suave in his renditions of “’Di Na Ako Aasa Pa” and “Line to Heaven”; Wency rallied the crowd while jumping around in “Mangarap Ka” and “Next in Line.”

Color It Red’s Cooky Chua showed off her steely and emotive vocals in “Na Naman” and “Paglisan.” True Faith’s Medwin Marfil played with the melodies of “Huwag Na Lang Kaya” and “Perfect.” 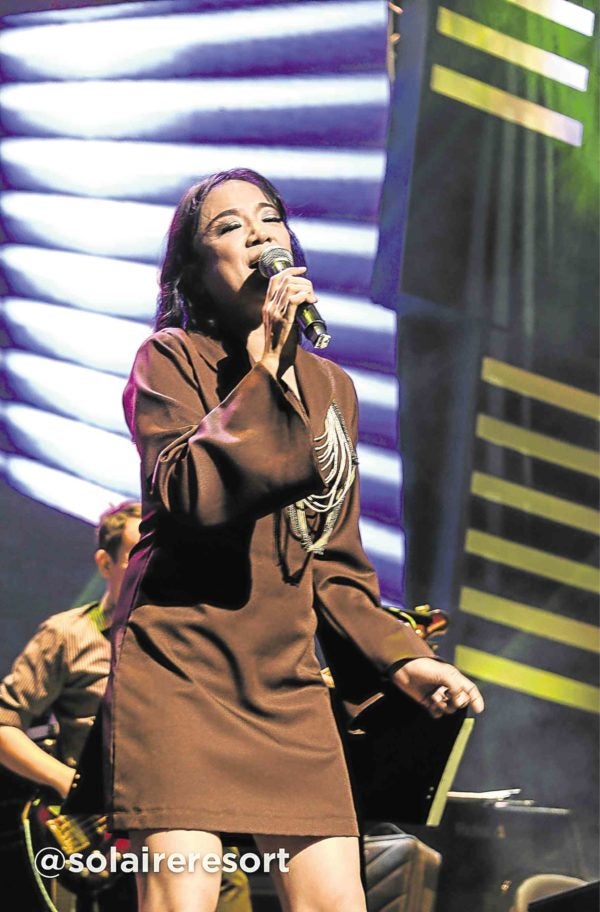 With his husky tone and that distinct Padilla swagger, Orient Pearl’s Naldy Padilla sang “Kasalanan” and “Pagsubok.” The guitar virtuoso Perf de Castro—a very able vocalist who played for Rivermaya—led the crowd in a rousing sing-along to “Ulan” and “214.”

Meanwhile, Lei Bautista of Prettier Than Pink, was all bubbly as she did “Para sa Iyo” and “Cool Ka Lang.”

Aside from the requisite solo numbers, there were also duets, like Wency and Cooky’s hauntingly beautiful take on “Habang May Buhay,” as well as rambunctious medleys—one which had the nine covering songs of other ’90s artists in radio countdown style.

And for departed colleagues such as Francis Magalona and Alamid’s Gary Ignacio, musical tributes were delivered.

Although the show followed a discernible flow, the musicians still appeared to be more in their element when they were allowed to improvise and be spontaneous, like when Paco was made to wear a duster—a la Chito Miranda of Parokya ni Edgar—while singing “Buloy,” or when Dong waded through the crowd, after he had thrown away his rubber slippers.

And by the time they got to the ’70s hits medley, the atmosphere had turned into a rollicking jamming session, with everyone on his feet.