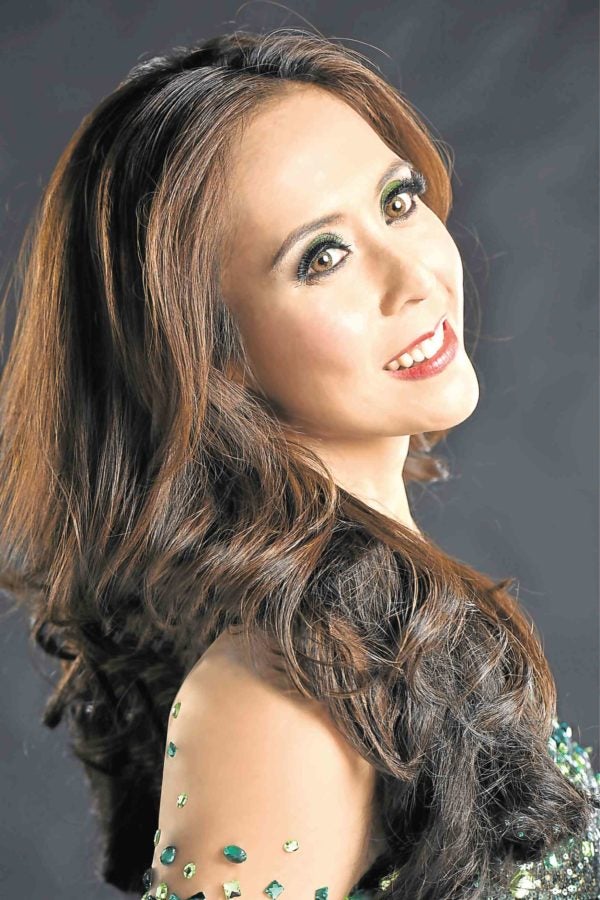 To say that the movie version of the musical, “Ang Larawan,” is a passion project for singer-actress Rachel Alejandro can very well be the understatement of the year.

She feels so strongly about the movie version of the musical that she thinks nothing of fielding it again in the second round of the selection process for the Metro Manila Film Festival. Loy Arcenas’ “Ang Larawan,” which is based on Nick Joaquin’s play “A Portrait of the Artist as Filipino,” didn’t make it in the first round of script selection for the MMFF.

“We are planning to resubmit it, as a finished film, this October and we’re hoping to make it in the final four,” Rachel tells the Inquirer.

Although she admits feeling disappointed about the snub, she has “only positive thoughts” this time around. “We’re pushing on,” she waxes optimistic. “We know our film deserves a slot. We feel that we have a better chance of being seen by the most number of Filipinos during the Christmas break.”

She insists that “Ang Larawan” should be on everyone’s must-watch list. “The world, not just Filipinos, should see it.” She compares it “to a window to our past and a mirror showing who we are at the core.”

Rachel plays Paula to fellow theater luminary Joanna Ampil’s Candida in the movie, which tells the story of spinster sisters grappling with the passing of a genteel era. “It’s about many things, but the simplest way to describe it is that it’s a story about love for family and how that love, against all odds, still triumphs in the end,” she explains.

She hopes that young people will get reacquainted with this literary gem through the latest big-screen adaptation.

“Many people, especially millennials, may get baffled by the lead characters’ choices, but we hope it will spark discourse and make us at least reconsider our beliefs and values.

The soundtrack of “Ang Larawan” will be released (under Star Music), later in the year.

In the meantime, Rachel is neck-deep in work, tackling the role of the Lady of the Lake in Upstart Productions’ “Monty Python’s Spamalot,” onstage at the RCBC Plaza until Aug. 12. (Tickets at TicketWorld and Upstart, 0917-8116516.)

Apart from her job as a performer, Rachel also heads the health-food delivery company The Sexy Chef. “I call myself a worker bee,” she quips. “I have a day job, a night job and everything in between. As a result, I have financial security, peace of mind and a comfortable lifestyle.”

She, however, has learned a valuable lesson, growing up in the business of show. “I realized a long time ago that money and fame can’t make you truly happy.”

For this reason, among many others, she keeps heeding the call of the stage. For at least a couple of months each year, I work in musical theater, to recharge my batteries and feed my soul,” she relates. “I wish it was all I did, but unfortunately, it cannot be your bread and butter.”

Apart from Paula and the Lady of the Lake, there are other dream roles on her wish list. “I would love to play Glinda in ‘Wicked,’” she enthuses. “I recently caught Cynthia Nixon in ‘The Little Foxes,’ as chilling, calculating Regina Giddens. How she made the character so human and real was pure magic. I would love to get a crack at a nonsinging role someday.”

For now, she gets to combine two loves, music and acting, onstage and onscreen.

Since April, she has been studying under different voice teachers for “Spamalot.” “The keys of my character’s songs are not within the normal range of my alto pop singing voice. They are at the breaking point between my chest and head voice.”

So, Rachel labored hard to strengthen her pipes. Plus, she’s also trying to master a proper British accent, with the help of a pal who’s a true Brit.

Why go through the wringer at all? She owns up that she’s “addicted to hearing the audience laugh.” “I live for it!”