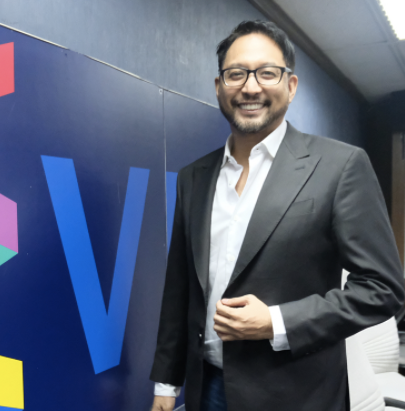 The seasoned TV host went on a two-year hiatus after his name was tarnished following a video scandal involving him and an unidentified girl that leaked online.

He then admitted to the fact that the incident affected his self-esteem and his drive to continue on with his work. “I took a break because I knew after the trauma i wasn’t ready physically, emotionally and mentally.”

Then again, he was still thankful for all the blessings he has received and the doors that still opened for him.

Now, his career will again be in full swing under under his new manager. Besides granting him projects, VAA will assist him in rehabilitating his image.

“Apart from handling my career as an artist, Viva will also be my partner in my hosting and personality development workshops, motivational seminars, cyber bullying counseling, and when I graduate with a Masters Degree in Entrepreneurship from AIM next year, SME mentor,” he said.

He also thanked the people who have been supporting him, including talent manager Arnold Vegafria and Viva executives Vicente “Vic” Del Rosario Jr. and Veronique del Rosario, among others.

Bediones also recently admitted having psoriasis–a dry, scaly skin disorder.  In an Instagram post last July 5, he shared that he has been dealing with it for more than half his life. He came out to educate people that those who have psoriasis should not be feared.  /ra