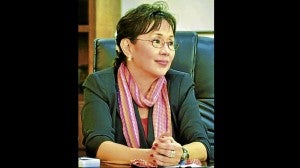 There are good reasons why Vilma Santos is Tinseltown’s Star for All Seasons. Her prodigious stint as Batangas’ first female governor may no longer allow her to act for the cameras as often as she used to — but, Ate Vi’s occasional forays into acting still draw crowds, impress critics and win awards, as was the case with 2009’s “In My Life.” So, we expect nothing less from Chito Roño’s upcoming chiller, “The Healing,” the actress’ first movie with Kim Chiu.

True, horror isn’t a genre usually associated with the iconic actress but, as Vilma explains, “Taking risks keeps me on my toes. I was only 19 when I did ‘Anak ng Aswang’ and ‘Kamay na Gumagapang,’ maliban pa sa mga superhero flicks like ‘Darna’ and ‘Phantom Lady’ — so, it’d be a challenge to be in a film that throbs with suspense, thrilling action and excitement, like ‘The Healing’ (which is about a curse) — kung saan matatakot ako, tatakbo ako, lalaban ako, at may ililigtas ako. We just have to make sure we have an exciting cast and a great director who knows how to tell a good tale!”

Ate Vi’s perfectionist side became apparent to us when we drove to Batangas recently to see the country’s most famous governor in action. It wasn’t just the size of the sprawling provincial capitol that impressed us — as we walked around the area, we noted how clean and litter-free the place was. But, the actress’ ascent to political power hasn’t always been easy. 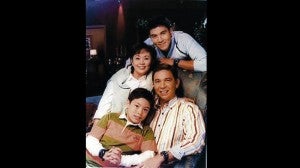 WITH (from bottom right, clockwise) Ralph, Ryan and Luis.

As she recalls with inspiring introspection, “My triumphs weren’t handed to me on a silver platter — I worked hard to win my constituents’ respect, and vice versa — and, while it’s true that my sacrifices have indeed paid off beautifully, hindi naging ganun kadali.

“It’s been 14 years since I first ventured into politics. But, the first time I won as mayor of Lipa, naramdaman ko ang pag-a-underestimate ng iba sa akin bilang babae, especially during the first two years! ‘Ano’ng gagawin n’yan?’ When I would greet them, some of them wouldn’t even greet me back!

“But, I’m grateful that they have since embraced me. Kasi, na-realize nila na hindi ako mahilig sa lip service. I don’t make promises I can’t keep — at alam nila na hindi ako mahilig magpabukas ng mga serbisyong kayang ibigay agad-agad. If you have the resources, ibigay mo na para mapakinabangan ng mga tao! As a public servant, I’m guided by one principle: I do my best, and God will take care of the rest!” 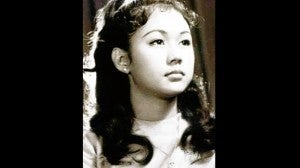 Has her outlook on life changed since she became a politician? She reflects, “To be honest, politics is a sacrifice — because, alam mo naman sa show biz, you get so pampered — nag-e-enjoy  at sikat ka na, binabayaran ka pa!

“But, nothing beats the fulfillment you get when an old woman approaches you and tells you how grateful she is for the road na pinagsikapan mong ipagawa para sa kanyang community.

“The fulfillment you get is instant! You deal with real lives and real people — there’s no camera or acting required: 85 percent of it is reality, and the rest is presentation! Lumawak ang pananaw ko sa buhay dahil sa mundong ginagalawan ko ngayon. Every day is a learning process — I’m thankful for that. And, no — I don’t have immediate plans to run for higher office!” 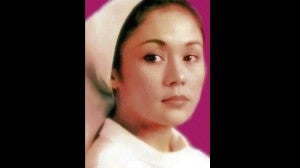 If there’s another thing we love about the Star for All Seasons, it’s the fact that she has remained down-to-earth after all these years — and she doesn’t mind talking about the mistakes she’s made, because she’s aware that people can learn from them: “I always remind the younger actors I work with to save for the rainy day,” she shares.

“I had to learn the hard way — nagka-utang-utang ako, and I had to start again from scratch! I’m fortunate that I was given a second chance — but, not everybody gets a new lease on life, so actors should know how to handle their finances.”

Which actresses does she look up to? Ate Vi beams, “Susanian ako [Susan Roces] — but, I also admire Lolita Rodriguez, Gloria Romero and Charito Solis. As far as Hollywood actresses are concerned, when I was a kid, I saw Patty Duke as Helen Keller in 1962’s ‘The Miracle Worker’ — and I said to myself, ‘I want to be like her!’ Lalo akong bumilib sa kanya when I saw her again in another version of the movie 17 years later, in which she played Helen’s tutor, Anne Sullivan — how versatile can you get?

“I also like Jodie Foster and Meryl Streep is such an inspiration! She’s versatile and flexible. In ‘Bridges of Madison County,’ nagpataba s’ya at mukhang losyang, but she still oozed with inner beauty and, she’s playing Margaret Thatcher in her latest movie! 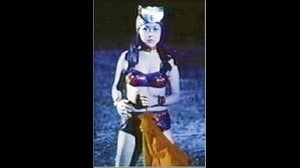 “I want to do another relevant film, like Steven Soderbergh’s ‘Erin Brockovich,’ or perhaps tackle the issue of quarrying — but, will moviegoers watch it? Ayokong magmukhang hard-sell or baka sabihing namumulitika ako!”

Other than Kim, who does Ate Vi want to work with? She answers, “My next movie was supposed to be with Sharon [Cuneta] — but, they couldn’t find a good story for us –mahirap pilitin. I’d love to work with Angel Locsin, though. And, someday, I’d like to try directing, because I also look up to Marilou Diaz-Abaya!”

What is family time like with Ralph, Luis and Ryan? She shares, “Sunday is family day. We go out, have dinner, watch a movie, or go out of town. If we’re tired, we stay home, take a dip in the pool, watch DVDs, or stay in the lanai and talk. Lucky goes to the house during weekends at sa lahat ng special occasions — kaya nga dun ko nakikilala lahat ng naging girlfriends n’ya [laughs]!”

As a mother, is she strict? Ate Vi quips, “Hindi, ah! I’m very welcoming — kasi gusto ko syempre, masaya ang anak ko! I’m very liberal, kaya hindi sila nag-aatubiling magsabi, ‘Mom, I kissed a girl’ [laughs] — I can even discuss sex with them! Computer age na — parents have to be more accessible and open to their kids if they want to know what’s going on in their children’s lives!”

What advice does she give Luis when he asks for it? Ate Vi turns serious and says, “‘Pag broken-hearted s’ya, I tell him to pray for guidance — it’s meant to be, it’ll work out. I’m just here to guide him. Pinagdaanan ko rin ang ganyang klaseng situation, kaya may ‘K’ ako’ng mag-share — I’m talking from experience, and they can learn from it (laughs)!

“I tell them, ‘Nung in love na in love ako with a certain guy, I was ready to give up my career. So, when I lost him, I thought it was the end of the world! But, later, when I looked back, I asked myself, ‘Why did I fall for him — what was I thinking?’ (laughs)”