After 11 wins for ‘Die Beautiful,’ what’s next for Paolo? 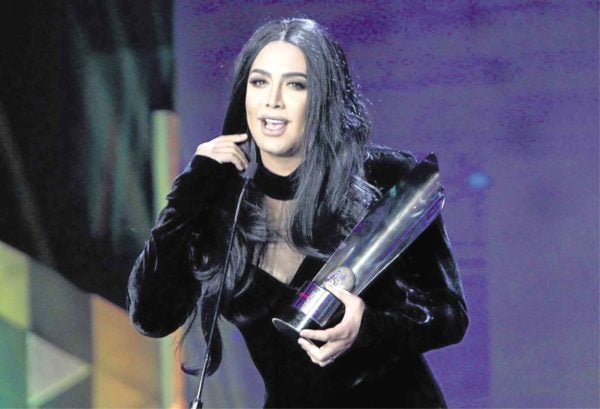 Paolo Ballesteros remains tight-lipped about his next film project, even after winning his 11th best actor trophy for “Die Beautiful”—the most recent of which was from the 40th Gawad Urian.

“I might do a ‘Wonder Woman’ and ask Gal to be my costar… as in Gal Bladder,” quipped Ballesteros, a clever word play on the name of Israeli actress Gal Gadot, who portrays the superheroine in its latest big-screen adaptation.

Turning serious, Paolo said: “I hope to continue doing more socially relevant films. I will agree to something that has a good script.”

Paolo said he considered playing Trisha, a transgender woman whose dying wish was to be presented as a different celebrity on each night of her wake, as his dream role.

He added that he preferred to play characters that would enable him to “transform” physically. “I have to do this because I am seen on television every day (as a cohost in ‘Eat… Bulaga!’),” said Paolo, who channeled American reality TV star Kim Kardashian during the Urian awards ceremony at Studio 10 inside the ABS-CBN compound.

Christian Bables, who plays Trisha’s best friend Barbs, won the best supporting actor trophy. He then confirmed that he would be headlining the sequel “Born Beautiful,” also to be helmed by Jun Robles Lana on cable TV. It will focus on what happens to Barbs after his best friend dies, he reported.

“I’m still in shock,” Bables said when asked how he felt after winning his second acting award for the film. “I promise to continue working hard.”

Best director winner Sheron Dayoc said he expected Lav Diaz’s “Ang Babaeng Humayo” to win the best picture award and not his own film, “Women of the Weeping River.” He told the Inquirer, “I said to myself that if the Manunuri (ng Pelikulang Pilipino) would give it to ‘Humayo,’ I’d totally respect and agree with the decision. So, when my film was called, it felt overwhelming,” he told the Inquirer. “These victories will give the movie a boost, especially since my producers plan to have a commercial release before the year ends.”

The film won the most number of awards that night—best screenplay for Dayoc, best supporting actress for Sharifa Pearlsia Ali-Dans, best cinematography for Rommel Sales, and best editing for Carlo Francisco Manatad. 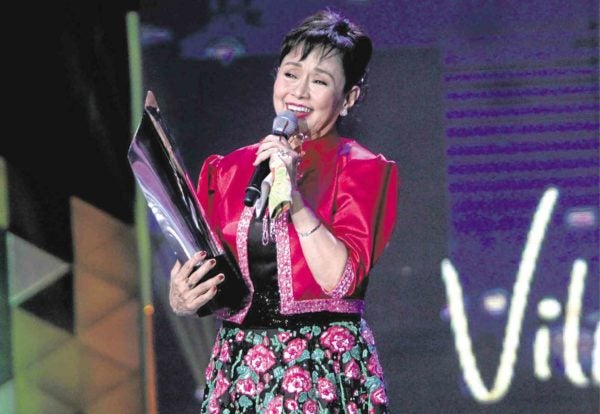 “I have been in this industry since I was 9 years old. That’s more than 50 years,” Santos recalled. “This award will serve as my inspiration to do better not only as an actress, but also as a public servant. I promise that I will not disappoint you.”

Rey Valera, Jona Viray and Erik Santos then serenaded the Star for All Seasons with some of the most memorable theme songs from her past films.

Hasmine Killip bagged the best actress award for her work in Eduardo Roy Jr.’s “Pamilya Ordinaryo,” where she plays Jane, a 16-year-old mother in search of her missing baby named Arjan.