Like any tourist, model and host Georgina Wilson bought local souvenirs while vacationing with family in Beijing, China.

With sister Jess and cousin Martine Cajucom, she flaunted cheongsams and hats being sold in the area.

However, netizens noticed something was off with what seemed like innocuous tourist snaps.

The group sported communist hats—China is a communist country after all—but netizens pointed out that they seem to favor fashion over their history lessons and cultural respect. 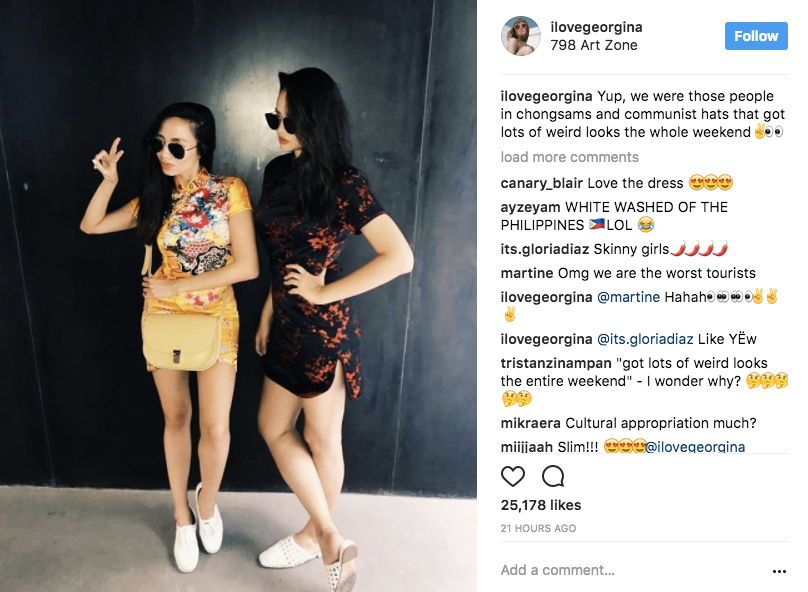 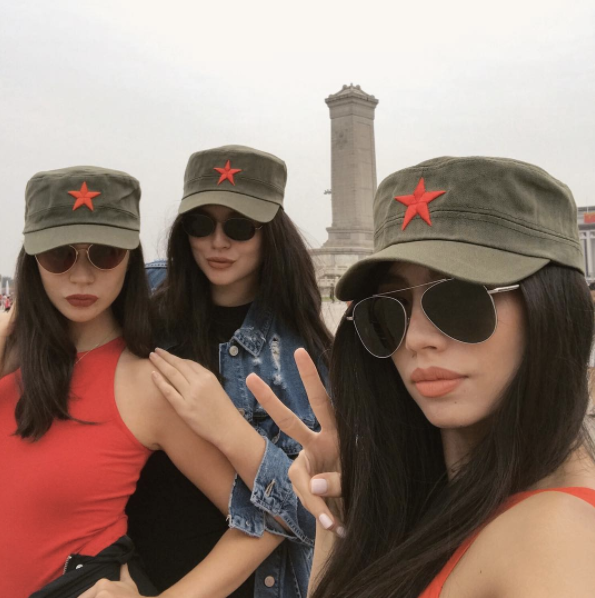 The fashionistas posed in Tiananmen Square, where a protest for democracy against the Communist regime in 1989 led to a massacre by the military of an estimated hundreds or thousands of students. 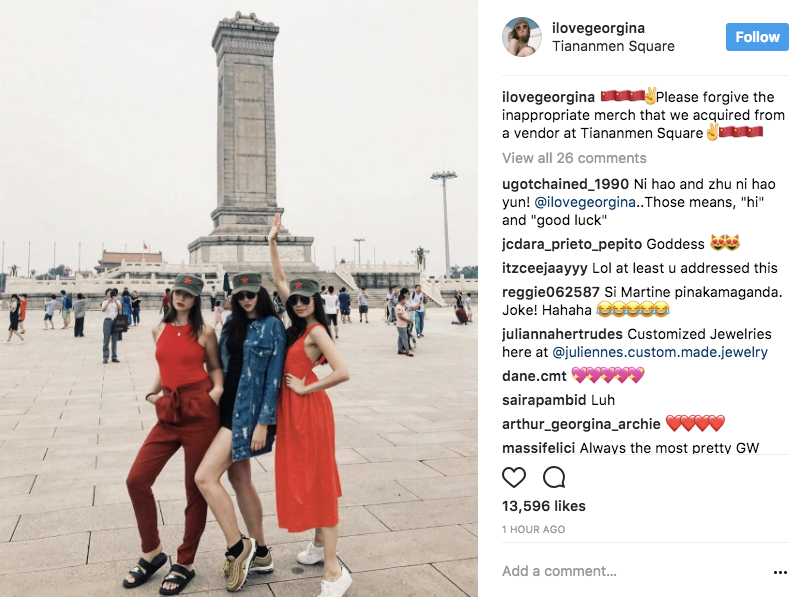 Comments to this photo have since been blocked. Image: Screen grab via Instagram/@ilovegeorgina

Meanwhile, China continues to censor this historical event not only from their history books but also in their search engines.

For their part, Wilson made light of their “inappropriate” wear and acknowledged something is wrong. Cajucom also chimed in, referring to themselves as the ‘worst tourists’.

Netizens posted on Wilson’s and Cajucom’s accounts with regard to the country’s history and asked that they delete the photos: 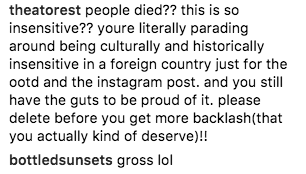 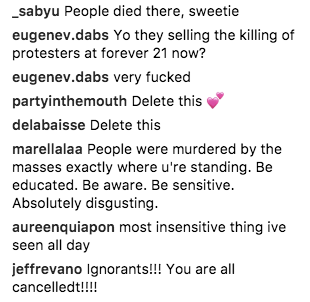 An Instagram user who said they were Chinese claimed that it wasn’t offensive considering that it was the locals themselves selling the merchandise.

However, others fired back that the fact that locals gave them “weird looks”,as per Georgina’s post, could’ve meant that they were offended. 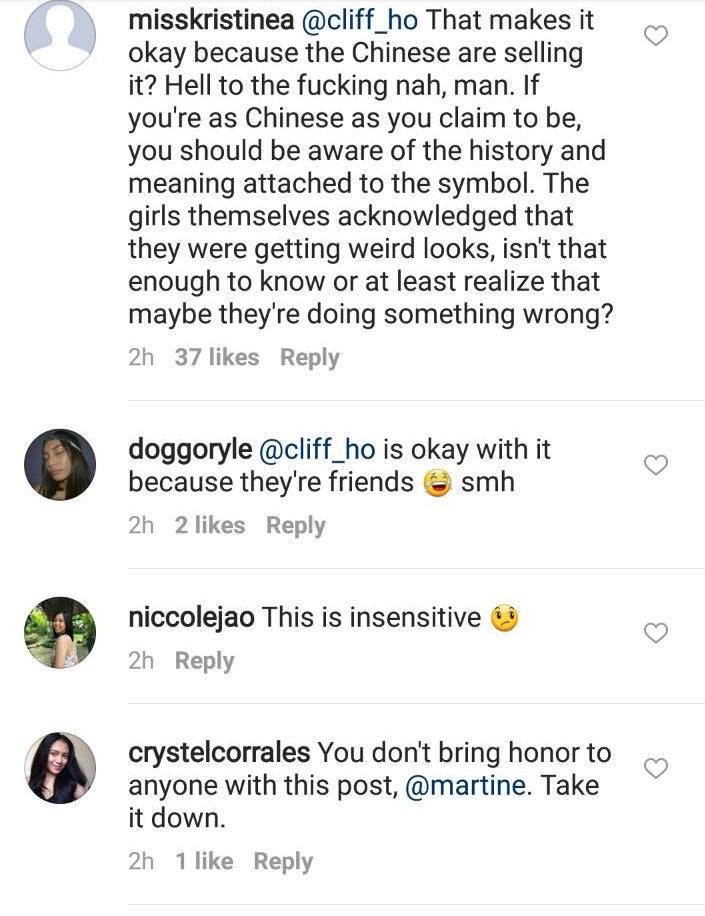 Cultural appropriation is a blunder unknowingly committed by many a celebrity which includes Katy Perry and Kendall and Kylie Jenner. While the intention of a person may be to celebrate culture, without the proper context, there’s a fine line to when adopting aspects of a culture like fashion can mean disrespect to a group of people belonging to a race, gender, or religion.

Wilson and Cajucom have yet to address the issue, and much like China on censorship, initially blocked comments and users with negative comments on the posts.

Since then, they have deleted their posts in Tiananmen Square and kept photos of them wearing the hats in other tourist spots.

Unless they do believe in Communism, wearing the hats for aesthetic purposes misses the mark on cultural sensitivity. KI

When Does Inspiration Turn Into Cultural Appropriation?

Assimilation, appropriation and the cultural fetish