‘GoT’ actor talks about his fave scenes | Inquirer Entertainment

‘GoT’ actor talks about his fave scenes 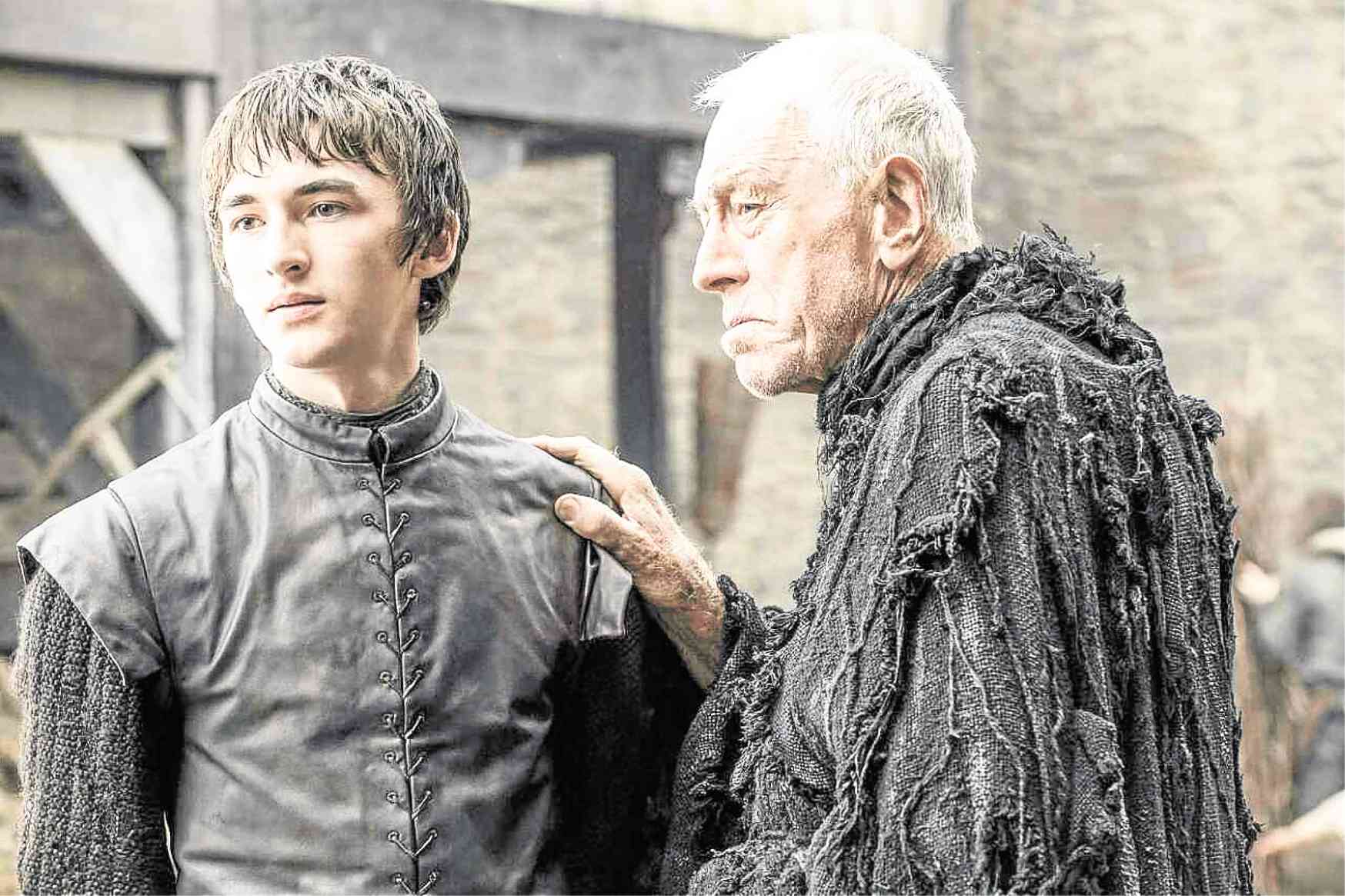 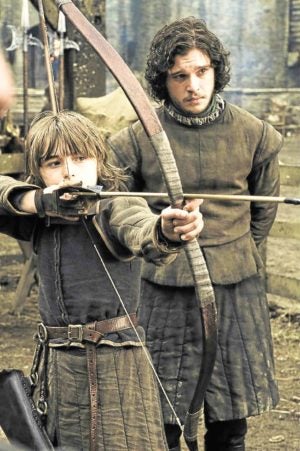 Seeing a succession of bloody shockers is par for the course in HBO’s “Game of Thrones,” which launched its penultimate season last week in record-breaking fashion.

The list of the show’s white-knuckle chillers are long and lingering, with episodes about the Red Wedding—and how the people responsible for the massacre eventually get their comeuppance—immediately coming to mind.

There are others that are just as mortifying: Sansa’s traumatic wedding night; the execution of Ned Stark; Ramsay chopping
off Theon’s penis; Daenerys munching equine heart; Cersei’s walk of shame; the sibling rape involving Cersei and her twin Jaime, and Bran getting thrown out of a window after witnessing something he shouldn’t have! Talk about a compelling viewing experience, this show has it in spades.

When we talked to Isaac Hempstead Wright (who portrays Brandon Stark) early last week week in an exclusive phoner arranged by Sky Cable for Inquirer Entertainment, even the 18-year-old actor had favorite scenes of his own.

“I don’t think anyone will forget Hodor’s death scene any time soon,” Isaac noted. “The scene revealing Hodor’s tragic backstory is traumatic, and the fact that it happens solely because of Bran’s arrogance makes it even more heartbreaking [because] we see this selfless, gentle and kind giant getting killed!

“Another moment I will never forget is the dramatic demise of Oberyn Martell (Pedro Pascal). At the time, I haven’t read the script for that part yet—and no one told me what was about to happen. I was watching that exciting fight scene, cheering on and thinking for once that the underdog in ‘GoT’ would win—then, he met a most cruel [and crushing] death! That scene will be etched in my memory forever.”

Now 18 years old, Isaac began playing Bran at age 10, and has just finished high school. If his courteous and kind demeanor will win you over, so will his candor. When asked about reports that he was raring to get a PhD, he quickly dismissed it as fake news.

“I don’t know who put that on my Wikipedia page,” he quipped. “I’m not getting a PhD anytime soon. I intend to go to university and pursue music and math. But I may wait a few years, depending on work. For now, though, I’m just auditioning and playing it by ear.”

Our Q&A with Isaac:

Novelist George R.R. Martin (who wrote the novel, “A Song of Fire and Ice”) once told Rolling Stone that it was Bran’s chapter with Cersei and Jaime that hooked many readers to the first novel. Was there pressure to do well in the TV series? What have you learned after being in it for seven years? I don’t necessarily know if that was pressure back then, because I was just 10 years old. It was like, “Oh, I get to climb there. Oh, I get pushed out the window!” Symbolically, that’s traumatic enough in itself without consciously making it more dramatic. 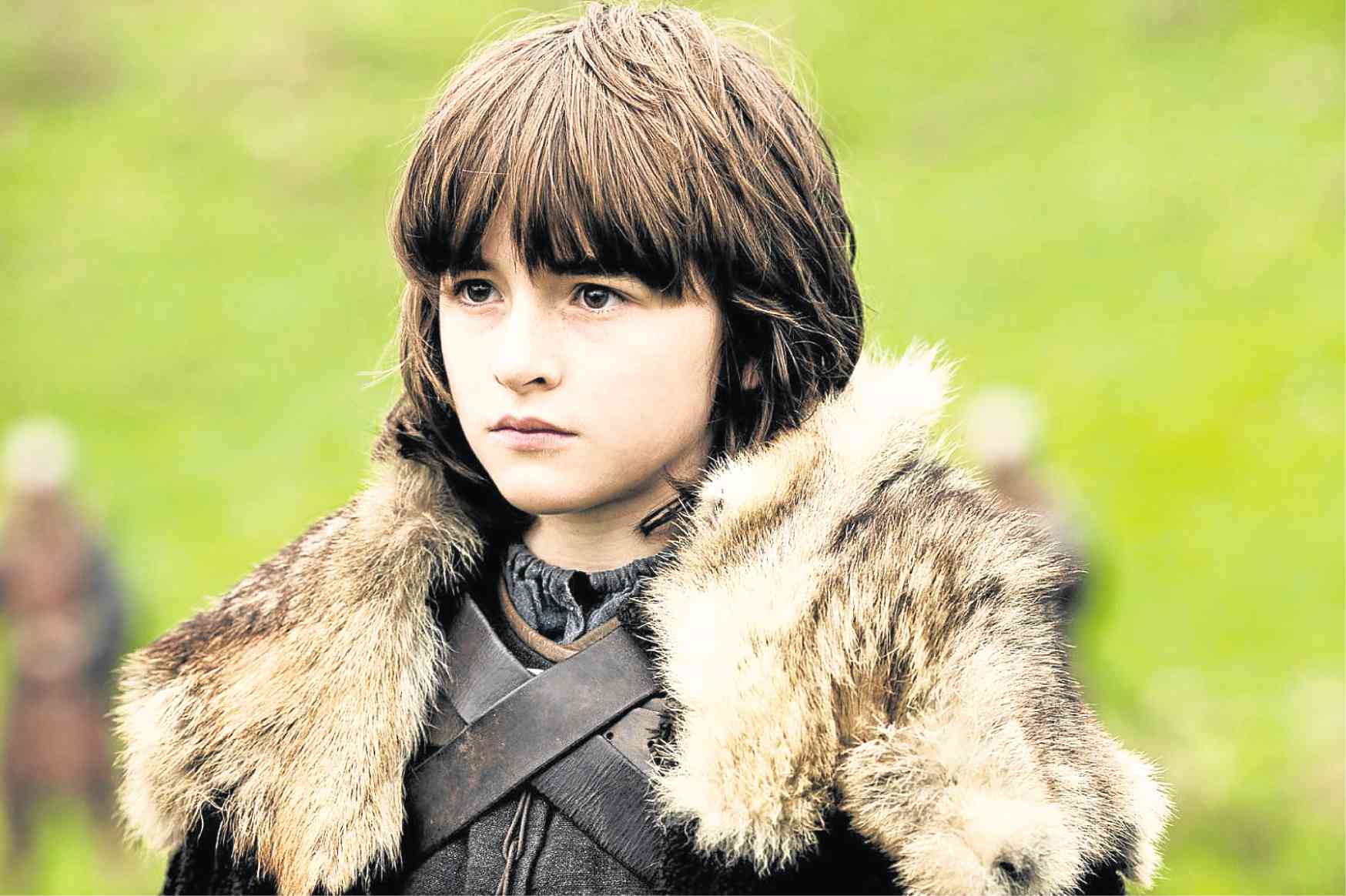 As Bran in the first season

Just the notion of throwing a harmless and perfectly innocent boy out a window would still be harrowing. With Bran, you see the things I relate to the most in Season 6, especially when we see him exploring his tendency to go into visions alone. Teenagers think they know what’s best for them—until they realize they’ve actually made a disastrous decision!

But I think my “challenge” has already been lifted. In many ways, Bran is something of a new character, because he is now the Three-Eyed Raven, which means he has pretty much the history of the world “implanted” in his head, so he now behaves differently as a character.

We had a lot of discussions trying to work out how we would play Bran as the Three-Eyed Raven in Season 7. We nicknamed him “Dr. Branhattan,” mimicking “The Watchmen” character Dr. Manhattan, because he’s also “psychically aware” and universally all-knowing.

I was just 10 or 11 when I started doing “GoT.” At that age, I wasn’t aware of how big a deal the show was until a few seasons later. What’s nice is that Bran was growing as I was. By Seasons 6 and 7, I was already more aware of how interesting the character was. It’s been like running parallel to school, which was where I went every summer. I feel privileged to have been able to grow up in a fantastic show. 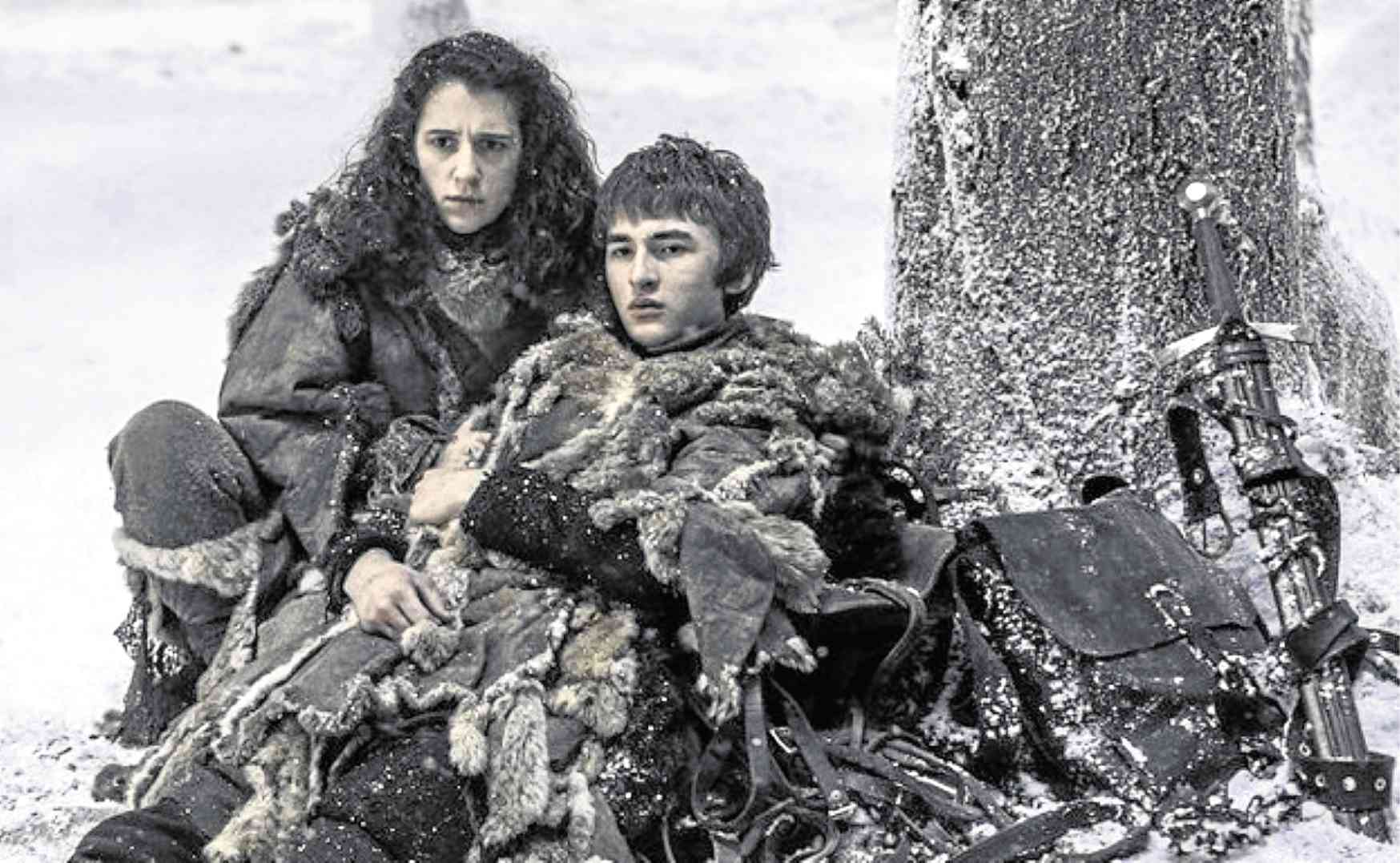 Which alliances in Westeros do you find most fascinating? At the end of Season 6, it was very exciting to see Yara come around to Daenerys, because these are characters I never thought I’d see on the same screen. Seeing two very strong female characters forming this union is pretty cool. 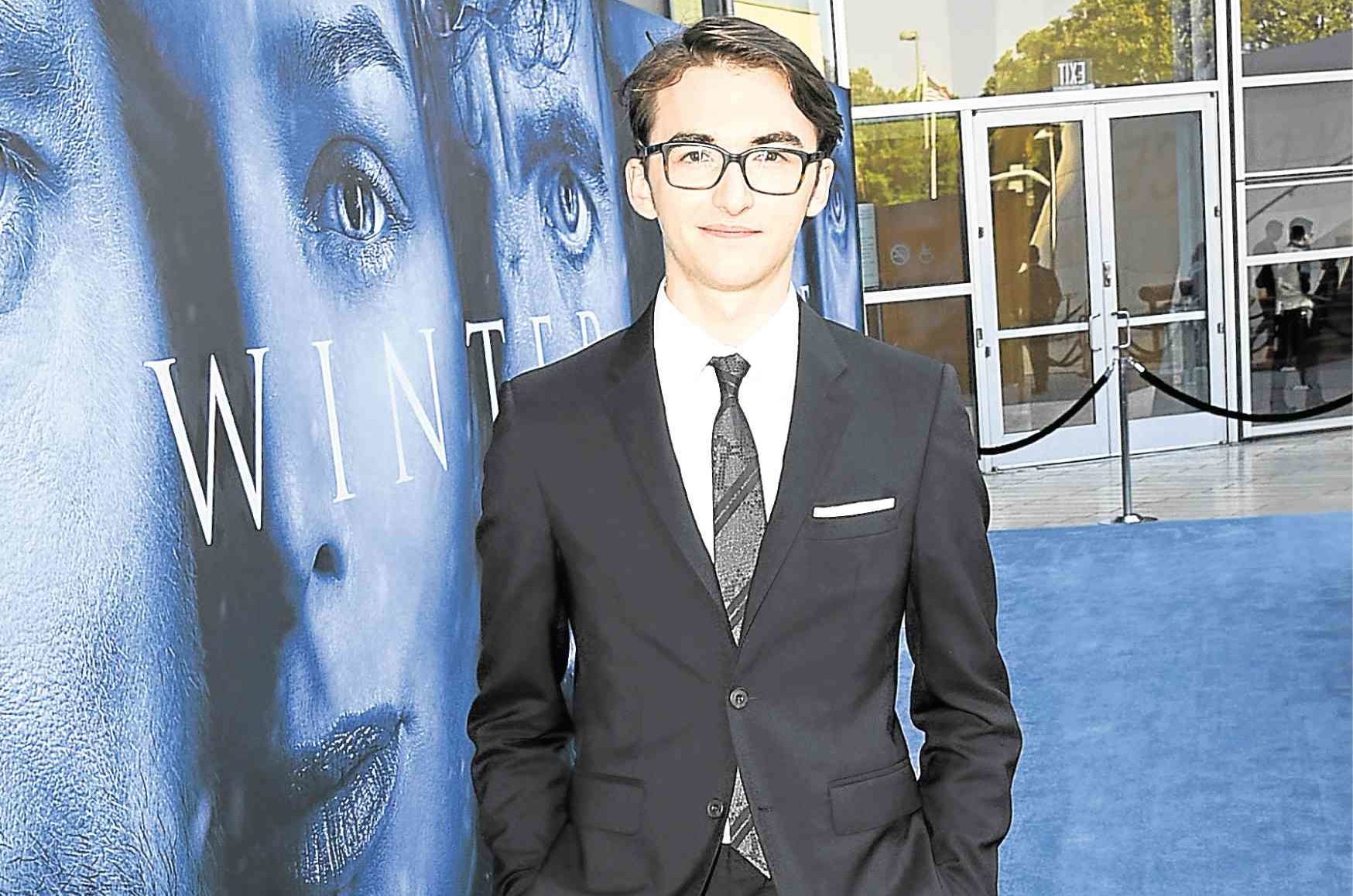 Do you think the remaining Stark siblings could ever be a happy family again? The Starks have been through a lot as a family. I don’t know about happy, but they are family—and if they ever were to reunite, I’m sure there’d be a sense of relief and joy, because we’ve only seen them together in that [state] during the show’s first season. They all grew up to be very diverse characters.

Arya, Sansa, Jon and Bran are now distinctly different from one another. I don’t think we’ll ever see them the same way they were.

Do you still get in touch with costars whose characters have been killed, like Jack Gleeson (who played Joffrey)? Everyone is so busy now, so it’s difficult for us to get together. But I hope we’ll all be invited back to a reunion before the whole thing is finished.

What will you miss the most when the show ends in Season 8? The show seems so massive that it’s hard to imagine any way of wrapping it up convincingly—but, that’s exactly what’s happening.

It’s slightly frightening because, for the last seven or eight odd years, I’ve had secure employment year after year, and the end of that is worrying.

But more than anything, it’s a terrible shame to not be around the same people every year, because we have become good friends and, in many ways, we’re family.

Do you have plans to appear in superhero films or blockbuster movies like “Star Wars?” If a call comes from “Star Wars,” I’d be there in a flash (laughs)!

I didn’t really do that much acting during “GoT’s” off-season. But now that I’m done with school, it’s a pleasant time to look for projects that would suit me.

Catch “Game of Thrones,” Season 7 every Monday at 9 a.m., with an encore telecast at 9 p.m. on HBO on SKYcable and SKYdirect. Or you can livestream GoT episodes via the HBO GO app. Visit mysky.com.ph.