Myke Salomon is a jack of all trades | Inquirer Entertainment

Myke Salomon is a jack of all trades 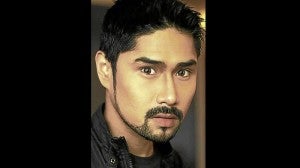 SALOMON. Earned raves for his performance in “Magsimula Ka.”

“I’m into a lot of things, because if you enjoy what you’re doing, you’ll find time for them.” This was the explanation I got from Myke Salomon aka DJ Myke when I asked him about his various interests and how he devotes time to each of them.

He later honed his musical skills at La Salle Greenhills, when he joined the LSG band. His first stage experience was playing Tony in Cue Drama Club’s production of “West Side Story.” “I joined the club upon the advice of my teacher, so I’d get a higher grade in English,” he recalls.

The group front-acted for Mariah Carey, Ashanti and Daniel Bedingfield: “Kami ang international front act of the Philippines,” he quips. Myke left the group in 2010, because like many other musical artists, he wanted to release a solo recording.

His first album, “Homework,” was titled as such because he recorded it at his house’s bodega studio. He wrote six songs, while the other six were covers.

Myke’s fascination for musical theater was finally realized when he joined the cast of the restaging of Gines Tan and Nestor Torre’s “Magsimula Ka” last year at Music Museum. “Bumili lang ako ng Redbull sa convenience store ni Robert Seña, who asked me kung kaya kong abutin ang high C for one of the songs in the musical. I didn’t know that he was serious about it. He gave me the demo of the song, then pinuntahan ako nilang dalawa ni Isay Alvarez sa bahay at pinakanta. That was the first time na natakot ako — at sa sarili ko pang bahay!” he recalls.

Myke got the part he auditioned for and had the chance to sing the title song of the musical — he even got rave reviews for his performance. “Ang sarap ng experience ko sa ‘Magsimula Ka,’ kasi halos lahat ng cast doon ay nag-uumpisa pa lang. Everybody was willing to learn, and it was also Robert’s first time to direct a musical — one that was closest to his and Isay’s hearts, at that, kasi doon din sila nagsimula,” he relates.

“Magsimula Ka” opened more doors — and roles — in musical theater. He is in Peta’s long-running and critically acclaimed, “Caredivas.” “Iba namang experience ‘yun, kasi it involved learning a culture — we had to learn Hebrew and speaking with a different accent, kasi Palestinian ako doon,” he says.

He’s aware that a career in theater isn’t that financially rewarding, but the valuable lessons he gets from it are priceless, especially the discipline.

“Dapat committed ka sa work mo at sa material na kailangan mong pag-aralan, especially when you’re with veterans. I was intimidated to be working with them, but in a good way — because not everyone is given the chance to do so. Dapat sabayan mo sila! Ang sarap ng pakiramdam na ma-challenge ka,” he beams.