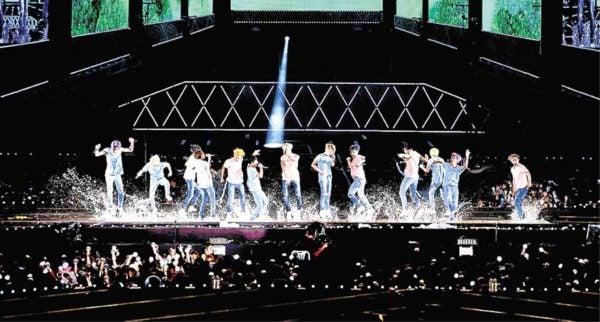 Seventeen, one of the biggest K-pop groups (with 13 members), is scheduled to hold a concert at the SM Mall of Asia Arena on Oct. 6, as part of its first world tour titled “Diamond Edge,” according to local promoter MMI Live (call 4702222).

Also known to fans as SVT, the boy band is divided into three subunits with different specializations: the hip-hop unit (composed of S. Coups, Wonwoo, Mingyu and Vernon), the vocals unit (Woozi, Jeonghan, Joshua, DK and Seungkwan) and the performance unit (The8, Hoshi, Jun and Dino).

This will be the band’s second show in the Philippines.

The boys, whose ages range from 18 to 21, are expected to perform songs like “Very Nice” and “Don’t Wanna Cry,” as well as other tracks from Seventeen’s album and four EPs.—ALLAN POLICARPIO