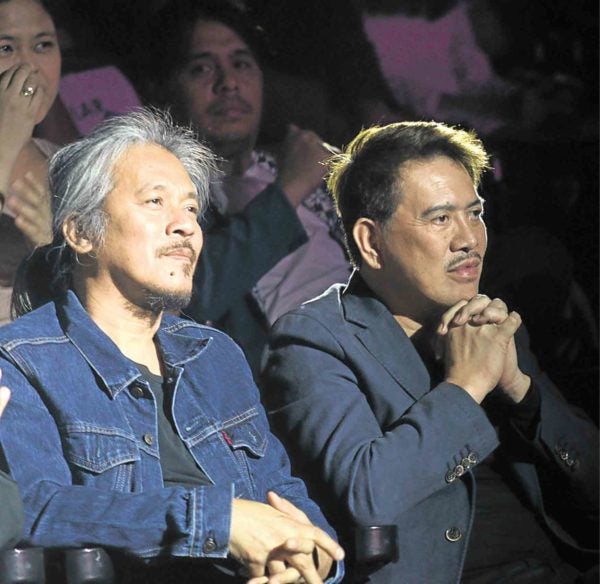 Finally, indie filmmakers from the Philippines are represented in the Academy of Motion Picture Arts and Sciences, the same organization behind the Oscars.

The Academy has invited Filipino filmmakers Lav Diaz and Brillante Ma Mendoza to join the same elite club that was once dubbed by critic Sam Barsanti as “a not-so-shadowy cabal that runs Hollywood, breaking hearts and making dreams come true with a little bit of Oscar glory.”

Diaz and Mendoza were among the 774 new members—recently inducted to increase the number of “women and people of color” in the Academy’s 8,000-strong membership.

This move is seen as part of the Academy’s attempt to “reflect the growing diversity  of the filmmaking community,” while addressing the #OscarsSoWhite controversy.

Apart from Diaz and Mendoza, other Asian filmmakers who made it to the roster were Kim Ki-duk, Ann Hui, Takashi Miike, Johnnie To and Tran Anh Hung.

“I am glad that we now have representation in the Academy,” Mendoza told the Inquirer. “In spite of our contrasting aesthetics, Lav and I were invited to join the same group.
This can only mean that Hollywood now recognizes Philippine cinema.”

It’s a historic first for the country, Mendoza quipped. “It’s a good development, and I hope other Filipino filmmakers will continue our work of making positive contributions to the world of cinema.”

Diaz, whose “Ang Babaeng Humayo” won the Golden Lion in Venice last year, was just as upbeat about the news.

“It sounds cool,” Diaz told the Inquirer. “It is an acknowledgment that Philippine cinema and Southeast Asian filmmaking are finally a part of the Academy’s once-exclusive forum.”

He took note of a historical fact. “Our region has long been just an agora for Hollywood, its biggest testing market, in fact, when it comes to assessing trends in the audience’s response to its products.”

Diaz pointed out: “Now, they are opening up—albeit only in terms of the Oscars’ voting process. Uy, sama na rin kayo … may konting boses na rin kayo. (You can now join us … you now have a little say.)”

He, however, reiterated the importance of “looking into the selection process in the Foreign Language section, where the decisions are made by each country’s so-called film academies.”

“Every year, we have really strong films that can compete, if we are only talking about competition,” he asserted. “Sadly, in our case, we have an archaic and unprogressive selection process. So shameful, naïve and utterly feudal. We have wasted so many opportunities in the past.”

He was quick to point out, though: “I am not undermining the role of the Film Academy of the Philippines [which selects the country’s entry].”

Diaz, however, cannot overemphasize the urgent need “to look … beyond politics and clique mentality.”

“This is a cultural issue. This is a big responsibility,” he declared. “We should create a formidable selection committee every year. Maybe we can send two or three films, not just one. And involve members of the academe, critics, film scholars and filmmakers.”