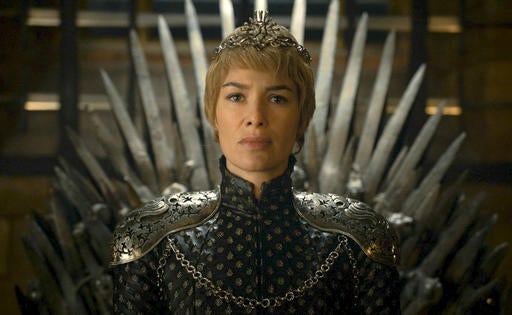 Lena Headey appears in a scene from “Game of Thrones.”  (HBO via AP)

HBO’s “Game of Thrones” might have been off air for over a year, but the epic fantasy saga remains as popular as it has ever been.

The show’s Season 7 premiere on Sunday (Monday in Manila) was watched by over 16 million people— becoming the show’s most watched episode since it first aired in 2011.

According to the Hollywood Reporter, a record-setting 10.1 million viewers tuned in to the live broadcast of the episode, while another 6 million were accounted for in streaming views.

Aside from eclipsing last season’s benchmark for viewership, HBO confirmed that the season 7 premiere also notched ”the highest number of concurrent viewers.”

Meanwhile, the critically acclaimed series based from George R.R. Martin’s “A Song of Ice and Fire” has truly come a long way, as its pilot episode only brought in 2.22 million viewers.  Khristian Ibarrola /ra

‘The Red Wedding’ was the hardest to write, says GoT author George R.R. Martin