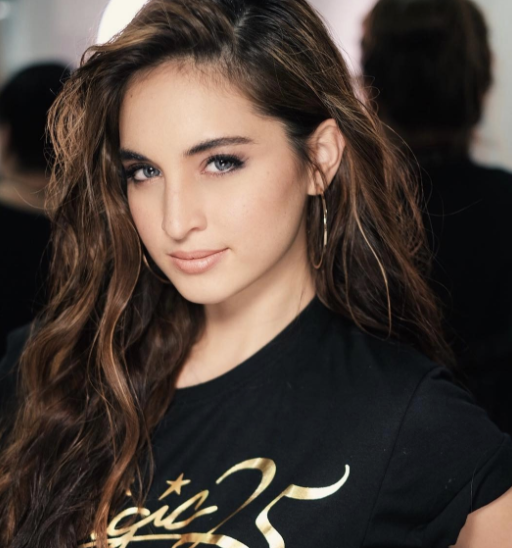 Now that ride-hailing companies face an unsure future, people are making their voices heard about the issue, and these include celebrities who took to social media to air their grievances.

Kapamilya actress Coleen Garcia posted her views on Twitter. Garcia expressed her pro-Grab and Uber stand as she shared how safe she felt when booking her rides. She claims that with taxis, she does not feel safe.

She also shared how unsafe riding a normal taxi can be when at one time, she “almost got kidnapped while riding a taxi alone, in the middle of EDSA.”  Garcia also called out “rude and obnoxious” drivers who sometimes “demanded more money.” 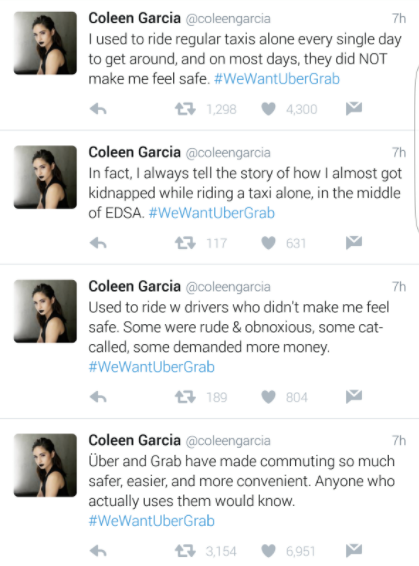 Garcia however pointed out that she is “not generalizing all taxis & not saying that all Ü/G drivers r safe &trustworthy. All I’m saying is, pls give us the option.” Her posts also carried the hashtag #WeWantUberGrab. 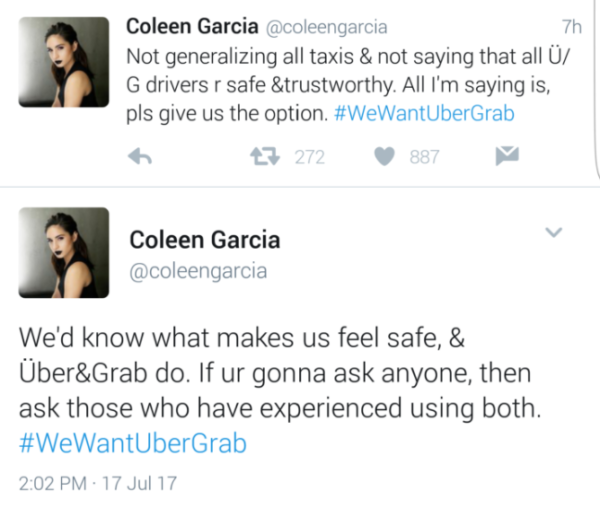 Kapamilya actor Enchong Dee, in his post, pointed out that money might be the root of all the controversy: “Pera Pera nalang.” His caption was accompanied by a viral image-quote called “joke of the day.” 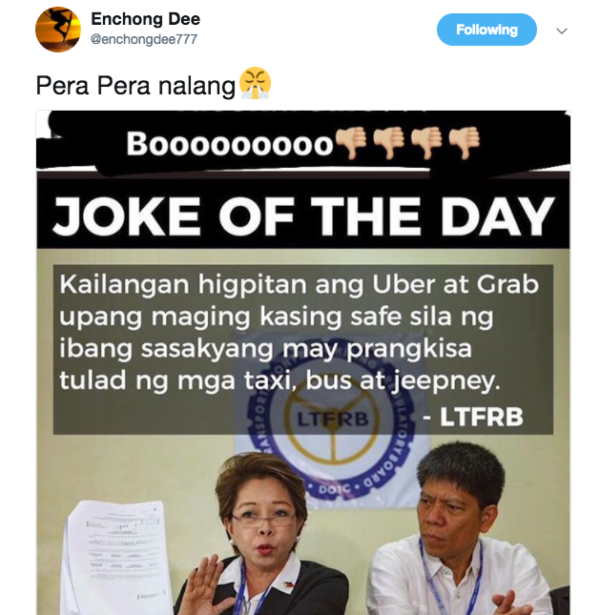 Sports anchor Francesca “Chesca” Litton also tweeted her sentiment: “I have yet to encounter an Uber or Grab driver who asks me to add 300 pesos because ‘traffic dun eh.'”

The Land Transportation Franchising and Regulatory Board’s directive of apprehending drivers who continue to operate without franchises will be in effect starting July 26. All apprehended vehicles shall be impounded for at least three months and the drivers will each face a P120,000 fine. JB

LOOK: Drivers of Grab, Uber give celebrities a ride and in return get selfies