Meet the creator of ‘Johnny Bravo’ 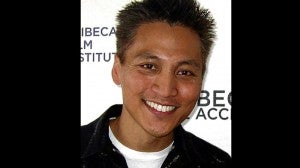 “I honestly haven’t seen very much so I get excited when I see Filipinos working in the animation industry,” Van told Inquirer Entertainment in a recent phone interview. “Like Alex Niño (artist for Marvel and DC Comics) … I met him and told him I grew up seeing his work.”

On season five of “Johnny Bravo,” Van said he hired as many Filipinos as he could. “There were four of them (including singer-actress and Inquirer Entertainment columnist Lea Salonga) … ”

Van was born Efrem Giovanni Bravo Partible in Manila, but traces his roots to Bacnotan, La Union. He is currently based in Salinas, California.

He has not yet returned to the country since he left for the United States when he was 9. “My work schedule hasn’t allowed me to do that,” said Van, now married and a father of two. “Usually, when I fly out to Asia, it’s through Cartoon Network. My work hasn’t taken me to the Philippines yet. It would be fun.”

Growing up in the States, Van said he was more into “assimilating to American culture than to holding on to my roots.” This meant he never got to learn to speak Filipino.

“That’s what you do when you’re in a new place—you try to fit in,” he explained. “The only thing that rolls off my mouth is ‘Salamat. Walang anuman.’”

Van said he grew up with an avid love for drawing: “I went to a high school reunion recently and my friend, who I went to kindergarten with, said, ‘I remember when you drew a picture that was better than the teacher’s. It was a squirrel.’”

But Van pointed out that he doesn’t try to push his interests on his kids. “They both draw well at a young age. I only try to see where their natural inclinations are. My 9-year-old has taken an interest in writing. The other one is into drawing a whole bunch of things. It’s kind of fun watching them.” 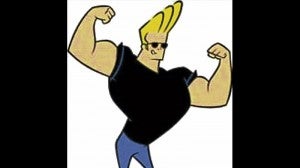 “Johnny Bravo” features a hunk with a pompadour and a voice like Elvis Presley’s. The series usually revolves around him trying to get a woman to fall in love with him, but is often ditched in the end.

The series has its roots from Van’s senior thesis project at the Loyola Marymount University titled “Mess O’ Blues,” about an Elvis impersonator. Van’s animation professor showed his work to a friend working for Hanna-Barbera at that time. The studio loved it and asked him to develop it into a pitch for a seven-minute short. He sold the project to Hanna-Barbera shortly after.

“Johnny Bravo” first aired as part of a series of shorts on Cartoon Network’s “World Premiere Toons” in March 1995. It was so well-received that the network commissioned a full series for it, which premiered in July 1997. The program was renewed for two seasons and had its final run in August 2004.

“I’m a huge fan of Elvis,” he said. “We didn’t have many records when I was growing up. (But) the first one my parents bought for us was an Elvis record. We’d go between listening to Elvis and Nora Aunor.”

Van was convinced that the key to the success of “Johnny Bravo” was the character’s appeal. “People know this character because they have uncles, cousins, friends who act like Johnny Bravo,” he explained. “It’s fun to watch, even though he’s kind of a narcissist.”

In 2009, Van wrote the 11-minute short “Johnny Bravo Goes to Bollywood” that aired in India. “It was well received,” he said, adding that it even earned a nomination at the Annecy International Animated Film Festival that year. “Johnny Bravo has been around for quite a while, but it was the first time for it to receive a nomination; That was kind of exciting.”

Van, currently the executive producer for Cartoon Network Asia’s original programming, said that the movie was created because the network wanted to launch a short program in Asia with a known character.

The 74-minute made-for-TV musical version of “Johnny Bravo Goes to Bollywood” premiered in Asia on Cartoon Network on Nov. 27.

Van also conducts animation workshops at Loyola Marymount University. He tells his students and budding artists to “keep on drawing … I think the more you draw, the better you get,” he pointed out. “I was already drawing pretty well when I first developed Johnny Bravo. But when I started doing it full time as a job and drawing everyday, I saw the progress that I made. It’s amazing how much better you get just sitting there drawing on a piece of paper. It’s all about the time you put into it.”