When beauty queen Venus Raj was requested to present her Master’s thesis to members of the academe and the public, like any other student, she was hesitant. “I was really scared. Tapos na ako, graduate na ako (I’m done with school, I’ve graduated),” she quips.

But the Miss Universe 2010 fourth runner-up graciously accepted, and ever the professional, arrived ten minutes ahead of schedule for the lecture at Ateneo de Manila University, hosted by the Department of Sociology and Anthropology. And despite having previously faced millions of people worldwide on television, she admits to the relatively smaller university crowd, “I’m really nervous. I think this is more difficult than competing in an international pageant.” 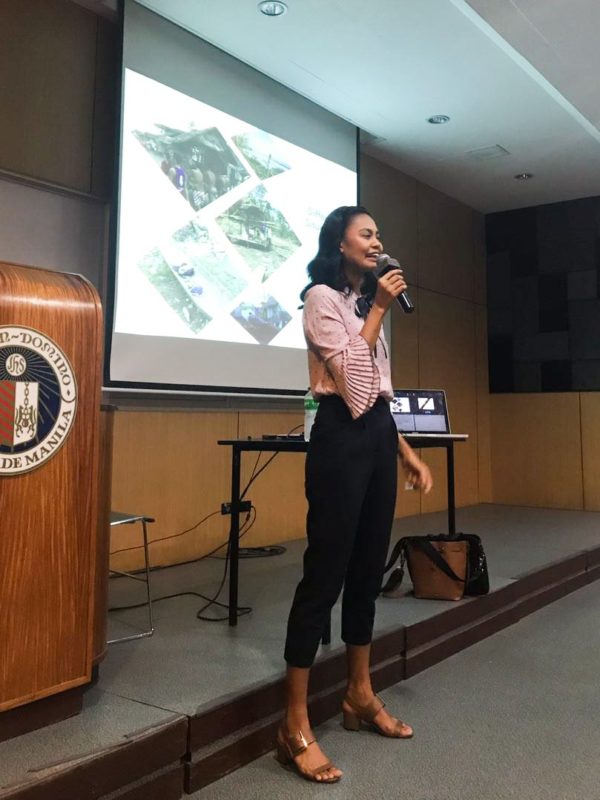 The nervousness didn’t show, especially when she speaks of her personal experience with spirituality and resilience, which is the topic of her thesis.

“I really experienced what it was like to be displaced because of a typhoon, or what it’s like to pack your things and go to your neighbor because they had a concrete house and your house would be devastated after,” the 29-year-old master’s graduate shares. “We know that because our house is just made of light material. And when it rains outside, it rains inside the house.”

One moment from her childhood struck her about what it means to be resilient: “One night, we were all sleeping… Because of very strong thunder, I woke up in the middle of the night. I saw my mom in the corner. She was holding an umbrella and then she was just praying. I thought, ‘wow, my mom’s also scared.’ That gave me the assurance that you can be scared, you can feel the emotion that you want to feel but don’t forget that there’s someone who is bigger than your emotions.”

“That triggered me to be comforted and to have that peace even in the midst of the storm. So that gave me the interest to this study, to see how my fellow Bicolanos would respond to the research.”

Her paper titled “Disaster Resilience and Spirituality” delves into how fisherfolk in her hometown of Bato, Camarines Sur cope after a disaster and how their spirituality is linked with their resilience.

The most recent disaster was Typhoon Nina which devastated the province last December 2016, during Christmastime. 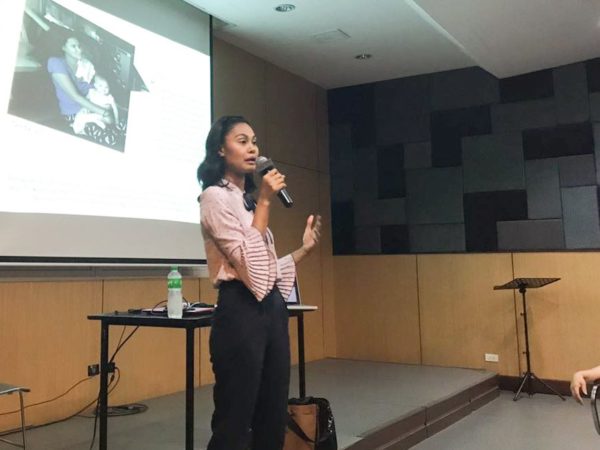 Raj interviewed 17 fisherfolk, both men and women, and did two focus group discussions. It helped that she was from the area as they were able to share their experiences in the Bicolano tongue.

She shares that her major, major findings (her joke) surprised her, as she didn’t expect that there would be a difference between the way men and women viewed spirituality.

Because spirituality has no direct translation in the local language, one of the ways she strived to get a definition was to ask for their source of strength.

“For men, they would instantaneously say family. They also said ‘the Lord’ or ‘my own strength and capabilities,’” reveals Raj. Women on the other hand linked their strength first to God, and second to family.

Their learnings post-disaster also varied: “The men would say, ‘we always have to be prepared. If something happens to you or your family, get back up again and continue with your life.’”

“But women would always say, ‘I learned in this situation that you should always put the Lord first. Love other people, love your neighbor and then really strive for your family,’” shares Raj.

In terms of disaster resilience, she proposed tapping into spirituality to build resilient communities, as this appeared to be the key to compassion and eventually, moving them to action as one.

“Spirituality can be that flame in their hearts that will inspire them to collaborate and work with other people towards a common goal, which is disaster resilience,” she explains. 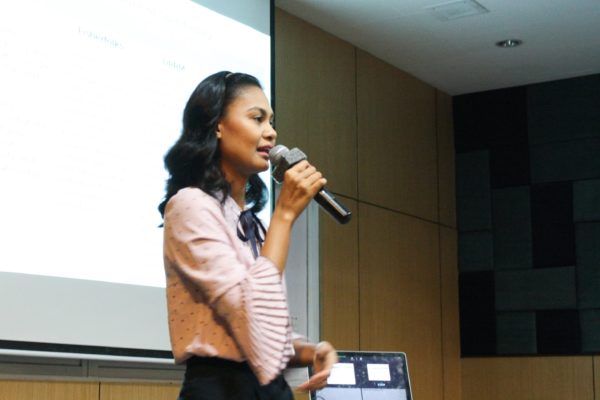 The MA in Community Development graduate says that spirituality should be included in disaster risk reduction management for more people to be involved. Image: INQUIRER.net/Niña V. Guno

“It’s significant because values like love, compassion, reduces discrimination and allows them to look beyond their situation. Hindi na tayo kanya-kanya. Magkakasama tayo rito (We are no longer individuals. We are all in this together.).”

She also emphasizes the importance of spirituality in disaster risk reduction management (DRRM) handled by the local government and those involved in community development.

“Spirituality is also an approach and a strategy to build back better,” says Raj. “Since the respondents recognize the value of it in their lives, it would be worth considering cultivating and developing its strength and potential in DRRM.”

One of these is how fast a community can recover from a disaster. “In DRRM, spirituality promotes faster rehabilitation in coping up when people are emotionally stable and spiritually strong. If they know ‘I can do this, I have hope, I can overcome this situation,’ it’s easier to promote faster rehabilitation,” she explains.

Raj laments that there have been no professional psychosocial interventions in her province after hazards hit them. “After every typhoon—probably this is just in my town, in our province—there was never really a time that I remember that someone came to us and said, ‘Kamusta po kayo?  (How are you?) So how do you feel now?’ Walang ganun akong na-experience (I never experienced something like that.).”

She witnessed how this affected her fellow Bicolanos: “When I did my data gathering, they were really telling stories na minsan, andami nang oras na kinain (sometimes, so much time was taken up). They wanted to share their stories with other people. And you can tell it’s still fresh, some of them would cry, parang may pain pa din talaga (there is still so much pain) that you know they were not able to share with any other people,” she explains.

Including spirituality in disaster resilience plans

She hopes that disaster risk reduction management could be better understood by the fisherfolk who tend to ignore typhoon warnings. “In my town, they don’t understand when [the government] says, ‘It’s signal no. 5.’ They just think, ‘Oh, it’s just the same as the last typhoon,’ and they don’t go to the evacuation center.”

To encourage people to take part in disaster resilience programs, the local government and social workers need to tap into the importance people put into relationships: “I feel if a project is relationship-based, if you have that relationship with your neighbors, I think that magagamit natin siya (it’s something we can use) instead of imposing on them.”

The Bicolana plans to give a copy of her work to the local government and present it to them. However, she wouldn’t force them to use it, even if she views the findings as important to the community. “Wala pa ako sa level na really pushing something to be part of a policy, pero sana, sana, if they feel that it’s really important—and I feel that it’s important—sana (hopefully) they would use it.” 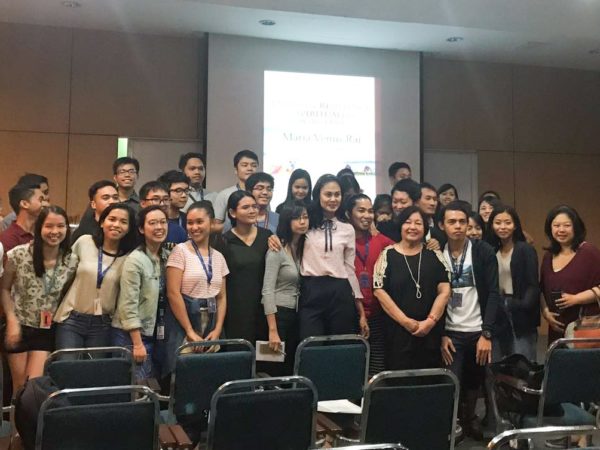 Raj finished her MA in Community Development at the University of the Philippines Diliman. The lecture is part of a class with Dr. Emma Porio under Ateneo de Manila University’s Asian Peacebuilders Scholarship. JB