What frightens ex-radio jock Delamar in the ‘age of spin’ 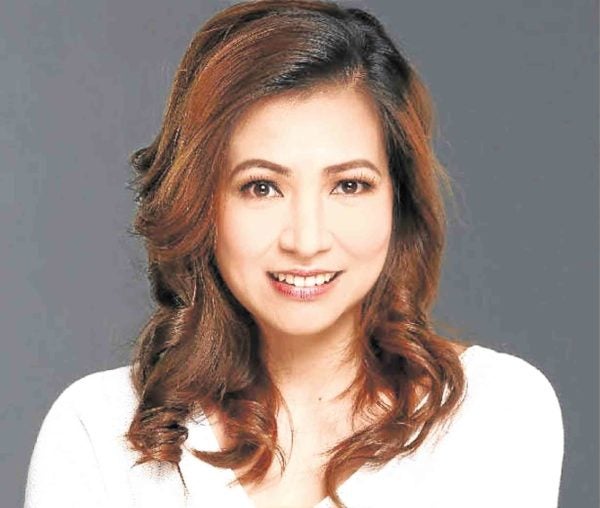 How did leaving a lucrative stint at an FM radio station change Delamar Arias, who cohosted the popular “Morning Rush” show with Chico Garcia for two decades?

“I don’t think I’ve changed much just because I left radio,” she said in a recent e-mail interview. “I’m still me; I’m just not heard on the radio every morning.”

The longevity of her on-air partnership with Chico was based on “chemistry,” she mused: “I can’t tell you exactly why we ticked, we just did. Even if we aren’t alike, we understood each other—and it showed in our conversations for 20 years.”

The ex-jock is married to BPO executive Tyler Ashby, with whom she has three young kids. She is now the host of a new web show, “Str8 Up with Delamar,” viewable via the Facebook page of “listicle” site 8List, every Wednesday at noon. She also hosts a live chat after every episode.

“The biggest challenge for me is the fact that the web is a visual medium,” she said. “On radio, you never have to worry about how you look. You can look like you just rolled out of bed, and no one would know. You just say what you need to say, and that’s it. Here, you [have to be conscious of] how you look while you’re saying it.”

Delamar, who has over 228,000 followers on Twitter and over 69,700 on Instagram, stated that she wasn’t that concerned with reintroducing herself to a new audience: “It isn’t about that; it’s about doing interesting episodes. They’ll know who I am by the episodes I do.”

On sharing her opinions publicly and possibly encountering online trolls, she said: “You have to take what people say—the good, the bad and the ugly—and accept that, whatever you do, some of them are going to hate you.”

What scares her about the world now, in cyberspace and in real life? She responded, “I’m frightened about how we seem to live in the ‘age of spin.’ It’s difficult to get to the facts because of so much spin. The prevalence of fake news and alternative facts scares the sh*t out of me. I’m also scared of how celebrity-driven our culture is these days.”

But it’s not too late to make people more discerning of political figures, news items or celebrities, she said. “Question motives—listen not only to what they say, but also to what they are not saying,” advised Delamar. “Sometimes, silence is a statement in itself. Many public figures are slippery like that.”

According to Delamar, it’s important to question your sources. “Even some ‘science’ websites are only scientific in name, but not in content,” she noted. “Be observant—examine what you read before you believe. On the people you idolize, don’t pattern your life after theirs. Most of that is publicity. You only know what they want you to know. So, be careful about who you idolize or put on a pedestal.”