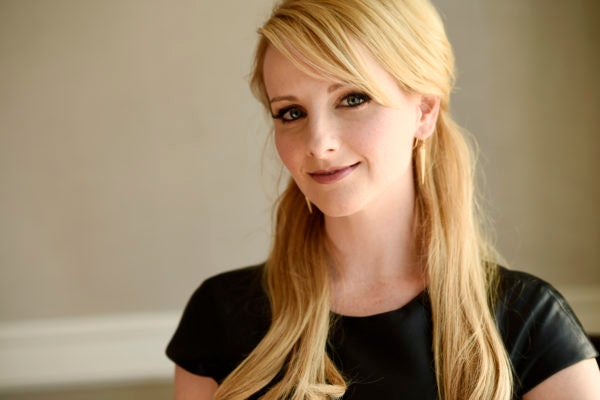 In this March 8, 2016, file photo, Maelissa Rauch, a cast member and co-writer of “The Bronze,” poses for a portrait at the Four Seasons Hotel in Los Angeles. Rauch announced her pregnancy in an essay for Glamour magazine published online on July 11, 2017. AP

The actress revealed her pregnancy in an essay for Glamour magazine in which she also opens up about a miscarriage she suffered. She writes that she’s “terrified at the moment that it will happen again,” but is making the news public before someone sees her pregnant and announces the news first.

She says the miscarriage “was one of the most profound sorrows” she has ever felt and led to a bout with depression.

The 37-year-old Rauch says the experience has changed her forever and hopes it will make her a better mother.