ToFarm entry ‘too close to home’ for Sue Prado 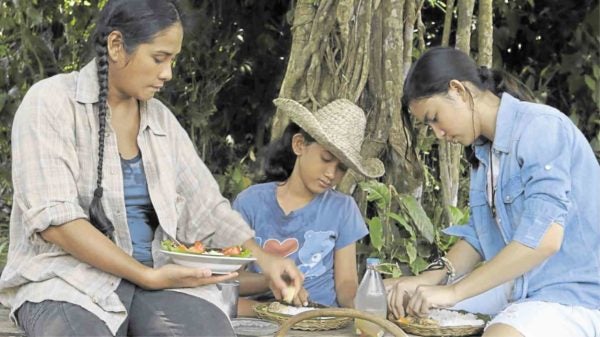 Assuming the role of a woman farmer isn’t something peculiar to Sue Prado, the lead actress of Byron Bryant’s drama, “Sinandomeng.”

The awarded actress plays Sinang, who is forced to tend to the family’s small patch of farm land when her husband passed away. “I grew up in a farm. My late father made sure that my sisters and I knew how to grow our own food, that we could survive without having to rely on other people,” Sue related.

“Sinandomeng” is one of the six finalists of the ongoing 2017 ToFarm Film Festival, which runs until July 18 in the following cinemas: SM Megamall, SM Manila, Greenbelt Mall, Gateway Mall, Robinsons Galleria and Robinsons Metro East.

For Sue, the film is “too close to home” because it’s “real life reflected on the big screen.” She added: “Growing up, I also experienced planting and harvesting rice. I even helped pigs give birth. It’s such a joy that I am able to share this aspect of my life to moviegoers.”

Byron said he wrote the script with Sue in mind, as well as veteran actor Lou Veloso, who plays Sinang’s father Domeng. “I can’t think of anyone else to portray the role. Her previous body of work tells me that she is fit enough to tend the fields,” Byron said. 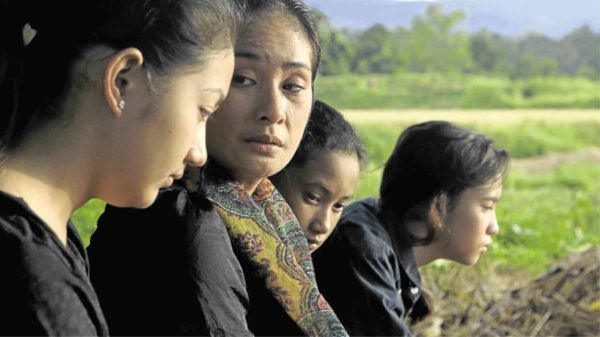 The festival aims to highlight the aspirations of Filipino farmers and their journey to success.

He added: “In the film, Sinang isn’t just a farmer. She’s a widow, a mother of three girls, a daughter to the characters of Lou and Lui Quiambao-Manansala, and a sister. She was able to portray these facets 0f her character well.”

Byron said he was also happy to have achieved “the atmosphere of the countryside. We didn’t shoot in the fields of Tarlac, where it’s often hot and humid. We filmed in the Laguna-Quezon region, where it is hilly and cold.”

“The music isn’t forced,” Byron promised. “Kundiman is very much part of the story. For example, their father Domeng, who’s a kundiman singer, celebrates his 75th birthday with a feast. At his request, everyone sings. There’s also a fiesta feel before planting rice and after the harvest. The farmers do this as a ritual and as a form of thanksgiving.”