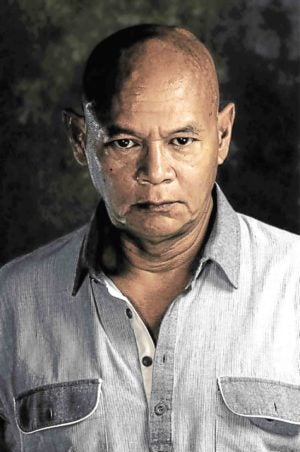 Bembol Roco, last year’s ToFarm best actor winner, was not director Joseph Abello’s first choice to play the lead in his entry in this year’s edition of the festival.

This much the young filmmaker admitted, saying he and his producers had also considered Vic Sotto, Joel Torre and John Arcilla for the main role in “What Home Feels Like.”

“But it turned out that Sir Bembol was the best choice,” Joseph declared. “He has such expressive eyes. Watching the film now, I can’t imagine having anyone else play the part.”

His latest starrer is one of the finalists in the Second ToFarm Film Festival, set from July 12 to 18.

“Working on the film made me realize that farming isn’t as simple as most people think,” Bembol said at the recent media gathering organized by ToFarm chief advocate Milagros How.

“You don’t just drop a seed on the soil and leave it there to grow,” he explained. “You have to go through a long and difficult process of tending to it. Not everything we plant will grow successfully. If you depend on your produce to sustain your family, it’s important for you [to ensure] that each seed you plant [shall] bear fruit.”

In “What Home Feels Like,” Bembol plays the role of Antonio, a seaman dealing with his forced retirement. His current situation makes him realize that his last 33 years as a seaman has distanced him from his family.

Now that he has a chance to catch up with them, his kids are leaving home, and his wife is already used to living without him. Antonio buys a farm and tends to it to while away the time.

The story is based on the experiences of the director’s seaman father, as well as from stories told by friends.

“Like Antonio, my dad also enjoys farming, as well as taking care of his cats. He is doing this because he never really had a chance to take care of his kids while we were growing up,” Joseph pointed out.

He said he was lucky that in the eight days it took him to shoot the film, he didn’t have to worry about his actors.

“We rarely get to Take Four,” he recounted. “I’d only retake scenes when there are technical problems, or when I need to change camera angles. I learned a lot from working with them…Make time to explain things to your actors and filming will be a breeze.”

“This makes me sad. This is why I still couldn’t resign from my day job. I understand why this is happening—cinema operators also need to earn,” Joseph observed. “But should we all be box-office-oriented? I hope there will be more theater owners willing to take the risk in indie movies. There’s also a market for this. People only need to be informed.”