Janella reveals ‘most difficult emotion to show’ in ‘Bloody’ thriller 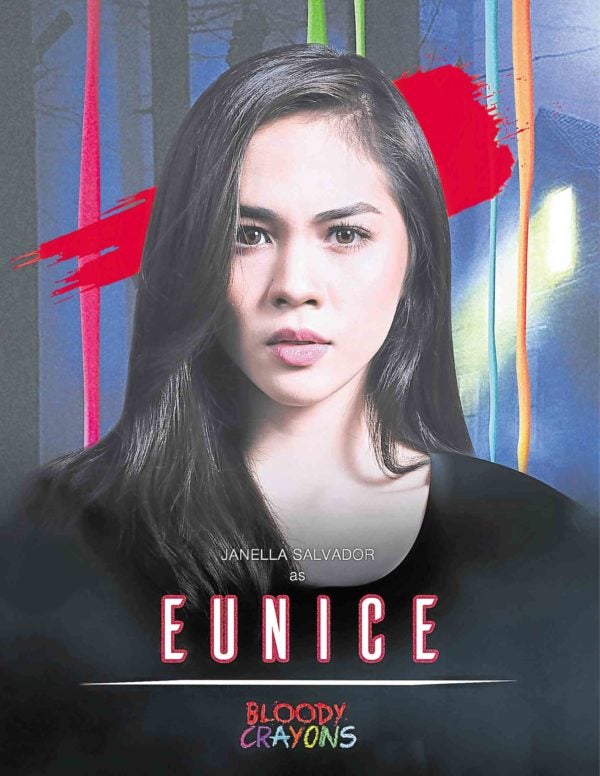 Things indeed got bloody on the set of the suspense-thriller “Bloody Crayons,” according to its lead actress Janella Salvador.

“Shooting the movie had been physically draining. Because of it, I got cuts and a very big bump (on the head) while doing some scenes,” the 19-year-old actress told reporters during the media gathering for the film at the Dolphy Theater inside the ABS-CBN compound in Quezon City.

The movie’s director, Topel Lee, confirmed this by saying: “The other cast members got wounded, too. They all had to do a lot of scenes that required physical activity, like running and jumping off cliffs. Although none of them suffered major injuries—we made sure of that.” Most scenes were shot in dense forests in Batangas and Tanay, Rizal, said the director.

The film is based on the book of the same title by Wattpad author Josh Argonza. It tells of a group of graduating students that travels to an island for their summer vacation. After settling in, they decide to play the dangerous game called Bloody Crayons. Soon after, they start to get hounded by a masked killer.

Topel, who has several successful horror films under his belt, said doing “Bloody Crayons” was a first. “This is different because it does not involve supernatural entities. This reminds me of ‘Gone Girl,’ which is very hard to mount especially if you don’t have good actors working well with you. ” 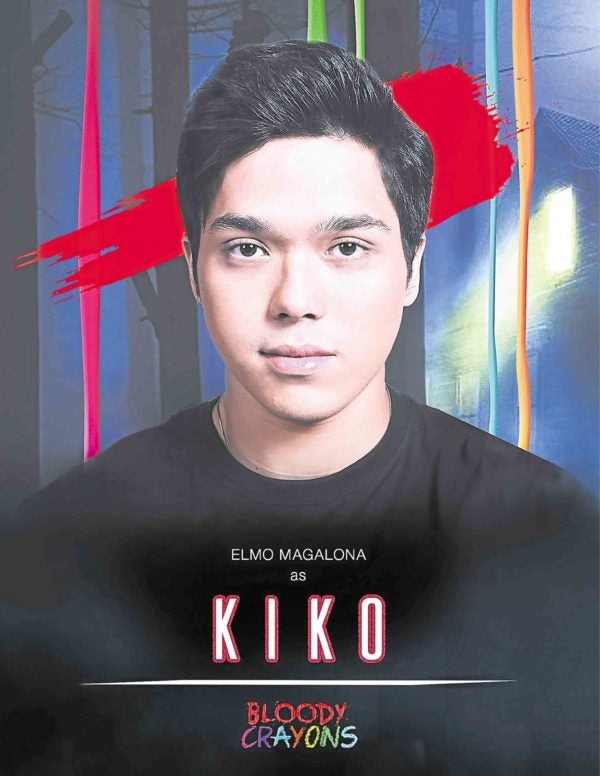 Janella said, “Doing the film was challenging because it required me to show a lot of emotions—and fear is the most difficult to show. It’s an unusual first big-screen project for me and Elmo. ”

She said the fact that her “Born For You” costar was with her made working on the film more bearable. “Elmo always made sure I was OK,” she recalled. “He’d wait for me on the set, even though he was already finished for the day. He makes me happy, especially when he brings me food,” she added.

“The way to Janella’s heart is actually through her stomach,” Elmo quipped. “Ask her, and she’ll readily admit to you that she has the appetite of a man. ”

“Bloody Crayons” is also the first film project of onscreen partners, Sofia Andres and Diego Loyzaga. “However, the story does not focus on our onscreen relationship but on the story. That’s why I didn’t feel like we were love team partners here,” Diego observed.

Sofia added: “Interestingly, what we’ve managed to form during the shoot was a lasting friendship with our costars.” 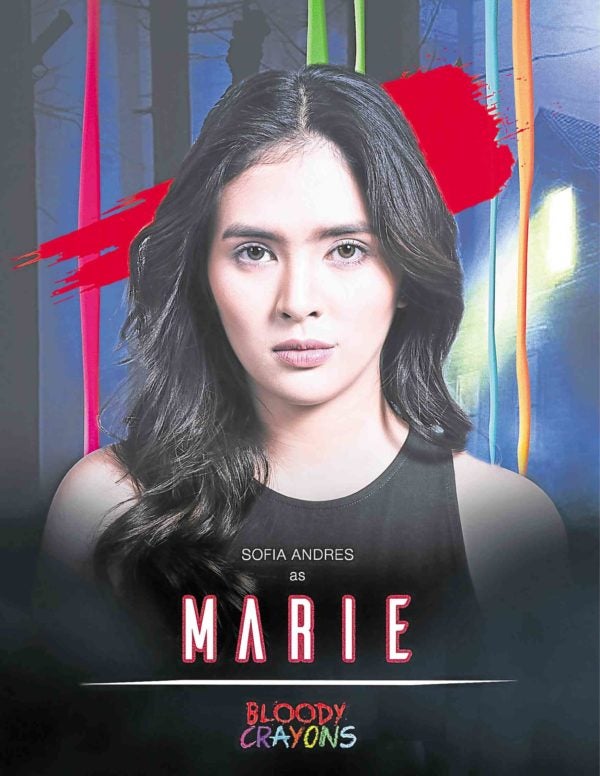 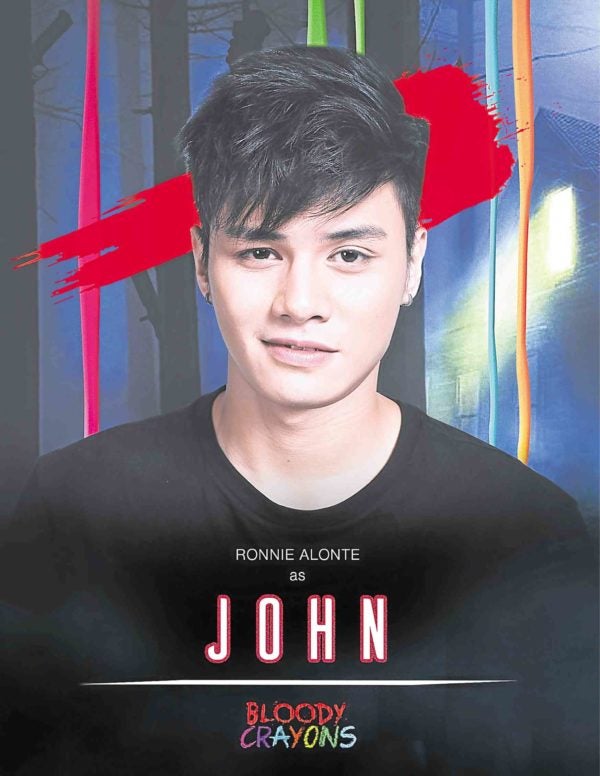 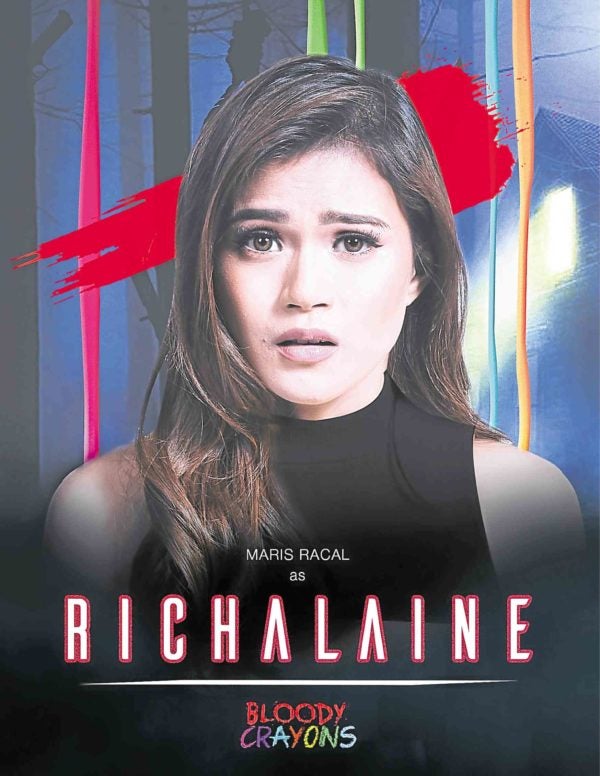 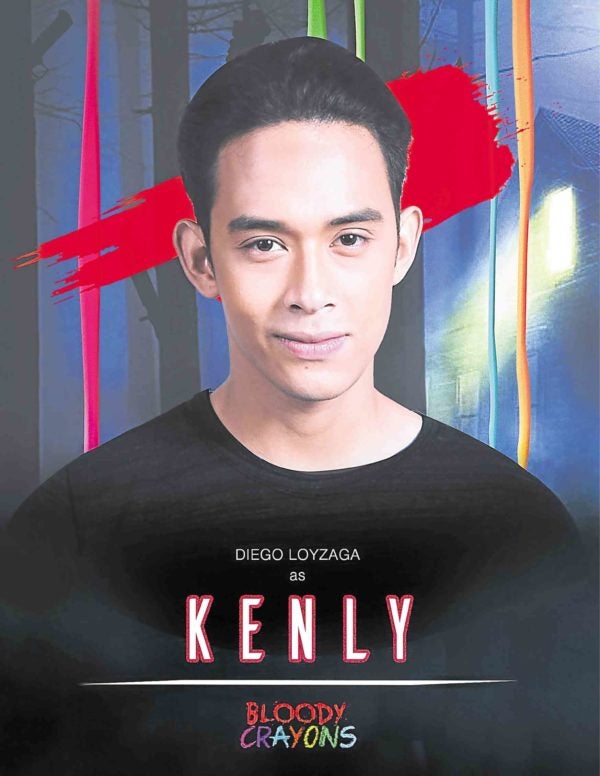