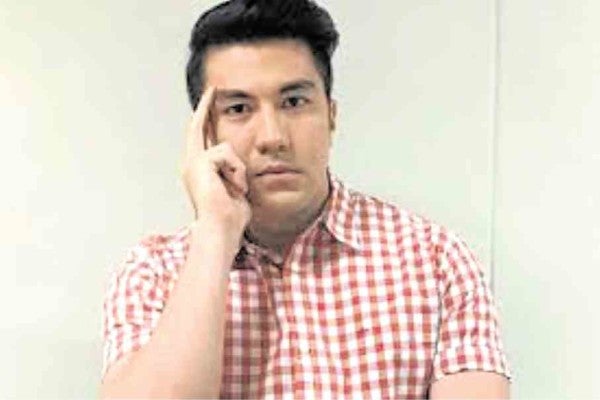 As with the recent case about casting for Darna, speculations as to who will be the next Captain Barbell have started to rise. Could it be Luis Manzano?

Given the lineage, will he eventually inherit the barbell?

Netizens recently asked it straight from the younger Manzano. To halt any further buzz about it, the TV host-actor simply set the record straight: he will not do Captain Barbell.

In one tweet, where a fan asked him if he could be Captain Barbell, he only said he is “not a big star para ibigay ganung role.” (I’m not a big star to be given that kind of role.) 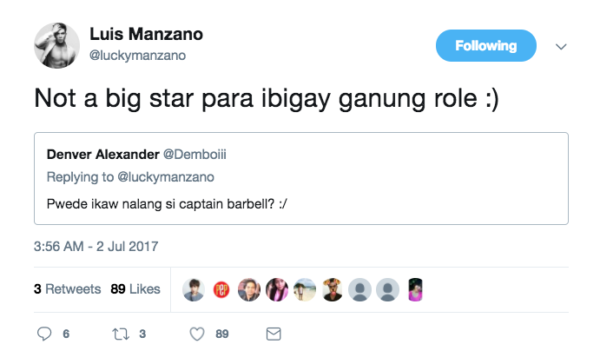 In another tweet, Manzano answered a fan’s query of what could possibly be lacking in him that prevents him from taking on the role. Without any fuss and with a playful smiley, he answered, “Star power.” 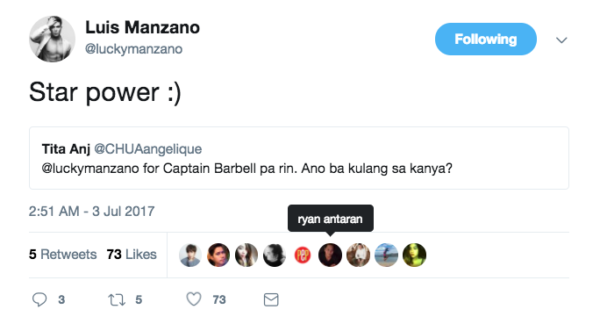 He may be qualified by pedigree but he believes he is not a “big nor a bankable star” to give justice to the role. 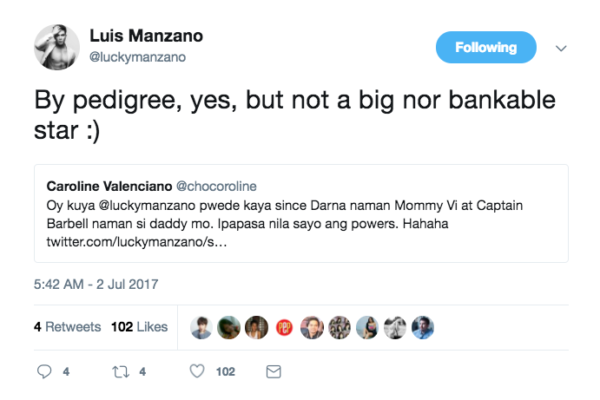 The famous Filipino super hero Captain Barbell was created by the legendary Mars Ravelo. Captain Barbell’s huge success in komiks paved the way for the first Captain Barbell movie in 1964. Several other movie versions were produced later. Aside from Edu Manzano in 1986, other actors who have played the super hero were Bong Revilla in a 2003 film and Richard Gutierrez in both its 2006 and 2011 TV adaptations. JB