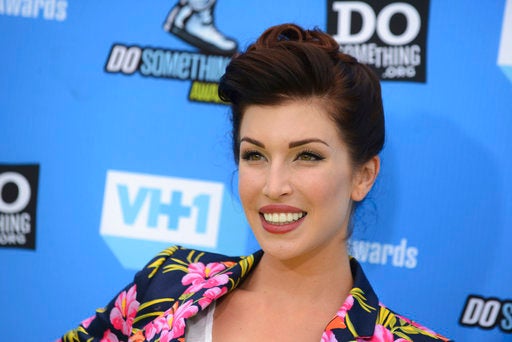 FILE – In this July 31, 2013 file photo, Stevie Ryan arrives at the Do Something Awards at the Avalon in Los Angeles. Ryan, an actress and comedian who gained with impersonations of celebrities on YouTube, has died. She was 33. (Jordan Strauss/Invision/AP, File)

LOS ANGELES —  Stevie Ryan, an actress and comedian who gained fame with impersonations of celebrities on YouTube, has died. She was 33.

Los Angeles County coroner’s spokesman Ed Winter said Ryan died Saturday at her home in Los Angeles. He said her death has been ruled a suicide after the agency performed an autopsy.

Ryan had gained fame on YouTube with impersonations of celebrities, including Justin Bieber, Kim Kardashian and Amy Winehouse.

She also had a sketch comedy show on VH1, “Stevie TV,” and co-hosted a relationship talk show with Brody Jenner.