Lifetime docudrama reveals heartwarming facts about the King of Pop 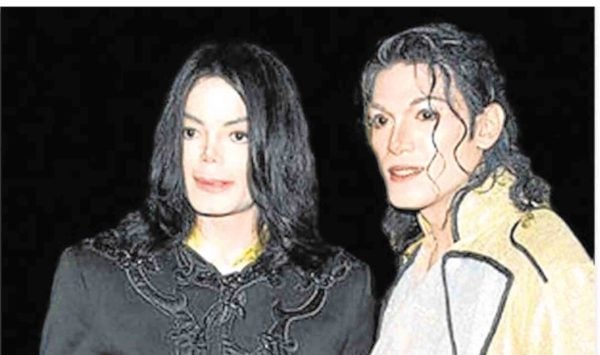 Michael Jackson (left) with his No. 1 impersonator Navi

As a Michael Jackson diehard, I cried buckets after watching “Searching for Neverland,” aired last June 25 on the Lifetime Channel, in commemoration of MJ’s eighth death anniversary. It is based on the best-selling book, “Remember the Time: Protecting Michael Jackson in His Final Days,” by the performer’s trusted bodyguards, Bill Whitfield and Javon Beard.

Navi, MJ’s best impersonator, portrayed the King of Pop. Michael used to hire Navi as his double. Watching Navi gave me goosebumps. It really seemed like MJ came back to life.

My heart bled for Michael while watching the TV special. I’m sure MJ fans like me wished we could have volunteered to keep Michael company when he was feeling so alone. How could he have been in dire financial straits in his final years? His record sales were legendary. What happened to the music royalties due him?

Even if MJ spent lavishly during his prime, there must have been some left from the billions of dollars he earned. Something’s fishy. He was generous to a fault and people robbed him blind. MJ is listed by Guinness as the celebrity who gave the most to charity. How sad that when he was the one in need, he had nobody to turn to.

It was heartwarming to discover that MJ really took time to read his fan mail—and how he reprimanded guards who shooed away fans from waiting outside his home. As his bodyguard said, Michael’s true “family” was his horde of fans, who never abandoned him.

The TV special also revealed how devoted MJ was to his three kids. The main reason for mounting his final concert tour, “This Is It,” was so that Paris, Prince and Blanket could watch him perform live for the first time.

It was also because Michael wanted to buy a new home for them which would have been called Wonderland, since they had to flee from their former home, called Neverland, when MJ was hounded by controversies. It reminded me of the “Neverland” souvenir bag that the Quindoys, the couple who used to work for MJ, gave me—which is part of my MJ memorabilia collection.

It was amusing to learn that MJ got a kick out of ordering from fast food drive-throughs himself. He wondered if the crew recognized his voice. He loved singing in the car, and when he got pissed, he would then prod his bodyguard to sing along with him.

On behalf of the millions of MJ fans, I salute Bill and Jevon. MJ could count on them even when there was no more money to count. As Bill lamented, “When I watched MJ’s memorial service and heard his so-called friends paying tribute to him, I asked myself, “Where were they when Michael needed them the most?”

“Searching for Neverland” hit me bull’s-eye. It brought to mind one of my fave MJ quotes: “I wish people would get to know me as a person, and not just as a personality.”

Since MJ’s brilliance was out of this world, some of us forgot that he was also a human being. When the singer’s fanatics—like me—miss him, we console ourselves with the thought that the King of Pop has finally found the Neverland he’s always been searching for.

Keep moonwalking with the angels, MJ—and please whisper to God to “heal the world” that just can’t stop loving you.

PERSONAL: Congratulations to my good friend and dentist to the stars Dr. Mark Gan on the opening of GAOC in Cebu.