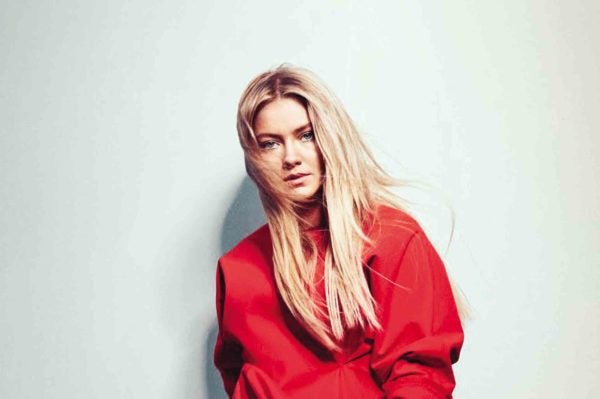 Because the young Norwegian pop artist Astrid S is just beginning to actively expand her audience beyond Europe, she was surprised to learn that she already has quite a following in the Philippines; thanks to music streaming services, such as Spotify, where her songs, “Hurt So Good” and “Running Out,” both have over 130 millions plays.

“It’s so amazing! Music is a universal language. It doesn’t matter whether you’re a Christian or a Muslim; from Europe or Africa. It doesn’t matter what culture, religion, ethnicity or country you’re from—everyone can relate to music,” she told the Inquirer in a recent e-mail interview.

“Knowing that people like my music—all the way there in Asia—is the most rewarding feeling,” added the 20-year-old singer-songwriter, who was a finalist in the seventh season of the Norwegian version of “Idol.”

Astrid, whose style combines electronic pop and urban sensibilities, has just released a new single, “Breathe” (Universal Music), and is scheduled to drop her second EP, “Party’s Over” this month. She has likewise worked with such artists as Shawn Mendes, The Vamps and Troye Sivan.

Excerpts from the Inquirer interview:

Who has been your biggest influence as an artist? I listen to lots of artists. But I remember discovering John Mayer, whose music made me want to write my own. And so I did.

What was it like working with Shawn, Troye, etc.? I have a song with Shawn (“Air”), and I have been on tour with Troye. They’re both doing very well now, so I’m happy for them! I still have to pinch myself whenever I look back on my time with them. I’m very thankful they gave me the opportunity to do so.

What was the biggest lesson you learned from your time on “Idol”? How to handle anything while under immense pressure and stress. I have developed my own way of getting into focus, and knowing what works best for me whenever I’m in situations where I need to be grounded.

You grew up in a little town called Berkak. Did that have any impact at all on your development as an artist? I don’t think so, to be honest … We listened to the big radio channels, and bought the same records kids my age living in bigger towns had. I was really into Britney Spears when I was little.

But it was a safe environment, and gave me space to become independent and figure out who I was and what I wanted to do with my life.

There are a lot of electronic-pop singers these days. What do you think would make you stand out? I think I just have to be myself. No one can write the songs I do, and no one can sing the way I do—I believe that’s important for every artist to remember. Sometimes you might feel like you’re not good enough, or unique enough, but everyone is! Everyone has different personalities. So as long as I stay true to myself, I think that will make me stand out.