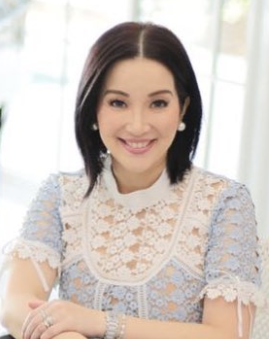 Kris Aquino has finally confirmed that she has signed a Hollywood deal.

Aquino previously gave limited statements regarding initial reports about her international project. Only recently has she disclosed that she finally signed the contract of her dreams.

Through a recent Instagram post, the “Queen of All Media” said that on Independence Day (June 12), she officially signed the agreement that would make her a part of a “major Hollywood movie.”

Aquino, while usually writing her posts in English, this time wrote her post in formal Tagalog, in recognition of Independence Day. She even apologized for not being able to translate the phrase “major Hollywood movie” in Filipino.

(On the day of our Independence, I signed the agreement that would realize my dream of becoming a part of a “major Hollywood movie.” Please forgive me, it’s difficult to translate the phrase in Filipino.) 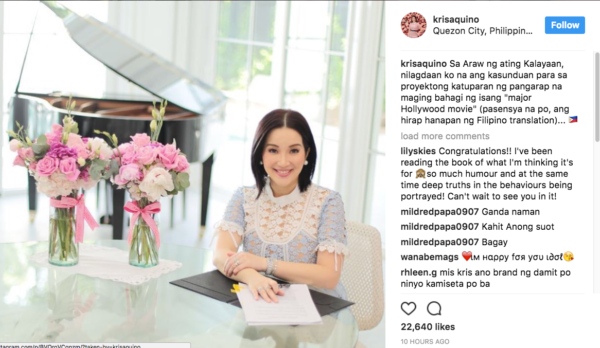 The TV host-actress was reportedly going to be a part of an international movie. Initial speculations stated that the movie was supposed to be the Hollywood adaptation of Kevin Kwan’s bestselling novel “Crazy Rich Asians”.

The actress even went to the United States in April, reportedly to sign a non-disclosure agreement with a studio regarding a project, further intensifying rumors that the project might indeed be for “Crazy Rich Asians”. However, the film has announced its list of cast, and the name of Aquino is not included.

Kris Aquino hints at TV comeback: ‘Where I belong’