The woman behind the ‘Wonder’ film | Inquirer Entertainment

The woman behind the ‘Wonder’ film 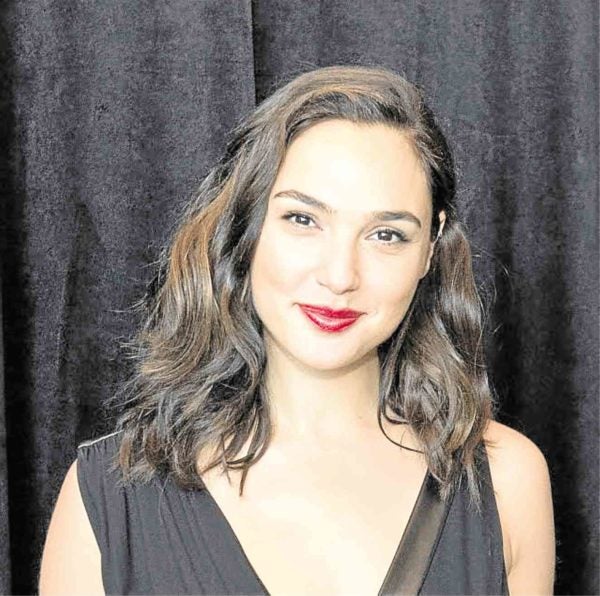 LOS ANGELES—Gal Gadot almost quit acting. Tired of the constant rejection, the actress—who was splitting time between her native Israel and the US—considered quitting because she was “just sick” of all the auditions for roles that went to other people.

Then, Zack Snyder asked Gal to audition for a role that she wasn’t even told what it was. After the screen tests, Gal landed the plum role in Patty Jenkins’ “Wonder Woman,” a blockbuster film that is now being hailed as the best superhero movie since Christopher Nolan’s “The Dark Knight.”

It took 75 years to bring Wonder Woman to the big screen. Gal does not disappoint in her portrayal of the golden lasso-wielding heroine. In fact, she is downright mesmerizing to watch.

“Never in my wildest dreams did I think I’d get to play Wonder Woman,” said the woman du jour, dressed in Michael Kors. “And I am happy. I truly believe that everything happens for a reason.”

“I was pregnant on ‘Justice League,’” Gal said with a smile of the Zack Snyder-directed movie where she also appears as Diana Prince/Wonder Woman.

Last March, the former Miss Israel gave birth to her second daughter with businessman Yaron Varsano. They live in both Los Angeles and Tel Aviv.

“I threw my back out three days ago,” the lovely 32-year-old shared. “It’s the stress, excitement, the baby and breastfeeding.” Later, at one point in our interview, she admitted, “I am starting to have milk. Sorry.”

How did you land the part? Did you have to audition?

Yes. But I almost quit acting. I was in America. I used to come here once or twice a year with my husband. I already had [my daughter] Alma. I had so many “almost [got the part]” and camera tests that I was just sick of them. The rejection was the hardest part about being an actor here.

I never dreamed of being an actress, [but] it happened to me. I was like, maybe it isn’t for me.

Then, Zack Snyder asked me to audition for something, [but] they wouldn’t say what it was for. I did the audition and went back home to shoot an Israeli movie. I didn’t even know if I would continue being in the [acting] industry at all.

While I was shooting the Israeli film, they asked me to fly to America to do the camera test. I said, “Great! What are they testing me for?” My agent said, “Oh, they didn’t tell you?” I said, “No, I have no idea.”

My agent said, “OK, they’re going to fly you next week. Hopefully, someone will contact you.” Two days later, Zack Snyder called me and said, “I don’t know if you have her in Israel, but did you ever hear of Wonder Woman?” Then, I did a camera test and got the part.

What was important to you in your version of Wonder Woman?

I wanted to show her flaws … that she can be the greatest warrior and, at the same time, be naïve, curious, blunt, confident and focused on her mission.

She can also get worried and not know what to do. The fact that she knows she isn’t perfect—for me, that’s what makes her interesting.

Patty Jenkins did a great job directing the movie, in a genre dominated by male directors. What was your experience like, working with Patty?

Patty is the type of person who knows how to create intimacy with the actors she works with. Through this entire process, I felt like she was there with me completely. I could brainstorm, riff and discuss anything with her.

I have mixed feelings when people say, “Oh, you got a female director because it’s a film about a woman.”
But at the end of the day, that was not why Patty was chosen. She was chosen not because she was a woman, but because she was the right person for the task.

Do you think of “Wonder Woman” as a girl-power movie?

How was the training for this movie?

Theoretically, I’d like the Lasso of Truth because it isn’t aggressive like the sword. It gets people to be honest, have no mask and just say the truth.

Did you have an input in the making of your costume?

It was more comfortable than the one I wore in “Batman v Superman.” That one, I wore for about 10 days only. We shot this movie for six months, six days a week. It was very intensive, so it was important for me to feel comfortable in the costume, so that I could fight, perform and feel at ease.

I didn’t have much say about the design. We pretty much continued what was already established in “Batman v Superman.” It was different, though—not in the look, but in the cuts. I had seven different costumes that all looked the same, but [with] a different fabric. It was certainly more comfortable.

Did you have any injuries on set?

I had many bruises (laughs). It’s funny because the hardest and most painful thing that happened to me was that I stepped on a sea urchin while I was shooting a fight scene in Italy (laughs). Other than that, I was pretty lucky. I was safe.

When you were growing up, who were your female role models?

The biggest one that I followed was Maya Angelou. I loved the way that she was expressing herself. I named my younger daughter Maya because she had the most effect on me—aside from my mother and grandmother, who were my immediate role models.

Who did you name your other daughter after?

My older one is Alma, which in ancient Hebrew means universe, and in Spanish means soul. I was looking for good meanings when I named my daughters. I feel great bringing them into this world. Thankfully, my husband gave me two beautiful, healthy girls.

When I had my girls. It’s cheesy, but when you deliver [a baby], you feel like you’re a God. “Oh, my God, I made this (laughs)!” So, the best feeling is to become a mother and give life.

How do you, as Gal Gadot, see mankind?

I am a people person. I love people, [so] I assume the best out of them. I am optimistic. I see the goodness in people. I feel that we all have the same aspirations, needs and dreams.

If you have kids, you want them to be healthy, have a good future and be happy. That’s something all of us can relate to.

I do feel that Wonder Woman symbolizes, in such a great way, kindness, warmth, acceptance and love. If each of us will have more of that, we’ll have a better society.

How are you adjusting to fame?

I don’t pay attention to fame. It’s just a side effect. Being very famous in Israel for many years now, I am used to what’s going on here with the paparazzi. It’s just white noise. The only great thing about it is that, now, I don’t have to go through exhausting auditions.

Now, I get the script and if I like it, I do it. If I don’t, I pass on it. That’s something mind-blowing to me. I feel very grateful for that.

Just throwing it out in the air: Patty Jenkins, “Wonder Woman 2.” As far as I’m concerned, I can do any movie with her. She is such a great partner.

As far as time zone is concerned, you know what I’m thinking? This is really off the top of my head—to do “Wonder Woman 2” in World War III and have her stop World War III. It’s very relevant.