Show must go on for Ariana’s PH concert 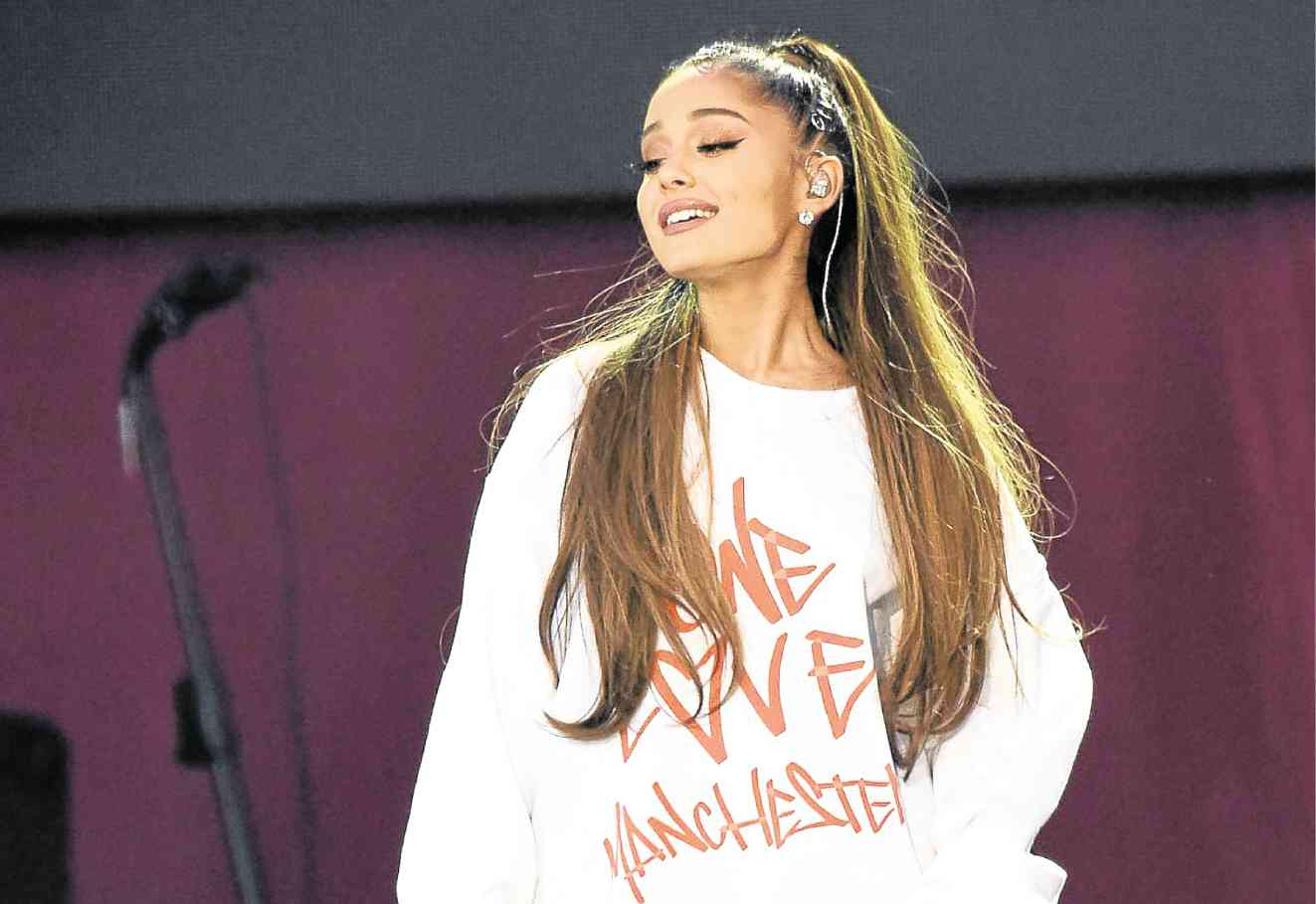 Ariana Grande in the “One Love Manchester” benefit show —AP

The terror attack in Ariana Grande’s show in Manchester, United Kingdom, in May cast a cloud over the succeeding dates of her “Dangerous Woman” world tour, including Manila, where she was set to take the stage at the SM Mall of Asia Arena on Aug. 21.

But in a recent announcement, MMI Live, the concert’s local promoter, confirmed that the pop star’s Manila stop will push through as planned. Ariana, who was forced to postpone seven shows in five European cities—London, Antwerp, Lódz, Frankfurt and Zürich—will resume touring today in Paris.

“After the conclusion of the European leg, the tour will continue to Latin America, Asia, Australia and New Zealand, as currently scheduled. See you in Manila!” the statement read.

Prior to the resumption of her tour, Ariana topbilled “One Love Manchester,” a fundraising show whose proceeds (US$12 million, as of writing) will benefit those affected by the tragedy in the United Kingdom. A suicide bomber ended up killing 22 concertgoers—many of whom were young girls—and hurting several others.

“I love you guys so much. The kind of unity you’re displaying is the medicine the world needs right now,” Ariana told the audience during the concert.

The charity event, which was held at the Emirates Old Trafford cricket ground on June 4, ended with Ariana’s emotional rendition of “Somewhere Over the Rainbow.” Also lending their stellar voices to the cause were Coldplay, Justin Bieber, Miley Cyrus, Katy Perry, the Black Eyed Peas, Liam Gallagher, Pharrell Williams, Niall Horan and boyband Take That.

In a powerful open letter she penned earlier to her fans, the 23-year-old American recording artist apologized for the trauma they may be experiencing, and pointed out that the way to respond to the violence was “to sing louder and live more kindly and generously than we ever did before.”

“We will not quit or operate in fear. We won’t let this divide us. We won’t let hate win,” said Ariana, who paid a surprise visit to injured “Arianators” recovering at the Royal Manchester Children’s Hospital.

Ariana’s Manila show will be her second in the Philippine capital (call 470-2222). She previously performed in the country in 2015, as part of her “The Honeymoon” world tour.