Star-studded pop concert to go ahead despite London attack 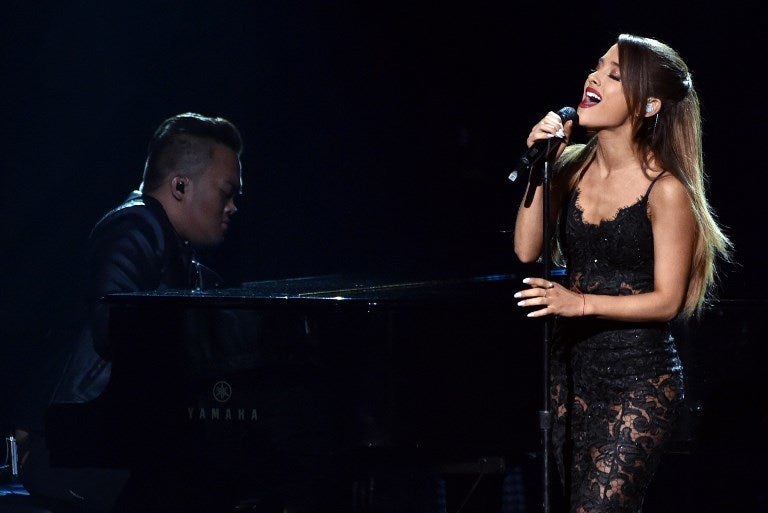 Nearly two weeks after a deadly suicide bombing at her concert in Manchester, US star Ariana Grande is planning to press ahead with a charity gig later on Sunday despite a terror attack on the streets of London.

Grande tweeted “Praying for London” after Saturday’s attack in which seven people were killed and 48 injured, while her manager Scooter Braun said the concert would go ahead “with greater purpose.”

“We must not be afraid, and in tribute to all those affected here and around the world, we will bring our voices together and sing loudly,” he said.

Manchester police said in a statement Sunday that there would be “additional security” in place at the event and asked people not to bring bags in order to speed up entry as “everyone will be searched.”

Grande will perform for a sell-out crowd of 50,000, less than a fortnight after the blast at the Manchester Arena which killed 22 people — a third of them children — and injured 116 more.

She is being joined by some of pop’s biggest names including four of the most-followed celebrities on Instagram in a show of musical solidarity.

Proceeds from the “One Love Manchester” concert will be donated to a fund set up to help the victims’ families.

Grande, who described herself as “broken” following the May 22 bombing, immediately returned to the US, interrupting her Dangerous Woman world tour.

‘In honor’ of victims

But the 23-year-old singer pledged to return for the charity concert, writing on her Instagram: “Music is meant to heal us, to bring us together, to make us happy.

“We will continue in honor of the ones we lost, their loved ones, my fans and all affected by this tragedy,” she added.

Fellow US pop singer Perry said she felt “humbled” to be part of the show.

“The music community stands together with love and in solidarity. I am humbled to be a part of this show,” she wrote on her social media accounts.

Grande on Friday made a surprise visit to injured fans being treated at the Royal Manchester Children’s Hospital.

“This means more to us than all the amazing things people have done,” Peter Mann, whose daughter Jaden was injured in the bombing, said after Grande’s visit.

Twenty-four children from a local school, some of whom were at the targeted Manchester Arena concert, will also join Grande on stage to perform her hit song “My Everything.”

They previously recorded their own version as a tribute to the victims.

The school’s music teacher Daniel McDwyer told a local newspaper, he was “so so proud” adding that it would be a “beautiful tribute.”

“Over 10,000 unscrupulous applications,” however, were made for free tickets, Ticketmaster said, with people applying despite not having attended the original concert.

Others tried to resell their tickets on eBay for £1,200. The online auction platform has since then pledged to immediately remove any item “which profits in any way from the tragedy in Manchester.”

Authorities who expect 130,000 people to be in the area on Sunday evening have taken steps to increase security measures.

“We have dedicated resources, with a significant number of officers from both Greater Manchester Police and colleagues from other forces, some of whom will be armed,” Chief Superintendent Stuart Ellison said.

The concert at the Old Trafford cricket ground will be broadcast by the BBC and livestreamed across several online platforms including Twitter, Apple and YouTube.

MTV also announced it would livestream the concert to make it available in 180 countries, encouraging fans around the world to donate and send supportive messages over social media.