From ‘unluckiest man in Hollywood’ to Superman 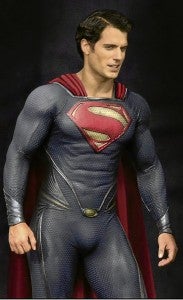 HENRY Cavill in the Superman suit: “It looked fantastic.” photo from screenrant.com

LOS ANGELES—Henry Cavill wants to set the record straight. Yes, he lost out to Daniel Craig for the James Bond role in “Casino Royale.”

But he wants to clear up reported near misses that led Empire magazine to call him the “unluckiest man in Hollywood”—that he lost the Superman role to Brandon Routh in 2006 and that he was almost cast as Edward Cullen in the “Twilight” movies.

The actor said, “Just to clarify, when it came to the Batman role, I am not sure where that rumor came from. Maybe I was chattered about around a table at some stage, but I never actually went in to audition for that. The ‘Twilight’ episode is possibly another Hollywood rumor. I believe the original author (Stephenie Meyer) was very keen on how I looked and said at one stage that I would make an ideal Edward Cullen. However, I was a lot younger at that stage, too. Then a few years later, the movie started getting made and of course, I was a few years older and therefore too old for the role.”

It wasn’t the first time that Henry was rumored to have lost a role to Robert Pattinson. Some “Harry Potter” book fans reportedly clamored for Henry to portray Cedric Diggory but we all know who got the role instead.

Anyway, we’re glad that Henry, who has a hit in “Immortals,” finally bagged another big role. He is the “Man of Steel” in director Zack Snyder’s reboot of the franchise with no less than Chris Nolan and Emma Thomas as producers. 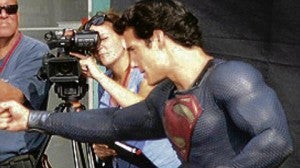 GETTING the “Man of Steel” role was extraordinarily exciting news for Cavill. photo from screenrant.com

Dressed in a short-sleeved brown shirt (that showed his enormous biceps), Henry posed like Superman after our interview. He’s now shooting the movie, to be released in 2013.

Henry, the first non-American to play Superman, was born in Jersey, on the Channel Islands off the coast of Normandy, France. He made his professional acting debut on “The Count of Monte Cristo.” You’ve probably seen him in the TV series “The Tudors.” He was also in Woody Allen’s “Whatever Works.” Below are excerpts from our interview:

You went through a lot of tests to get this role. Was it nerve-wracking to wait for the call if you made it or not?

The best trick with any of the audition process is just to go in there, do the best you can and then forget about it. Otherwise, you’ll be waiting every week of the year. You’ll be disappointed 90 percent of those weeks. 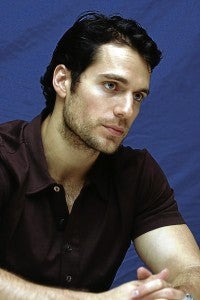 Getting the Superman role was extraordinarily exciting news so I was leaping around the house like a child as soon as I’d heard. But I didn’t pin any hopes on it being a yes purely because I’ve been there before. I have come very close to very big jobs. The less you build them up, the less it hurts when you don’t get them.

It came down to you and Daniel Craig for the Bond role in “Casino Royale.” How did you cope with that disappointment?

I don’t know how much is known, but 99 percent of our career is spent being told “No.” You get used to it … When Bond didn’t happen, it is a bit of a sting. But then you look at the result. Daniel Craig did an absolutely fantastic job …

Can you describe how you felt when you wore the Superman suit for the first time?

We went through various stages of development with the suit… I didn’t look in the mirror when I was putting the suit on. But then I looked in the mirror when I stood up. It’s one of those things I will never forget… It looked fantastic and I felt like Superman. It was an incredible moment.

Mickey Rourke told us that he took steroids to bulk up. Have you done that, too?

No. Nothing is more rewarding than hard work. When you really put yourself through the mill, eight months down the line, you’re looking at yourself in the mirror thinking, “I look 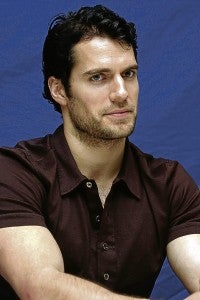 great and I’ve done it all by myself.” I am not saying that people who use steroids don’t put in hard work, because they do. But steroids merely increase muscle growth. They’ll make it happen more rapidly.

So it took eight months to bulk up like that?

So far, it has been eight months of training. It has been nonstop with a chap named Mark Twight who’s the founder of Gym Jones. He’s an extraordinary trainer and his techniques are constantly developing and adapting. I’m definitely continuing to train after this movie …

I read in an interview that you were overweight as a boy and kids teased you. How did you gain your confidence?

Some kids can be mean… But it was just a matter of ignoring what people say and who are saying things that deliberately hurt.

Jersey is a beautiful island. It’s also a very small island. We’re talking nine miles by five. You see the same people an awful lot. By the time I was 13, I was quite ready to get off the island. That’s why I was very keen to go to boarding school. (But) as soon as I went to boarding school, I was horrendously homesick …

How does a little kid from Jersey become Superman? When was the first time that you thought you could become an actor?

I was about 11 years old. I had just finished doing a school play. One of the teachers asked me to do it and I did it. I enjoyed it enormously. All the parents came up to me afterward and were saying, “You were absolutely wonderful and marvelous. We hope you do another next year.” It was at that stage where I thought, “ah, this is a pretty good feeling.” I did another one the following year and had a similar response. Then I went to boarding school and I had a similar response there … That’s when I started seriously considering maybe doing a drama course in a university.

Who is the most influential woman in your life?

My mother is such an incredibly strong woman… She raised a family of five boys extremely well. She made us all strong, loving, caring people. We all support each other. I’m really thankful to her. 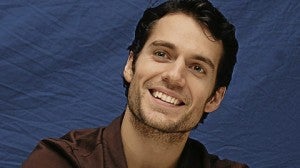 How has your life changed since you landed “Man of Steel” and “Immortals”?

I’m really enjoying the fact that I’m busy. There’s nothing like work to keep you out of trouble.