The tragic storyline of the Stark family remains as one of the most gut-wrenching plots of HBO’s epic drama series “Game of Thrones”.

Fans have long wondered when—or if—the remaining “Children of the North” will ever cross paths again anytime soon. Luckily for those longing for the reunion, they won’t have to wait until July to witness Jon, Sansa, Arya and Bran together anew. 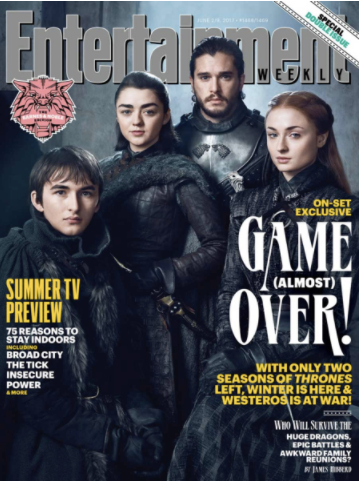 Aside from the characters’ new clothing, the shoot did not reveal much about their roles in the upcoming seventh season.

Still, it’s nice to see the foursome together again after enduring their personal trials and tribulations since leaving the comforts of Winterfell.

Meanwhile, all’s not lost for the Stark children, as Sansa (Turner) and Jon (Harrington) reunited last season and took control of the forces up Noth.