Cher at 71: Luck has so much to do with my success | Inquirer Entertainment
Close
menu
search

Cher at 71: Luck has so much to do with my success 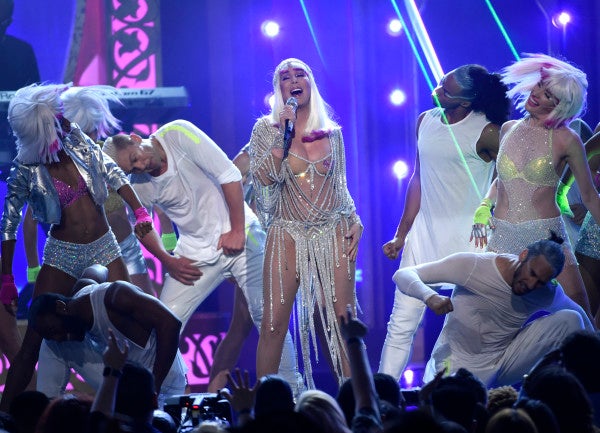 Cher performs at the Billboard Music Awards at the T-Mobile Arena on Sunday, May 21, 2017, in Las Vegas. (Photo by Chris Pizzello/Invision/AP)

The 2017 Billboard Music Awards didn’t just serve notice that Bruno Mars was one of pop music’s most formidable vocalists (with his octave-breaching rendition of “Versace on the Floor”) and Drake its biggest star (he broke Adele’s impressive feat and set a single-year record by taking home 13 awards, including Top Male Artist), it also acknowledged that Cher was second to none in the profession she had chosen to pursue.

Upon receiving the coveted Icon Award at the Billboard Music Awards in Las Vegas on May 21 (Monday morning in the Philippines), Cher began to wax nostalgic and said, “I’ve wanted to do what I do since I was 4 years old, and I’ve been doing it for 53 years. That’s not an ‘applause’ thing—I [turned] 71 yesterday, and I can [still] do a five-minute plank, OK?—Just saying.”

Then, the singer thanked her mom for pushing her way beyond what she thought she could do: “She told me, ‘You’re not going to be the smartest, prettiest or the most talented, but you’re going to be special. I think luck has so much to do with my success … It was mostly luck—and a little bit of something thrown in.”

The seasoned performer has won an Oscar (best actress for “Moonstruck”); three Golden Globes (for “Moonstruck,” “Silkwood” and “The Sonny & Cher Comedy Hour”); a Cannes trophy (best actress for “Mask”); an Emmy (outstanding variety, music or comedy special for “Cher: The Farewell Tour”); a Grammy (best dance recording for “Believe”) and even a Guinness Record (for being the oldest female solo artist to top the Billboard Hot 100, for “Believe”).

n 1982, Cher made her Broadway debut in Robert Altman’s stage version of “Come Back to the Five and Dime, Jimmy Dean, Jimmy Dean,” but has yet to win a Tony. —RITO ASILO