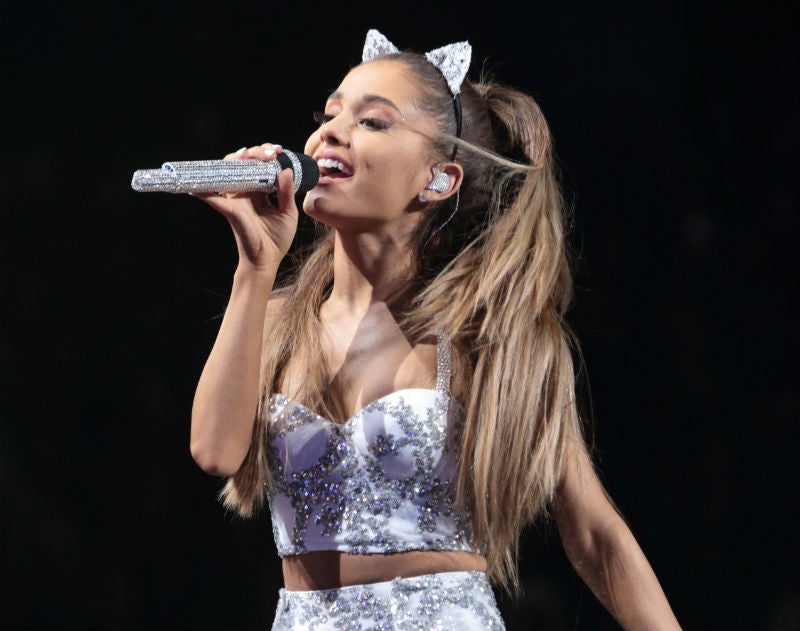 NEW YORK—Pop star Ariana Grande, whose concert was struck by one of Britain’s deadliest attacks in years, is a favorite of pre-teens rarely known for causing a stir.

The 23-year-old former child star called her last album “Dangerous Woman” but her controversies have been markedly low-key, with the “danger” in her lyrics more about love than anything more sinister.

Grande wrote on Twitter that she felt “broken” after the attack Monday evening at the Manchester Arena, which killed at least 19 people and injured 50 others moments after she left stage.

“From the bottom of my heart, I am so so sorry. I don’t have words,” she wrote.

Born in Florida, Grande showed promise from an early age in theater and by her teenage years had joined a Broadway musical, moving to New York where she sang on the side.

Grande entered the public eye when she was cast on the Nickelodeon sitcom “Victorious,” playing the talented but at times aloof high school student Cat Valentine.

Grande kept the feline imagery as she branched out into pop music, frequently sporting a cat-ear headband or tying her brunette hair up in pigtails.

Over the course of her three studio albums, her look has gradually turned more sensual as she sports slinky black skirts and sings of her power over men.

But unlike Miley Cyrus, a fellow onetime child star to whom she is sometimes compared, Grande never broke completely with the teenybopper image. Her “Arianator” fan base is full of young girls experiencing their first concerts.

In perhaps her biggest brush with controversy, Grande in 2015 released a feminist manifesto that attacked the focus on her, and other women’s, personal lives.

“The double standard and misogyny are still ever present,” Grande, who has more than 45 million followers on Twitter, said in the statement disseminated on social media.

“I can’t wait to live in a world where people are not valued by who they’re dating /married to / attached to, having sex with (or not) / seen with … but by their value as an individual,” she said.

In an interview last month with Cosmopolitan, Grande revealed that she has started running her show “from top to bottom” as she no longer felt comfortable putting her business in others’ hands.

“Now I’m very much in charge, and it feels amazing,” she said.

As a celebrity, she has occasionally found herself in tabloid press. In 2015 she was caught on camera with one of her back-up dancers licking the frosting off a doughnut and mumbling, “I hate America.”

She later clarified that she was proud to be American and was only critiquing her country’s penchant of overeating.

Grande has generally stayed away from activism, other than speaking out about her vegan diet as a way to reduce suffering for animals.

Raised Roman Catholic, she has said she left the church due to its position on gay rights and instead dabbles in the Kabbalah, a mystical branch of Judaism that has also drawn Madonna.

An Italian American, Grande in 2015 brought along her grandmother, whom she affectionately called “my nonna,” when she won a top honor at 2015’s American Music Awards.