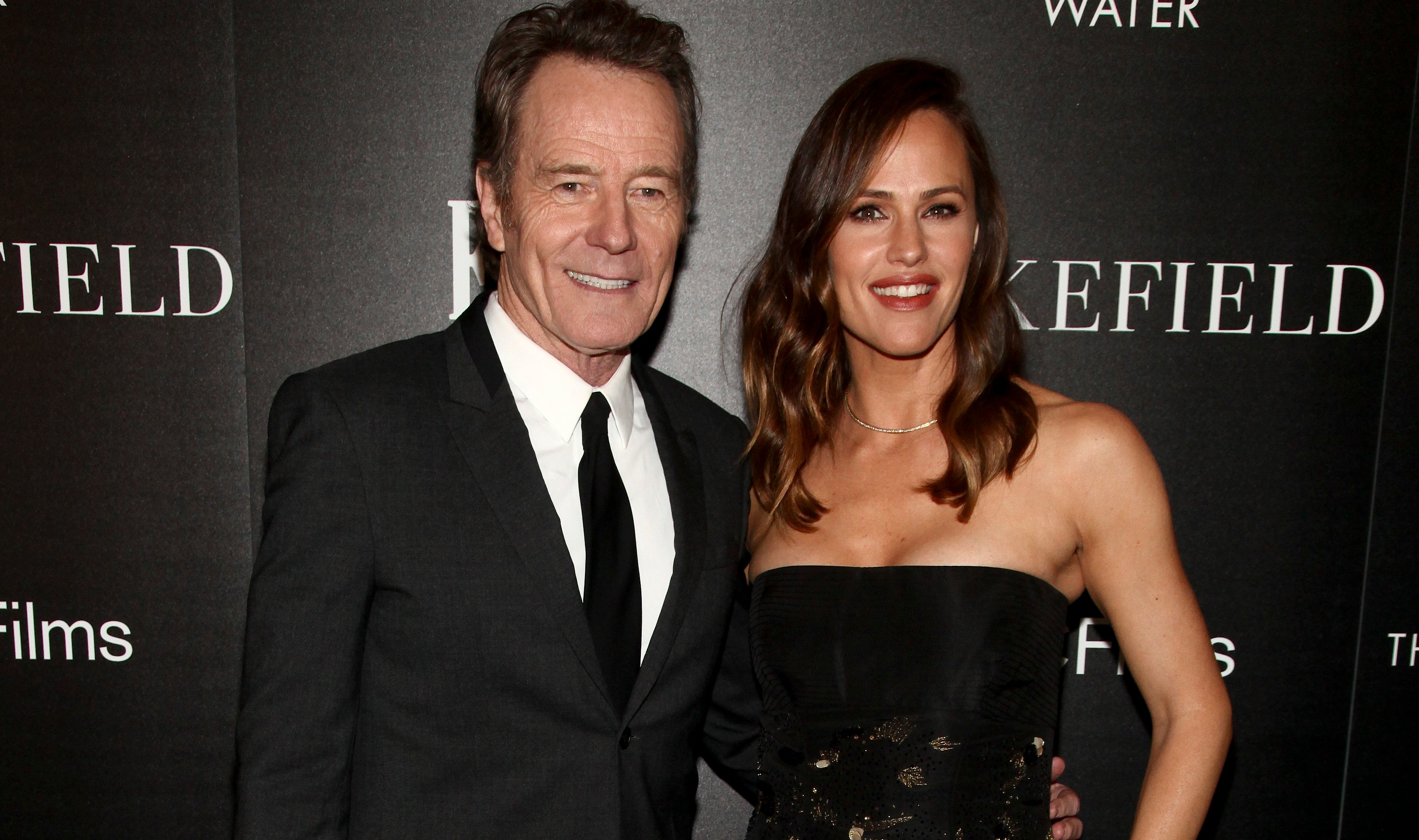 Bryan Cranston, left, and Jennifer Garner, right, attend a special screening of “Wakefield,” hosted by The Cinema Society, at Landmark Sunshine Cinema on Thursday, May 18, 2017, in New York. (Photo by Andy Kropa/Invision/AP)

Thanks to required intimacy training sessions to help them appear more natural as a married couple for their new film “Wakefield,” Garner discovered a lot about Cranston.

And she admits it was a feast for the senses.

“We sniffed each other. We checked out each other’s feet. This is true. But Bryan smells delicious. He smells, you know, like Ivory soap, and I would sniff him, you know, anytime,” Garner said before a special screening Thursday night in New York.

The idea came from writer-director Robin Swicord, who had very little preparation time for the film, so she thought it was best for Garner and Cranston to feel like a couple married for 15 years. And it seemed to have worked.

“I love working with Bryan because he takes everything very seriously. He’s incredibly prepared and is a pro and he’s excellent. There’s no one better than he is at what he does, but he also knows when to have fun and how to have fun,” Garner said.

The film is based on a short story by E.L. Doctorow, and deals with Howard Wakefield, a successful lawyer who has a breakdown and leaves his wife. But he doesn’t stray far. He just moves into his garage attic and spies on the life he left.

“I think Howard Wakefield is a very relatable character. You may not be in the same shoes as he is; he’s a wealthy Manhattan lawyer. But even that person feels the pressure of being trapped on a hamster wheel,” said Cranston.

“Take a personal day for yourself. And that’s what Howard Wakefield does. He takes a personal day, goes up into the attic to shut down, and the one day, unfortunately through a set of circumstances, becomes two, becomes three, becomes seven,” Cranston said.