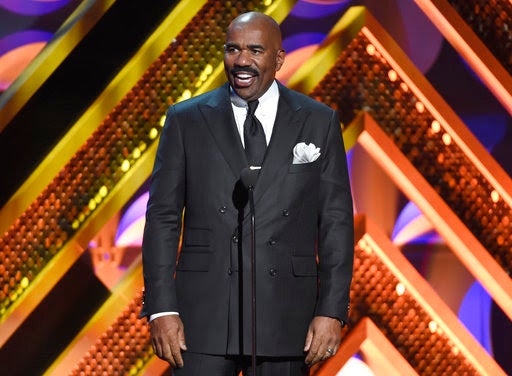 According to E! News and TMZ, Vaughn claimed that after her divorce from the 60-year-old TV host, her life became ruined and forlorn. She said that she even contemplated suicide after her highly publicized split with him in 2005.

Vaughn arranged a list of violations Harvey should be accountable for, including child endangerment, torture, intentional infliction of emotional distress, breach of contract and even “soul murder”—a combination of torture, deprivation and brainwashing. Her case was filed by an attorney whom she referred to as her “civil rights activist.”

The former couple share a 19-year-old son, Wynton, who is currently under the care of Harvey.  The TV host eventually married Marjorie Bridges-Woods in 2007.

In 2011, Mary narrated her troubling experiences with Steve in a series of now-deleted YouTube videos. However, she was arrested in 2013 for making allegedly false accusations, one of which was that Wynton was forcibly taken from her by Harvey.

Harvey has become well known among Filipinos for his blunder in announcing Miss Colombia Ariadna Gutierrez as the winner of the 64th Miss Universe tilt, only to announce minutes later that Philippine bet Pia Wurtzbach was the rightful victor.

Recently, he suffered a backlash for issuing a memo to his staff instructing them not to approach him during break periods.  Gianna Francesca Catolico /ra

This time, Steve Harvey happily got it right