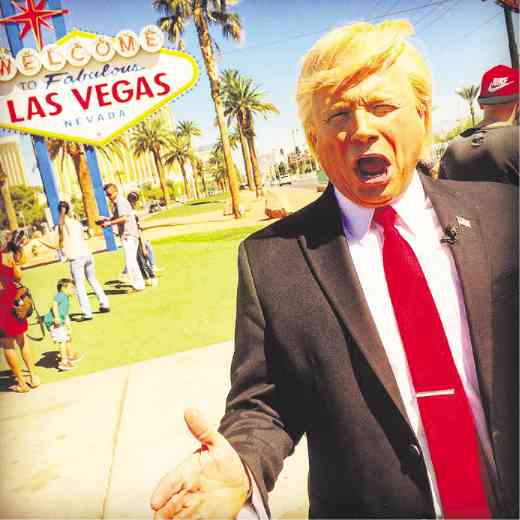 Some people think that new US President Donald Trump is bad news for the United States and the rest of the world, but American comedians beg to disagree.

They think that the colorful, idiosyncratic and opinionated chief executive is the best thing that’s happened to the comedy scene, especially on late-night television, and hail the Trump presidency as a new Golden Age for comedy in the States!

Some US presidents have been dim and dour, and played it safe to the point of utter predictability and boredom.

But, Trump is the opposite—he’s eventful and quotable on a daily basis! Even his most thoughtless and off-the-cuff tweets are like giggle-rich gags and punchlines.

Some of them are cluelessly unintended—but, they’re made even funnier due to the comedic inadvertence!

To “honor” the new king of Tickleville, Comedy Central recently held a Trump impersonation competition, with comedic impressionists from all over the world vying for the top plum.

After the satirical smoke and jokes had cleared, the winner was Las Vegas comic John Di Domenico.

What had made him funnier than the other impersonators?

Judge Darrell Hammond, who’s mimicked the Prez on “Saturday Night Live,” cited the topicality of his jokes and jibes, which indicated that Di Domenico did his homework.

In fact, he did so well that Comedy Central offered him his own TV showcase, which it described as “an online fake news comedy show.”

The winner was asked how he built up and polished his Trump satire, and he obligingly went into a lot of details: “It’s more than just getting the voice right. With Trump, there’s the throat placement, the nasal placement, the unusual pronunciation and vocal production—and so much of it is his attitude. With him, it’s always ‘I’m tremendous, I’m fantastic, I’m incredible!’”

Topics touched on by the winner and other contestants included the border wall with Mexico, China, Obamacare, the recent bombing in Syria, Trump’s “notorious” tweets—and his flirtations with women.

Aside from trendy, topical jokes and putdowns, the key to “getting” Trump right for aspiring comedians is their being able to see that “doing” him is more than just a matter of looking and sounding like him.

They have to realize that he’s unique in politics and comedy because what you see is what you get—a man who believes in himself so completely that he automatically focuses on his vaunted plus points—and denies the very existence of his flaws!

That amazingly totalized performance has worked so convincingly and well for Trump that it’s won him the biggest acting “award” of them all—the presidency of the United States.

So, to be similarly successful, his impersonators have to also be supremely confident and even self-delusional—all the way to the top!