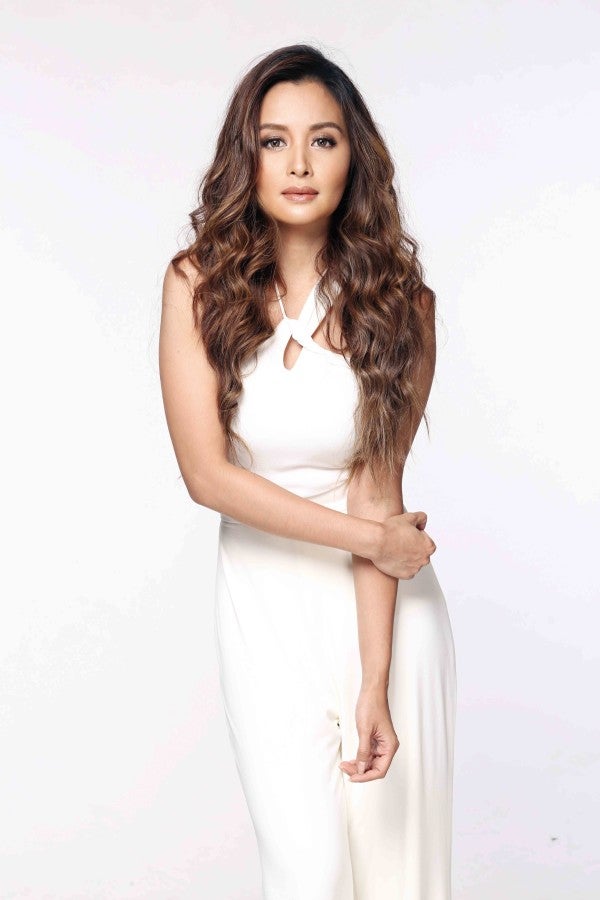 Kris Bernal has had enough of body-shaming in social media.

The Kapuso actress has, for quite some time now, been dealing with people chastising her for her physique, which they consider “too skinny.”

Some even go as far as accusing her of being anorexic or bulimic. The bashing only intensified when she recently posed for a men’s magazine wearing two-piece swimsuits.

“We should all learn to accept and appreciate different body types. I’m petite. I’m only 5 feet, 1 inch tall. I was born with a small frame—and I embrace it. If people don’t have anything nice to say, it’s best if they keep it to themselves, especially if they know they’ll end up hurting someone,” she told the Inquirer in a recent interview.

As part of her health and fitness regimen, Kris goes to the gym two to three times a week. Even that has been questioned by netizens. Why is she working out, they asked, when she’s already very thin?

“I don’t go to the gym to lose more weight. What I do is weight training, so I could gain muscle mass,” she pointed out, adding that people shouldn’t be too quick to judge others based solely on what they see online. They don’t see me every day. Sometimes, they talk as if they know everything.”

She admitted that such comments could be painful to read—and she has grown tired of explaining why she looks the way she does. So, now, when a follower doesn’t have any constructive comment to say, she simply blocks him or her.

“If I reason out with them, they say that I’m being defensive or guilty. There’s no way around it. But if I think they’re genuinely concerned about me or have something helpful to say, I do acknowledge them,” said Kris, who maintains a burger joint, as a business venture.

“Even my business isn’t safe from the haters,” she added, laughing. “They make fun of my burgers, saying that I don’t actually eat my own food. Or that, if I do, I force myself to throw it up.”

Despite some people thinking that she looks “unhealthy and frail,” Kris insisted: “I’m 100 percent healthy. When I started being conscious of my food intake and physical fitness, I became more active. I didn’t feel as sluggish anymore.”

More importantly, she has become more confident about her body. “Otherwise, I wouldn’t have agreed to do a photo shoot for a men’s magazine,” Kris quipped.

Her recent career move doesn’t necessarily mean that she would be doing sexy roles anytime soon.

“What you will see in the magazine is the farthest I can go. I actually had to seek the approval of my parents,” she related. “I was being courted by such publications for years, but I had to think about it really carefully, make sure that I would benefit from it.”

Kris is set to topbill the coming afternoon soap, “Impostora,” which is based on the 1994 movie, “Sa Isang Sulok ng Pangarap.” In the series, which also features Rafael Rosell, Ryan Eigenmann and Assunta de Rossi, Kris portrays two characters: the homely but kindhearted Nimfa and the sophisticated contravida, Rosette.

“I find Rosette more challenging, because I usually portray poor girls or damsels in distress,” she said.