Turn-ons and turn-offs on the boob tube 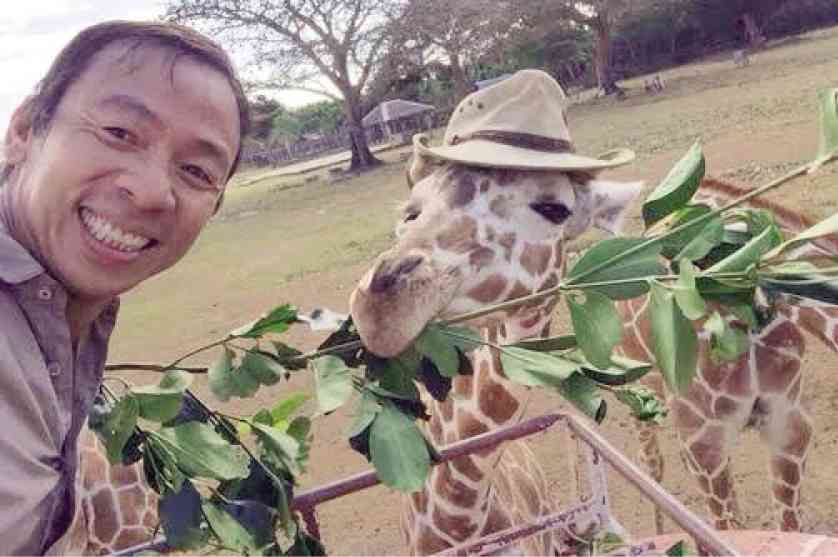 We’ve been watching and liking “Matanglawin” for a long time now, but a recent telecast of Kim Atienza’s “nature and adventure” show really made our viewing day with its exceptionally fun feature on exotic wildlife in an island nature preserve.

It was a delight to see Kim having the time of his life interacting with a “family” of giraffes, not just feeding them, but having a jolly “conversation” with them—high up in the air, at their level!

Kim even passed his “signature” safari hat on to a sociable giraffe that sported it with great flair and panache—a perfect “Instagram moment,” if ever there was one!

Trust the creative and inventive TV host to turn a standard nature feature into a spontaneously disarming and involving interaction that makes viewers want to do their share to boost his science and environmental advocacies—because it’s fun to do!

Also a high point in our past viewing week was the special performance on “Your Face Sounds Familiar—Kids” of jurors Sharon Cuneta, Ogie Alcasid and Gary Valenciano with their children—Frankie, Leila and Kiana, respectively.

It was an inspired concept that was beautifully realized by the performers, who clearly savored the unique musical moment and cross-generational bonding opportunity.

Viewers similarly enjoyed and appreciated the special number—a uniquely moving shared experience, because it proved that inherited musical talent is a gift that keeps on giving!

More such inspired musical concepts and moments on ABS-CBN, please.

On the other hand, some recent TV productions turned out to be duds and turn-offs, especially during Holy Week.

A number of shows came up with “drama specials” with a strong and insistent “religious” message—and many of them were shallow, hysterical, predictable and downright inept.

The stars who acted in the “specials” tried too hard to show that they could go “deep and serious,” instead of giddy and slap-happy—and failed big-time.

So, wannabe thespians should think thrice before attempting it, for fear of being exposed as the sensitive actors they’re not!

Final downer: On a recent telecast of a news and public affairs TV program, the usually competent host ended up as a fashion victim: She chose to wear an “eye-catching” and novel dress that made her look like she was wearing a red bra on top of her dark-colored outfit.

The shape and curve of the “design” in front obviously wasn’t intended to look like a brassiere—but, alas, that was the inadvertent result, and it was not how you want to “project” on a “topical” TV show.

What was the dress designer thinking? And, why did the TV host like the “unique” design enough to wear it?