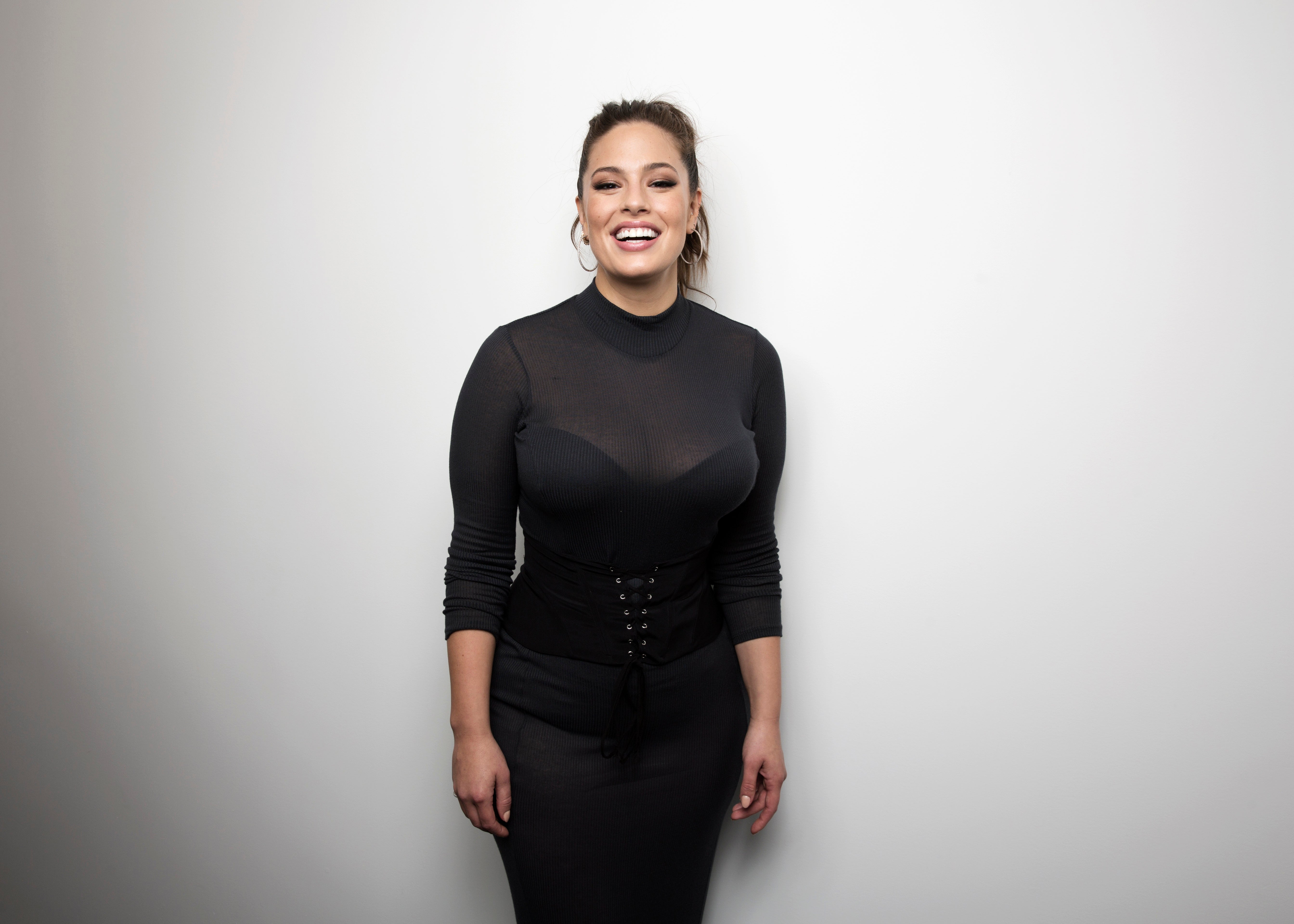 In this May 9, 2017 photo, model and author Ashley Graham poses for a portrait in New York to promote her book, “A New Model: What Confidence, Beauty, and Power Really Look Like.” (Photo by Taylor Jewell/Invision/AP)

NEW YORK — Ashley Graham may have curves, but she hates the term plus-size.

“Does any woman really just come in and say, ‘I’m a plus-size woman’? Maybe as a defense mechanism or maybe as a way to kind of cope with fitting into society but … I just think it’s divisive. I think labeling and putting a name on women in certain categories because (of) a (size) number inside of their pants isn’t really getting us any farther in life.”

She made it into the mainstream when she appeared on the cover of the Sports Illustrated Swimsuit 2016 issue. That led to other opportunities, including the cover of Vogue magazine and a gig as a judge on “America’s Next Top Model.”

She talked about her role models, achievements and critics in a recent interview with The Associated Press.

Associated Press: You’re an advocate for healthy body acceptance. How is the fashion industry responding?

AP: You’re known for your curves but you’ve been criticized for photos where it appears that you’ve lost weight. What do you say to that?

Graham: My weight is going to go up and down but, also, nobody can dictate what I’m doing. I’m a true size 14, I’m happy with my body, nobody has dictatorship over who I am.

AP: You also write in your book about fashion and curvy girls and how hard it is to find great clothes in bigger sizes.

Graham: I don’t know who’s making those clothes. I’m ready to come out with a line of clothes that’s affordable, that’s for all sizes. The beauty of being a curvier girl is that we’re all shaped so differently. But it’s sad because I really think there’s a lot of designers who do go up to a size 22, 24 but buyers are not buying them because they don’t think we’re gonna come in and buy it. So, it’s a vicious cycle, and I don’t know where it starts and stops … all I know is I’m talking about it and there are some designers who have been very open. Prabal Gurung is one who put curvy girls on the runway. Christian Siriano and Michael Kors, too, so it’s happening.

AP: You have a stylist and you know designers. Have any said they won’t dress you?

Graham: I haven’t experienced firsthand negative feelings of designers not dressing me because of my size, but if I did … you’d hear about it. (Laughs.)

AP: You also are a believer in vision boards, which are supposed to help people focus on specific life goals.

Graham: Vision boards are so important. If it’s not even an actual vision board up in your room, then write down what you want. There’s really something about getting it out and putting (it on) paper or a corkboard or whatever your thing is. I’m not a DIY girl whatsoever. It’s really for me to be able to see something before I go to bed and when I wake up in the morning to remember what I want, but also to say, you know what, let god’s will be done and hopefully this works out. I had Sports Illustrated on there, I had Vogue on there. It took me a couple years for the whole vision board to happen, but here we are.