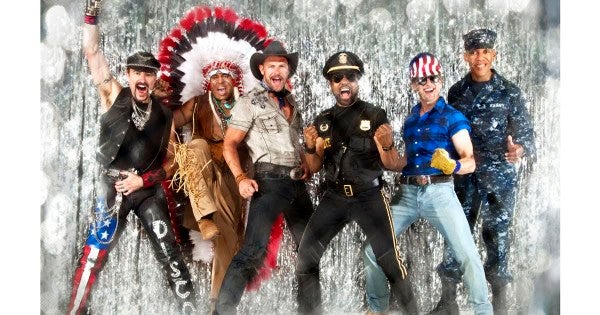 It may have already been almost 40 years since the Village People dominated clubs and dance floors all over the world with hits such as “Y.M.C.A.,” “In the Navy” and “Macho Man.” Still, it isn’t uncommon to hear these catchy disco anthems every so often, especially in parties or sporting events.

In this e-mail interview arranged by Zaccaria Concerts, Alex, who takes care of the vocal arrangements and harmonies the band uses, talks to the Inquirer about the group’s longevity:

You have been with the group for 40 years. What is the secret? Our energy. The six of us work well together, and we enjoy each other’s company.

What do you remember from your previous visits to Manila? In one of our trips there, we arrived amid heavy rain, and there was freshness in the air. We were treated very well by the promoters and the Filipino people, who have always been gracious.

Do you think the concept still works today? It does work. We have had thousands of fans writing to us, telling us that they dress up like us during Halloween—even for their daily attire!

There have been a number of lineup changes through the years. What inspires you to stay together? I love traveling, the people I work with and, of course, the audiences!

What did those changes bring to the group? Each person brings something new to his character—it’s refreshing!

What do you miss most about the scene during the 1970s and ’80s? Mostly the artists… since many of them are no longer with us.

Does being onstage still excite you? It still makes me laugh whenever I see someone in the audience dressed like us… And I still love what I do.

If you could have one of today’s artists join you for a gig, who would you choose and what character would you have him assume? Bruno Mars! He could fit in as a rock star.

What can the fans expect from your coming show? Please come see us perform. We will bring the party there, and everyone will have a good time.