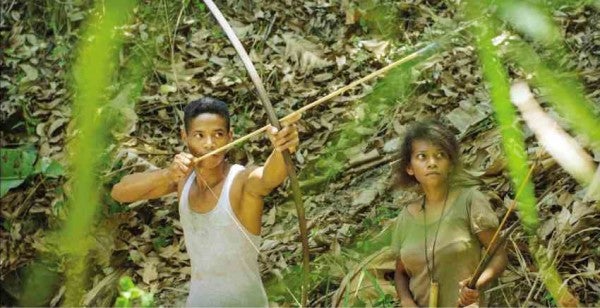 Zig Dulay’s “Paglipay” won in two festivals in Bali, Indonesia, this month. The Filipino movie bagged the Platinum World Award for International Feature Film at the World Film Awards, which was organized by the Cinema XXI, the largest theater network in Indonesia.

“I’m very happy for these honors,” Dulay told the Inquirer. “It feels good that our film was able to contribute to the good reputation of our country in filmmaking. Also, that we were able to give something back to the ToFarm fest, where it first won.”

“It’s overwhelming that we got the highest awards in these two events in Indonesia,” he related. “I am glad for the recognitions, especially at the IFFEHC which is an environmental and cultural festival—which are the exact same advocacies of our film.”

“Paglipay” tells the story of an Aeta man who falls in love with a woman from the city.

According to its site, the World Film Awards, set from May 11 to 12, seeks to celebrate films “with excellent technique and passion, [expressing] a strong message with a unique voice.”

On the other hand, the IFFEHC, scheduled from May 11 to 15, was established to “promote films on environment, health and culture issues… and intercultural dialogue [in pursuit of] acceptance and a deeper understanding of people and the diversity of life.” —BAYANI SAN DIEGO JR.