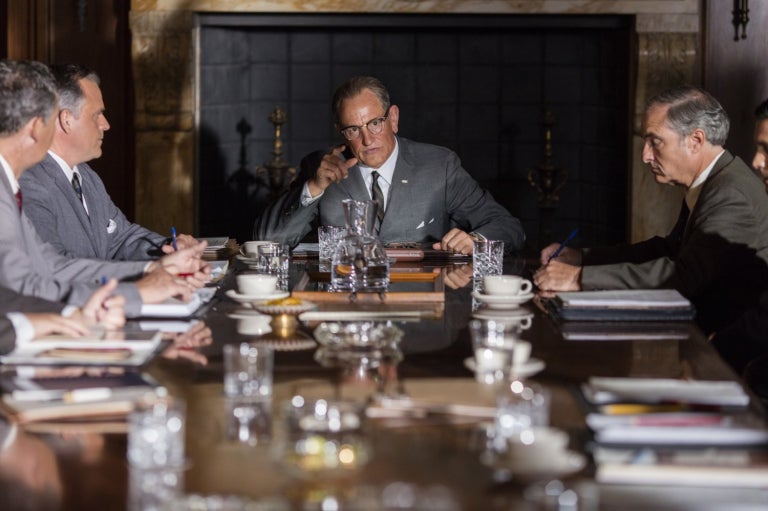 Woody Harrelson takes the lead role in the “LBJ” biopic, which opens in United States theaters November 17. The movie tells the story of the 36th U.S. President, from his childhood in rural Texas to his White House debut in 1963 and beyond.

To honor his predecessor’s legacy, Lyndon B. Johnson passed Kennedy’s historic Civil Rights Act in 1964. The Texan, from a modest rural background, went on to stand for election in his own right in 1964 and was re-elected U.S. president. His time in office was marked by race riots and political assassinations, including the assassination of Martin Luther King.

Woody Harrelson is joined on the cast by Jennifer Jason Leigh, playing the president’s wife Claudia Alta Taylor, more widely known under her pseudonym Lady Bird Johnson. Bill Pullman will play Ralph Yarborough, the only southern senator to vote for all civil rights bills from 1957 to 1970, including the Civil Rights Act of 1964 and the Voting Rights Act of 1965.

After a preview screening in September at the Toronto Film Festival, “LBJ” opens in U.S. theaters November 17. The film is directed by Rob Reiner, who previously directed the critically-acclaimed films “When Harry Met Sally”, “Misery” and “A Few Good Men”.

President Lyndon B. Johnson has been portrayed several times on the big and small screens in recent years. Since 2013, he has been played by Liev Schreiber (“The Butler” by Lee Daniels), Tom Wilkinson (“Selma” by Ava DuVernay), Bryan Cranston (HBO TV movie “All That Way”) and John Carroll Lynch in “Jackie” by Pablo Larrain. JB

“War for the Planet of the Apes” trailer 2 reveal

‘And So It Goes’: A movie about second chances