Charice Pempengco's mom to daughter's bashers: 'She gave us honor, let's give her respect' | Inquirer Entertainment

Charice Pempengco’s mom to daughter’s bashers: ‘She gave us honor, let’s give her respect’ 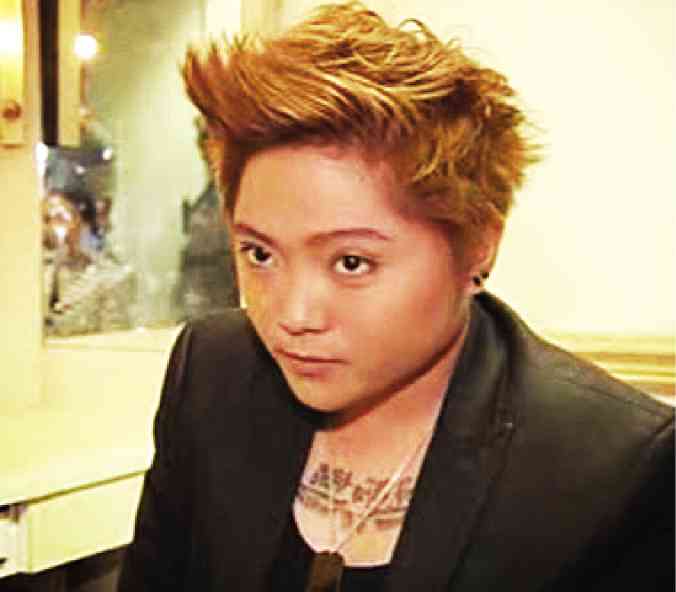 Charice Pempengco’s mother, Raquel Pempengco, appealed to the public to stop the social attack on her daughter. In a lengthy Facebook post yesterday, the singer’s mother pleaded to the people not to judge Charice and to stop calling her “laos“ (outdated), “purdoy“ (poor) and “nakikitira“ (living in another’s house).

She then stressed that no matter what, her daughter has given honor to the country with her internationally acclaimed performances and achievements, and therefore does not deserve such tags.

She also appealed to the fans to allow Charice the freedom to give life to the kind of music that her daughter wants to pursue now. 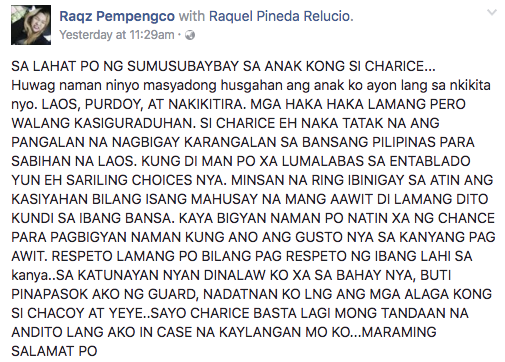 Charice shot to stardom through her powerful rendition of ballads which earned her international recognition, including support and nods from the likes of Ellen Degeneres, Oprah Winfrey and the legendary songwriter and producer David Foster.

Later on in her career, unexpected developments on her personal and professional life unfolded, from the murder of her dad to her coming out.

Just as she revealed her real sexual preference, she also shifted towards a different type of music. From performing the usual ballads, she began playing and recording rock-oriented music. Last year, she released the album “Catharsis” which reflects her love for the genre.

Recently, the singer admitted that her relationship with longtime non-showbiz girlfriend Alyssa Quijano has ended. JB