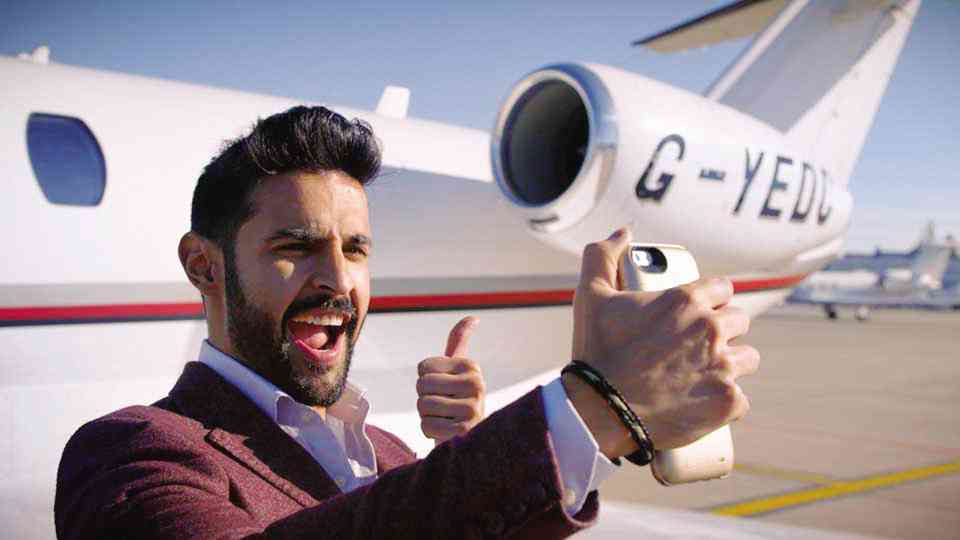 Reality TV shows about rich people viewers (enviously) love to hate are par for the course on television, but “Rich Kids of Social Media” is viewable, because it updates the old format to suit the trending times.

The telecast we watched last month featured fabulously wealthy teens and young adults who had one thing in common: They didn’t have to work!

Their indulgent parents subsidized all of their extravagant and even wasteful lifestyles to the enabler max, so all the unroyal princes and princesses had to worry about was how to fill their days and nights with exciting and expensive things to do—and be seen doing them!

That’s where the “social media” part of the show’s title kicked in, with all of the pampered youths featured having Instagram accounts that were followed by many thousands of avid “empathizers.”

Indeed, some of the rich kids were celebrities in their own right—even if they weren’t in show business.

Instructively, some of them had cannily found ways to make money out of their celebrity.

They had transformed themselves into brands that sold products either directly or indirectly, like jewelry and perfume lines for the similarly rich, famous and profligate.

In addition, they have become endorsers and “influencers” whose plugs for products are prized and paid for by entrepreneurs.

Most of the time, however, they concentrate on just enjoying themselves and acquiring the best and most expensive cars, clothes, jewelry, bags, shoes, accessories and vacation homes in multiple countries.

As for those million-dollar cars in their garage, viewers are “shocked” to discover that, whenever heavy traffic threatens, the rich kids don’t even use their va-va-voom vehicles, and literally fly from one appointment to the next—in even more expensive helicopters! The filthy rich are different from you and me.

Viewers are properly impressed by such “sky’s the limit” largesse and excess, and turn positively gangrene with envy as the rich kids are shown staying in presidential suites of posh hotels, spending a fortune on shopping sprees, etc.

Most instructively, however, after impressing viewers like heck for some minutes, the rich kids’ “shocking” profligacy quickly palls, and the telecast has a hard time keeping us interested to the very end.

The super-wealthy youths initially come off as edgily idiosyncratic, but are ultimately revealed or expose themselves to be self-centered bores who just happen to have a lot of money to throw around.

Thus, watching “Rich Kids of Social Media” is a downward spiral for viewers, who ultimately realize that money can’t be the be-all and end-all of existence, on TV and in real life.

However, we’re glad we caught the show, because it taught us a thing or 10 about how social media has transformed the media and relationship landscapes.

People who want to effect social changes to improve life and society should first make themselves well-known via the social and new media, then plug for and push their transformative advocacies and causes—with much greater reach, influence and convincing power!