Stars reveal how they handle bashing

The most painful verbal beating, as far as show biz celebrities are concerned, involves those directed at their loved ones.

These negative comments are the ones that often prompt actors like Daniel Padilla, Kathryn Bernardo, Matteo Guidicelli, Andi Eigenmann, Janus del Prado, Luis Manzano and TV-film director Mae Cruz-Alviar to try to fight back. Their thoughts on the matter:

“I’m very patient with bashers. I ignore them most of the time,” Kathryn Bernardo tells the Inquirer. “But when they start hitting members of my family, that’s the last straw.”

The actress adds: “I feel that I’m only wasting my time reading negative comments. As you get older, you realize that you have more important things to be concerned about—although ignoring them doesn’t mean the comments don’t hurt. I wish people would be more considerate.”

Now that he is 21, Daniel Padilla says he has become more mature and tolerant of bashers. “Deadma na lang,” he points out. In 2015, the actor was forced to stay away from social networking sites for a while after a hacking incident. At the time, he already had 25,000 followers on Instagram but had to create a new account.

“Although there are times when I can’t help but react, especially when the rumors being spread about me are stupid,” he stresses. “Sometimes, it’s too much for me to take, like when people said I jumped off a cliff [and died]. It was so silly.”

Comedian Janus del Prado says he is serious when it comes to handling bashers in his social media accounts. “While I did not have to deal with a lot of controversies in my 20 years in show biz, I still have my share of bashers. Like rumors, which I believe only get worse when you keep commenting on them online, bashers are best handled in two easy steps: block and delete.”

Janus says he is fortunate that he doesn’t encounter a lot of hateful comments online. “Bashers usually make fun of the sexuality of people photographed beside me. You’re just giving them what they want by reacting to their posts, so just be the bigger person and think that they just don’t have anything better to do with their lives.”

The actor says he also puts this disclaimer on his IG account: “Haters will be blocked. Consider yourself warned.” He explains: “This is not just for my bashers, but [those] of other celebrities, as well.” 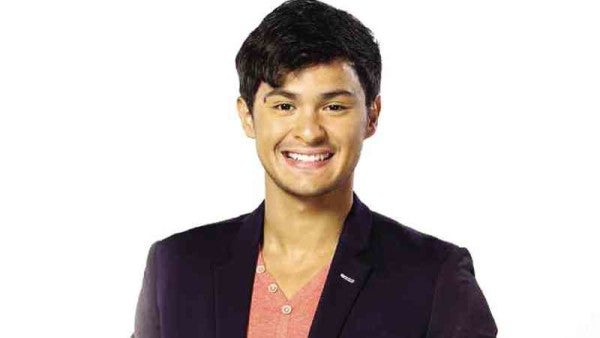 “I answer bashers as honestly as possible, and try not to hide anything from anyone,” says actor-athlete Matteo Guidicelli when asked how he handles controversies.

He points out that “while there are some things that you read (in the papers or online) that hurt you, it’s actually the way you process them [in your mind] and tackle them [in media]—that’s what matters.”

Matteo says he has read quite a number of nasty comments about him and the people he cares for, particularly his girlfriend, singer-actress Sarah Geronimo, “but if you know that it isn’t true, then you don’t need to process it.” 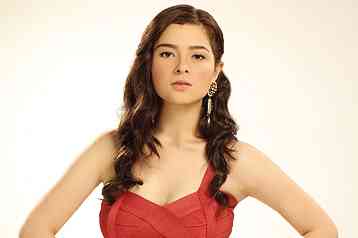 For Andi Eigenmann, the worst thing that has been said about her is that she is unfit to be a mom to her 5-year-old daughter, Ellie. “There’s no such thing as a perfect parent, but I’m doing my best. If I’m a failure as a mother, then why is my daughter growing up so beautifully?”

Andi says that while she loves acting (“it’s my focus and the only reason I’m in this business”), show biz is not her priority. “What’s important is that I’m living a peaceful life,” she says.

The actress is currently embroiled in a custody battle with Ellie’s dad, actor Jake Ejercito. “I’ve always been very vocal and honest—that’s my personality. I’m the type who doesn’t want to be accused of lying to the public, that’s why I always explain my side of the story whenever I can.”

TV and film director Mae Cruz-Alviar says she used to be more sensitive to negative comments when she was just starting out.

“When you’re young, you’re insecure about what you do. You need validation, so when you read them, you feel bad and question your capabilities,” she recalls. “Eventually, you learn to filter them and listen, but not dismiss them. You get something from them, too. Some points are valid. It’s just that some people don’t know how to express themselves respectfully.”

The director of “Can’t Help Falling in Love” adds: “I always let them know that ‘Hey, I hear you!’

“I feel offended when people post their comments on my personal photos on IG. They attack me because they don’t like what they’re seeing on TV, or on the big screen. I tell them that there’s a proper venue for this—you can send a private message. I’d say, ‘I respect your opinion, but please express yourself respectfully.’ I feel that young people should be taught etiquette in social media, and how to handle the power of communication.”

Mae shares with the Inquirer: “They’d say, ‘Wala kang delicadeza!’ I’d say, ‘Noted.’ Another would say, ‘Direk Cathy (Garcia-Molina) is a better director than you!’ I’d reply, ‘That’s true.’ Trolls get satisfaction when you’re affected, although it takes a certain level of maturity to not get affected by all the noise.”

Her advice to others who are facing a similar situation: “Don’t mind them. There are other people who appreciate you, anyway. There will always be those who will say something negative. That’s life in show biz. Like me, you’ll learn this after crying buckets.”

While other celebrities prefer to just keep quiet, TV-host Luis Manzano says he is “the exact opposite.”

“People say that I should take the high road in dealing with bashers, but I will be the one to tell you—bastos po ako, palamura ako. I will not pretend to be clean. If a basher hits me, he or she should be ready to be hit back. Our being TV personalities doesn’t give other people the right to attack us,” Luis points out.

The son of Lipa City Rep. Vilma Santos and TV host Edu Manzano adds: “They say the art of deadma is divine; I say, ‘To each his own.’ I don’t hate bashers. I actually enjoy dealing with them. Being on TV doesn’t make me a better person. I tell you, I’m the opposite of everything my parents are.”