‘Guardians of the Galaxy Vol. 2’ to show 5 post-credit scenes 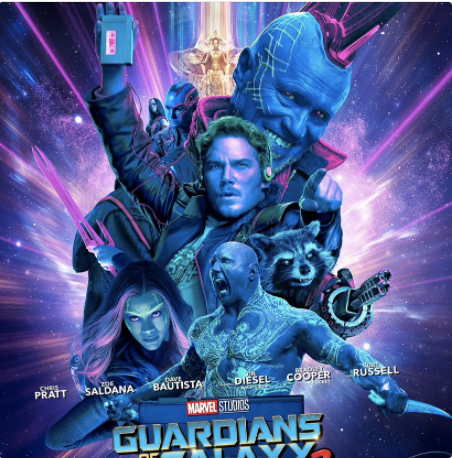 Guardians of The Galaxy Vol. 2 poster. Screen Grab from Twitter/@JamesGunn

Moviegoers usually stick around after the film ends, as the MCU usually offers one or two brief scenes, which are often critical for future movies.

But according to The Verge, the famed superhero studio is raising the bar up a notch, as the upcoming “Guardians of the Galaxy” sequel will have a whopping five post-credit scenes.

The highly-anticipated sequel was recently screened for critics in a Hollywood premiere, which previewed four of those teasers. The film’s director James Gunn confirmed that a fifth one will be played on its worldwide release. 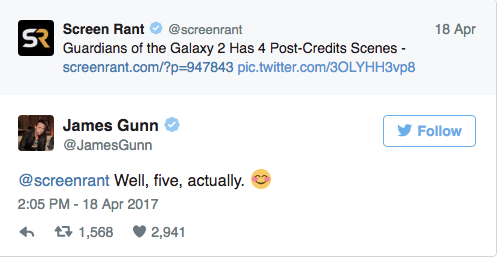 Although details of the scenes remain embargoed, the report confirmed that of the first four teasers previewed, one is indeed substantial to upcoming films, while the other three are goofy, fun and short ones which will surely amuse fans.

The post-credits tradition, meanwhile, started in the 2008 film Ironman, where S.H.I.E.L.D. director Nick Fury (Samuel L. Jackson) was first introduced. The bonus feature lived on ever since, highlighted by the iconic ‘Shawarma scene” in the Avengers film in 2012.

“Guardians of the Galaxy Vol. 2” with its five post-credits will open in cinemas on April 26. Khristian Ibarrola/JB